The East Beach neighborhood has two totally different personalities: the east side is primarily residential and hotels, while the west side tends toward the commercial and industrial—and is far funkier than the Funk Zone.

I parked near the south end of Dwight Murphy Field and headed north, toward the zoo. It was hard not to wish that the back of what is now the Mar Monte Hotel had been designed with as much care as the front. Any building that visible from a distance should present better. Anyway, not until this walk did I realize that two nearby buildings—Palmoro House and Santa Rosa—are also part of the hotel.

You could look at this sign and hear a nagging voice, but I choose to see the optimism in it—someone really believes it might change behavior.

There’s a lot of charming architecture in the eastern section of East Beach. The apartments below were hard to capture, but they were simultaneously cute and cubist.

And I love the stateliness of 1045 Orilla Del Mar Drive, notwithstanding its location across from the Mar Monte’s rear end, which is also where the Santa Barbara Airbus picks up passengers. Zillow has interior photos from when it was offered as a rental.

I spent a half a minute wondering what the purpose of this could be. Care to enlighten me? UPDATE 11/28: “It’s an Air Release / Vacuum Relief Valve housing for the city water system, which serves to minimize water hammer, as well as air intake during a main break,” says Peter. “Not something you would want in front of your house! I wonder if this confuses the trash collectors?”

The Inn at East Beach has midcentury bones and a sexy logo. Although I had driven by it before, I never realized that the courtyard pool is way below street level. The area isn’t hilly, so I don’t know how they achieved that. Are the poolside rooms dug into the earth?

And then there’s the “Motel 6 Classic”—I guess the “Classic” is supposed to get you in the midcentury mood. The pool is shaped like a heart with a squared-off hump.

The Cabrillo Inn is more my style, at least from the outside. I could see it being taken to the next level, as with the Hotel Milo, with a new color scheme and branding (and a total redo inside).

Taking a break from hotels, I headed up the street named Corona Del Mar, home to a number of delightful buildings.

Pictured below is the Old Yacht Club Inn. (“The original house is a California Mission Craftsman built in 1905 and was used as an interim clubhouse for the Santa Barbara Yacht Club in the roaring 1920s after the original was destroyed in a storm.”) The second photo is the 1935 Hitchcock House, which became part of the Old Yacht Club Inn in the 1980s. Now they’re both vacation rentals.

The Saint-Tropez is very Accidentally Wes Anderson, although the lack of a second green pot on the balcony would probably drive Anderson to distraction.

I don’t know if this was an optical illusion or just a tiny door.

It wouldn’t be a Walk With Me post without a shot of a great old car. I wish I could’ve seen what was under the cover in the second photo….

A Quonset hut! Native Son Design Studio is proof that architecture firms have the coolest offices.

Back to hotels. Every time I’ve been to the Santa Barbara Inn, I’ve been convinced that there must be a “real” entrance that I’ve just never found. You enter the hotel in a singularly depressing way, through a low-ceilinged parking garage. How did a building with such a grand presence elsewhere flub the entrance so badly? Was there supposed to be an archway that got value-engineered away?

As with just about everywhere in Santa Barbara, East Beach has some interesting foliage. The twice-bent palm at Milpas and Cabrillo remains a favorite, and if you love the trees of Cabrillo Boulevard as much as I do, you’ll want to revisit this post.

Approaching the Chromatic Gate sculpture, I wondered what the young woman huddling nearby was doing. Is there an outlet she was using to charge her phone? No! (Or at least I don’t think so.) She was preparing to practice rope tricks.

I had never been inside the Hilton Santa Barbara‘s rotunda. I’m sure it makes a fine venue for an event, but if most of the time it sits unused, it struck me as a waste of space. Parkland would be better than a giant paved circle.

And then a paraglider drifted overhead. Sometimes Santa Barbara really is magical.

Have you ever looked at a palm tree stump up close? I was reminded of the xylem and phloem of a carrot. (Amazing what one remembers from high school….) Also of note on S. Milpas: the fabulous “Look” sign that makes me want to bug my eyes out, à la Marty Feldman, and the sign singling out U2.

The area west of S. Milpas turns edgier, particularly around the PATH homeless shelter on Cacique. And I’m always amazed when I come across a stretch of dirt sidewalk in Santa Barbara. This isn’t to say there aren’t spiffy buildings, such as the one housing Challenge Asphalt and Savy, a marketing agency. (Talk about strange bedfellows.)

This building, however, makes me want to hit myself in the head.

At first I was sort of peeved at having to walk around these raised areas, but then I realized they reminded me of exploring Athens, where the sidewalks regularly narrow so much you’re forced into the street.

Picasso wasn’t the only artist with a Blue Period.

Different truck; different kind of blue. I was tempted to leave a few selfies tucked under the windshield wiper.

Much of this part of town is completely industrial, and it doesn’t make for very interesting walking. It’s a strange fluke of Santa Barbara geography that such prime land—so close to the beach—is used this way.

I don’t have a boat, but I always enjoy a West Marine store. The one on S. Calle Cesar Chavez was even better than I hoped. Perhaps those deck chairs would look great in the right house…? Or are they too medical-supply store?

West Marine and Whitcraft Winery‘s tasting room are the rare consumer-facing businesses in this microneighborhood. I wonder whether that’ll change, as the Funk Zone gets less funky and more expensive. High Seas Mead plans to open nearby—could more businesses be tempted to give it a try?

You’ll have to take my word for it, but as I approached, a little rabbit scampered through the hole in the fence. It was like something out of a cartoon.

Sometimes you really do have to pinch yourself.

Walk With Me…
• It’s Only Milpas Street (But I Like It)
• An Aimless Wander Through Hidden Valley
• Voyage to the Heart of the San Roque Spider Web
• Where the Streets Have Full Names
• Once Upon a Time in the Hedgerow…
• On the Golden Slope of Eucalyptus Hill
• The Past Is Still Present in Old Town Goleta
• The Haley Corridor Is Keeping It Real
• The Unvarnished Appeal of Yankee Farm
• Where Montecito Gets Down to Business
• The Small Pleasures of Bungalow Haven
• The Small-Town Charms of Samarkand
• Climbing the Back of Eucalyptus Hill
• Admiring the Backsides of Beachfront Houses on Padaro Lane
• Social Distancing Made Easy at UCSB
• In the Heart of the Golden Quadrangle
• Is There a Better Neighborhood for a Stroll Than West Beach?
• Up, Down, and All Around Montecito’s Pepper Hill
• E. Canon Perdido, One of Downtown’s Best Strolling Streets
• Montecito’s Prestigious Picacho Lane
• Whitney Avenue in Summerland
• School House Road and Camphor Place

What a FANTASTIC journey. Thank you for inviting us along.

I always wondered how such industrial and hard scrabble businesses survived in the area Whitcraft is so close to the beach. Then I worked in the Vercal building for a few years. Between the sewage treatment facility, Marborg’s portapotty cleaning space, and the transfer station just across the 101, well, that can be an exceptionally _fragrant_ area when the conditions are right.

Regarding the trash can look-a-like at 1015 Orilla Del Mar; it’s an Air Release / Vacuum Relief Valve housing, for the city water system. which serve to minimize water hammer, as well as air intake during a main break. Not something you would want in front of your house! I wonder if this confuses the trash collectors?

Thanks for the explanation!

This will explain the rotunda, in case you’re not already aware of its history: https://www.hmdb.org/m.asp?m=147913 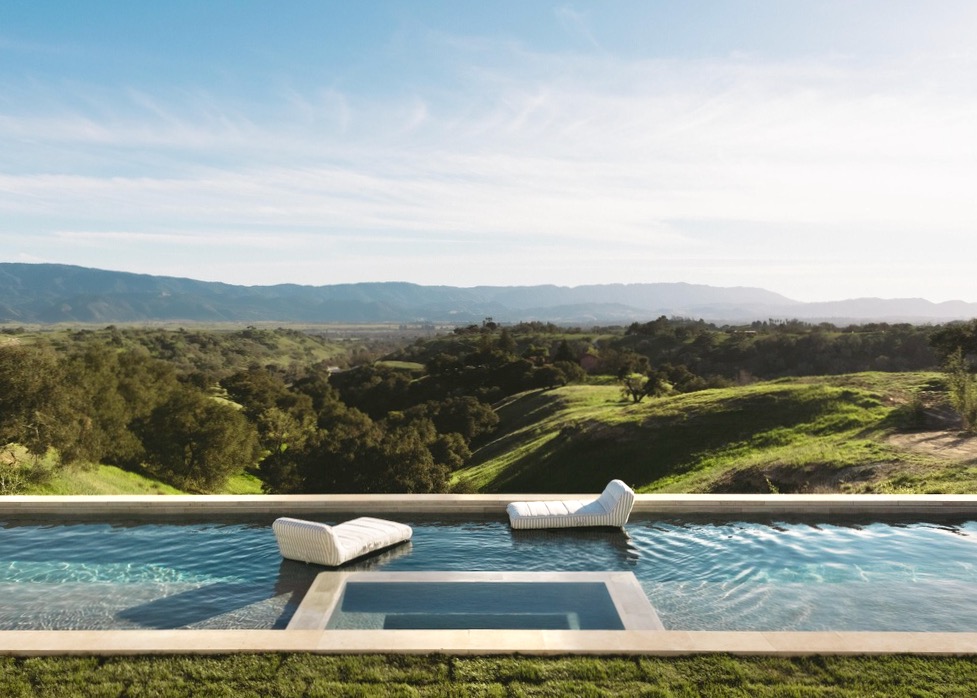