This is the second in a series of fortnightly walks, on streets chosen more or less at random. Because when you slow down for a stroll, you see so much more.

I imagine that most of us, when in Summerland, stay close to the cute commercial Lillie Avenue strip. Venture uphill, however, and you discover that Summerland still has a lot of appealing funkiness.

Last time I did one of these posts, I wrote about the walk chronologically. This time, it’s going to be more thematic—because Whitney Avenue has a break at the western end, because my husband got hot and rushed me along, and because I lost track of where exactly the photos were shot. They show up here mostly west to east.

The first thing you notice is the hills. That Summerland rises up from the coast is obvious—but it also has perpendicular ridges that make walking an effort. 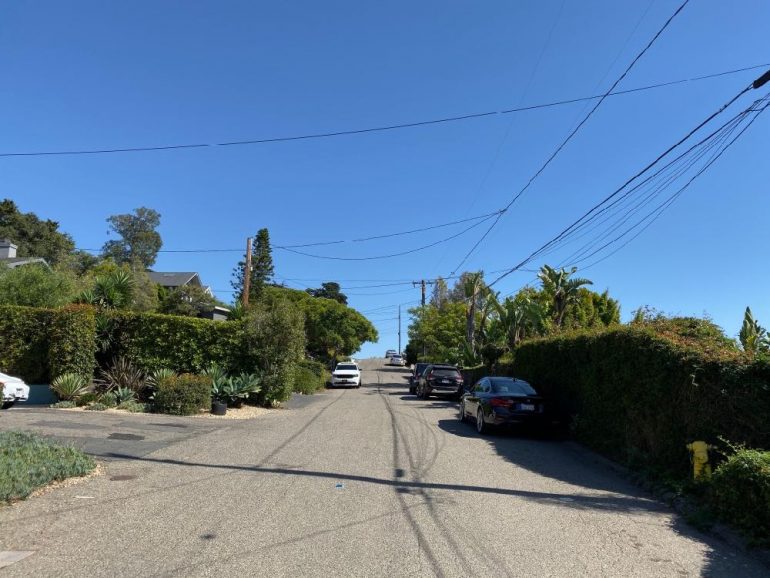 The second thing you notice: the spectacular views, particularly when you look downhill toward the water. 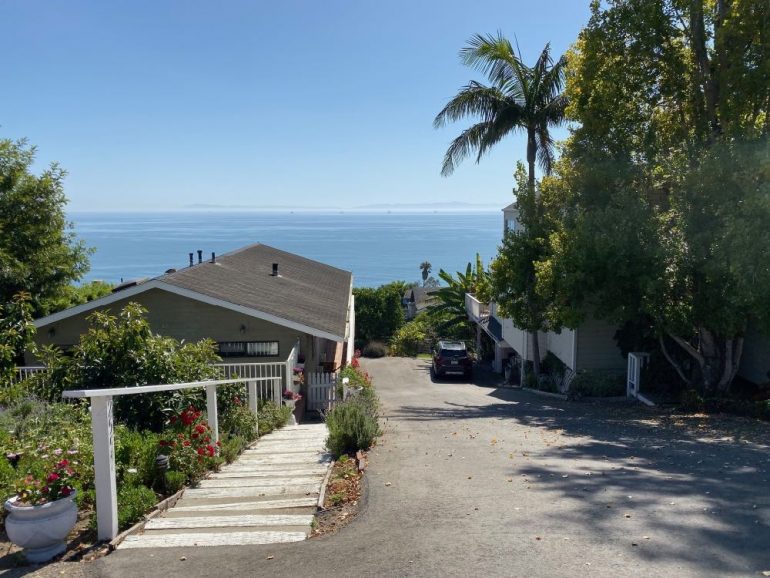 As in so many parts of this area, there’s a real variety of architecture—from old cottages to spiffy new houses. 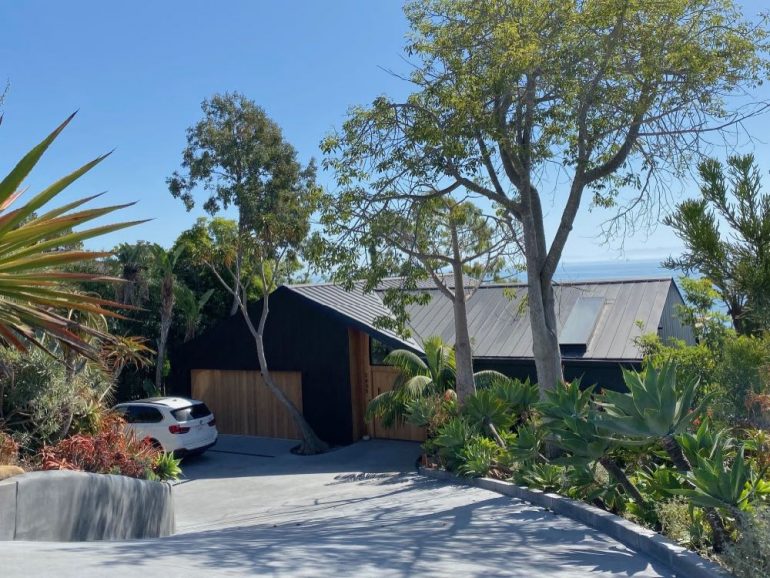 I was surprised by how lush the greenery is. Summerland doesn’t have the shade-providing oaks that Montecito has, so the streets are more exposed, but many of the gardens are robust. 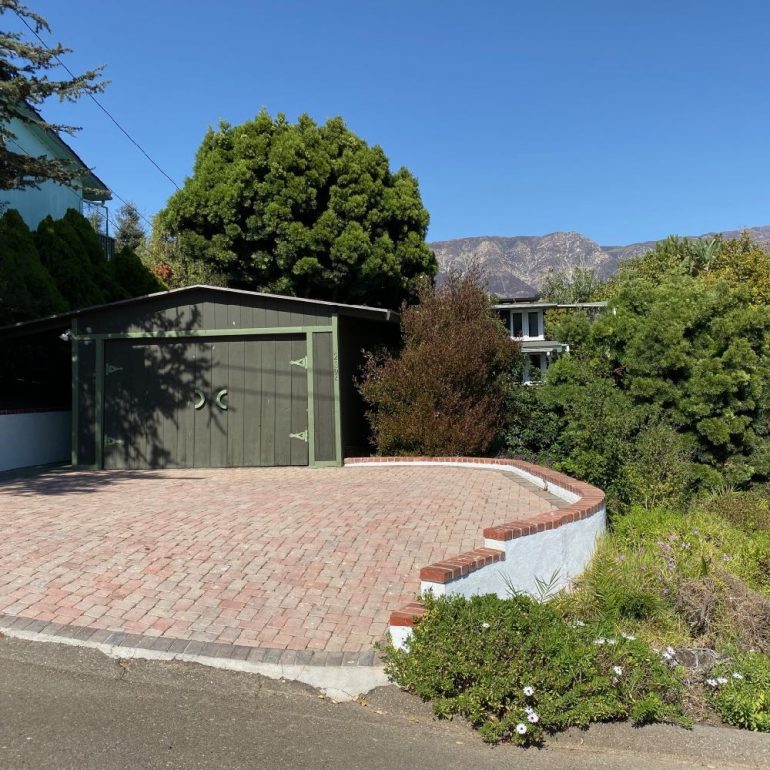 As with any walk, you have time to savor the details that make a place distinct. Below: What might be a topiary; a banana flower, which I had never seen before; a quirky mailbox (I think?); and one of several weather vanes. 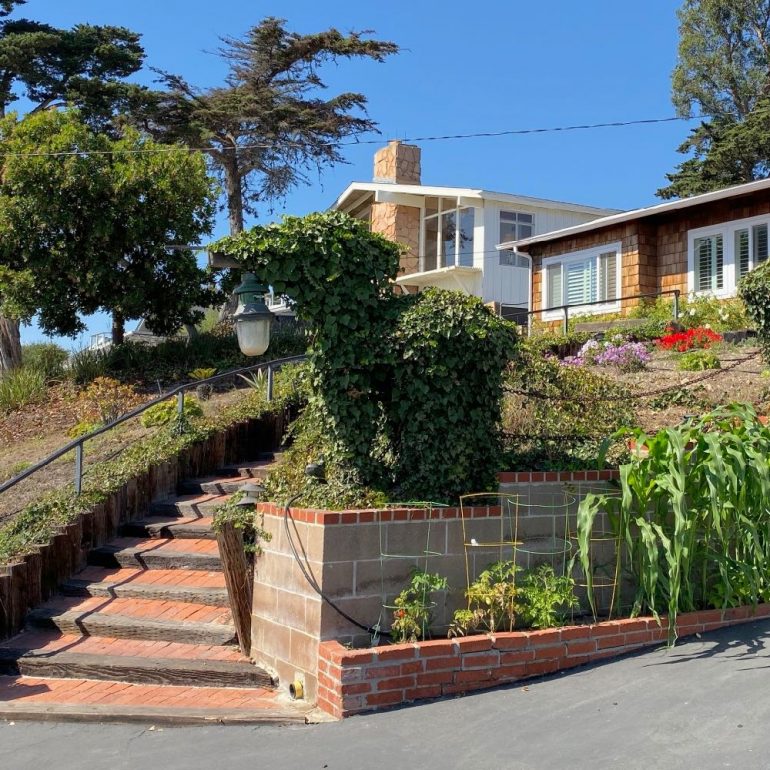 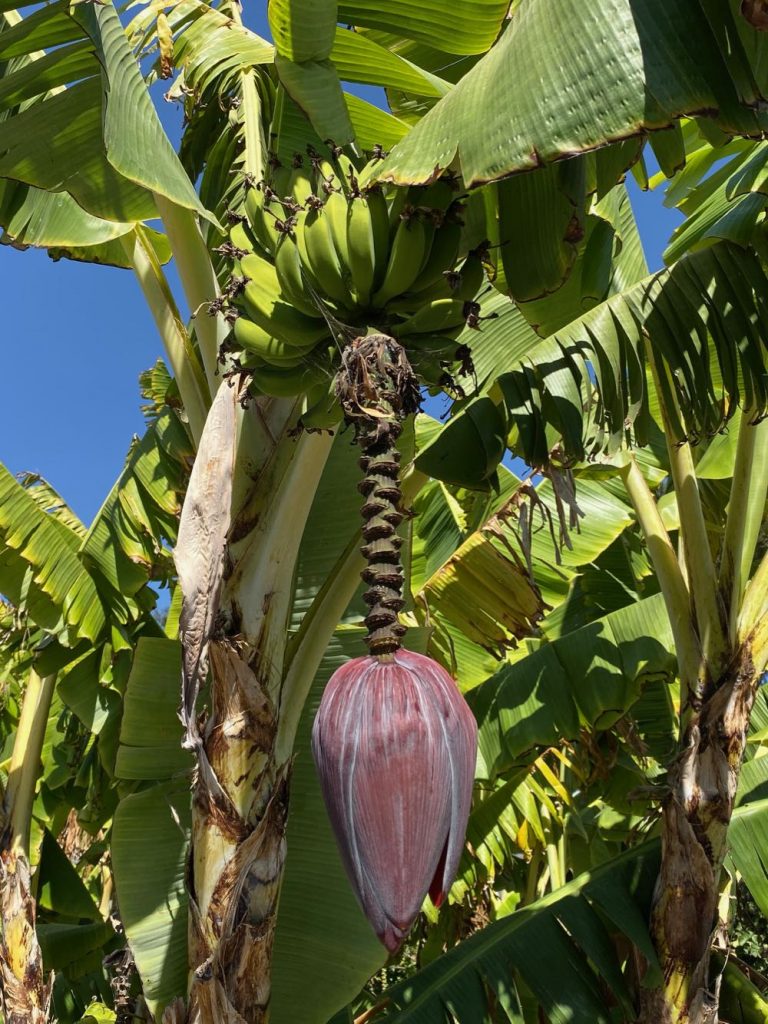 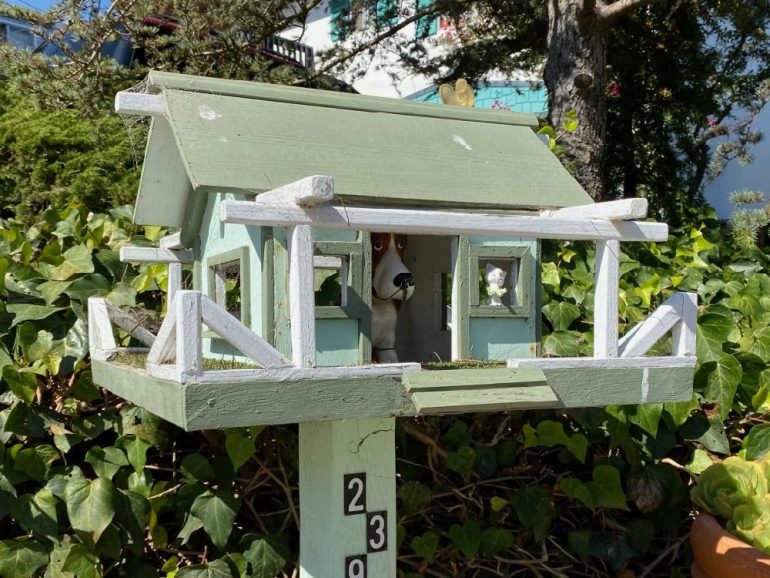 And I was delighted by the stub of Temple Street that extends to the north. If you look at the map at the top of this post, you’ll see that Temple Street exists further down the hill, then stops for two blocks before reappearing. Why, I do not know, since the houses on the stub could easily have Whitney addresses.

The map also shows a trail that runs from the north end of Hollister Street, all the way around to Calle Culebra, along with a walkway along Hollister south of Whitney. I didn’t explore either, to my chagrin. By that time, near the end of the walk, I was having a heat meltdown of my own. Anyway, here’s a detail from Montecito Trails Foundation’s essential map; another MTF trail leads from the north end of Olive Street. 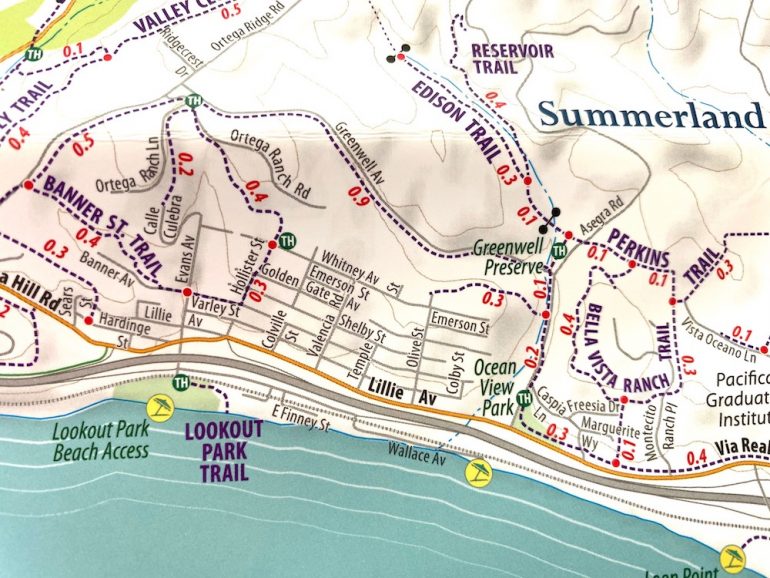 One reason I chose Whitney Avenue was to check out 2540 Whitney, currently on the market for $2.75 million. It has great ocean and mountain views but it was noisier than I hoped. I did love the tree in front (below).

Know of a street that warrants a close-up? Email [email protected]