The restaurant industry in greater Santa Barbara is roaring back—the establishments below are only the ones we know about, and there are undoubtedly more in the works.

COURTHOUSE TAVERN
An all-day restaurant in the former Little Door space—across from the courthouse, hence the name—from Warren Butler of Chase Restaurant & Lounge on State Street. Opening forecast: As of a month ago, June 15 was the goal.

RASCAL’S
Dalan Moreno is setting up shop at the Venus in Furs kitchen most recently occupied by Barb’s Pies for at least six months. We can expect vegan offerings similar to what he was cooking at his Bibi Ji pop-up. Opening forecast: June 19.

RIVIERA BAR
In March 2020, it was reported that Riviera Bar would be opening at 20 W. Figueroa, once the home of the Sportsman dive bar, and by June the interior looked good and ready. But the bar never opened. (Damn pandemic!) The proprietor is Kevin Boss, an operator of the Shoreline Beach Cafe and an original partner in the Paradise Cafe. Opening forecast: Shooting for mid-July. 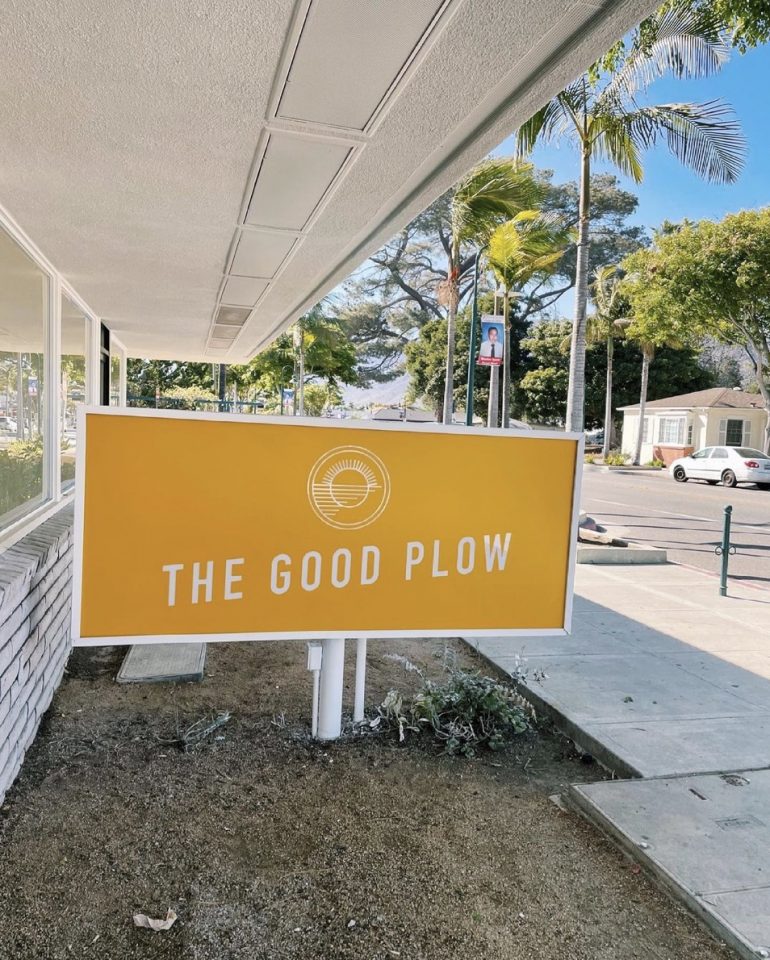 WYLDE WORKS
Wylde Works, maker of mead and kombucha, has big plans for 609 State Street (Ortega/Cota): it’s brewery will be there, along with a tasting room (for hard and nonalcoholic beverages) with a simple menu, and a “hangout lounge.” Opening forecast: July.

BAR LE CÔTE
Daisy and Greg Ryan of Bell’s are partnering with Brad Matthews, who will also be the chef, on a hotly anticipated “seafood tavern” in the former Sides Hardware & Shoes space in Los Olivos. Opening forecast: Late July or early August. (Photo by Carter Hiyama.)

COAST RANGE
The former Mandarin Touch space in Solvang will be home to three concepts from chefs Anthony Carron, Lincoln Carson, and Steven Fretz and sommelier Rajat Parr. The first, Vaquero Bar, has opened; the other two are a daytime café/deli and a “dinner-only steakhouse and seafood restaurant […] celebrating farms, ranches and seafood of the region, including product from the owners’ Santa Ynez ranch,” as per the Santa Ynez Valley News.  Opening forecast: Summer. (Photo by Jeremy Ball.)

TIMBERS
Sandy Boyd and Woody’s BBQ are partnering on a restaurant in the Winchester Canyon part of Goleta. Opening forecast: Summer.

LOW PIGEON
Low Pigeon has plans for a second café in the Los Arcos multi-tenant space at Anacapa and Ortega, and while coffee remains the focus, there will be grab-and-go food, too. Opening forecast: Late summer.

RORY’S PLACE
On Ojai’s main drag, sisters Maeve and Rory McAuliffe are opening Rory’s Place, which “will have a raw bar and a wood-fired grill, along with pay-what-you-wish nights featuring surplus and imperfect produce from local farms.” Opening forecast: Late summer.

REUNION KITCHEN + DRINK
La Sirena and the folks from the Beachcomber at Crystal Cove are out at the recently renovated Cabrillo Pavilion; taking their place is Reunion Kitchen + Drink, a growing chain from Orange County. The 117-seat establishment—with 42 of those out on the patio—will initially be open for lunch, dinner, and weekend breakfast; if there’s demand, weekday breakfast will follow. The menu will be along the lines of the all-American ones at the other Reunion Kitchens, but with more seafood. And there will be a walk-up counter for takeout. Opening forecast: September 1.

THE KITCHEN
Kiva Cowork cofounder Diana Pereira and Mesa Burger’s Chris Chiarappa are partnering on a shared commercial kitchen in the former Samy’s Camera space at 530 State Street (Cota/Haley) that will also have “a unique restaurant and retail experience.” It was formerly known as Kitchen 530. Opening forecast: The last anyone heard was fall.

EVERYTABLE
The restaurant at the base of Amazon’s office at State and Carrillo will be the first outpost outside L.A. of Everytable, a chain with the noble mission of “making nutritious, fresh food affordable to all.” To achieve that, it charges more in well-off areas to subsidize meals in poorer communities. The food is standard desk fare—salads, bowls, and wraps, heavy on sliced or diced chicken breast. Opening forecast: When asked when the Santa Barbara location might open, a customer-service agent replied, “We do not have a timeline for any open date for Santa Barbara at this time.” A follow-up question whether the restaurant is still happening at all—there’s no longer any mention of it on the website—elicited this response: “We currently cannot confirm if we will open in Santa Barbara.”

AUGIE’S
Local tequila brand Augie’s is opening a tequila bar and restaurant at the corner of State and Ortega. Architect Jeff Shelton is going to zhoosh up the building. Opening forecast: Unknown.

CORAZÓN GUISADOS
Corazón Cocina’s Ramón Velázquez will open his third establishment—the second was the Corazón Cocina outpost at the Project* in the Funk Zone—in the former Ca’Dario Pizzeria space at 29 E. Victoria Street. According to the website, Corazón Guisados will be “a fast casual restaurant concept featuring street tacos and Mexican food,” while its Instagram bio promises “homemade guisados, tamales and churros.” (*Should we start to worry that the Project restaurant is not coming back?) Opening forecast: Unknown.

RESTAURANT AND BAR AT 1187 COAST VILLAGE ROAD
Mike Sheldon, former CEO of Curvature, is opening a restaurant and bar on the lower level of 1187 Coast Village Road, where Khao Kaeng used to be (and the space across the way). No word yet on what his plans are. Opening forecast: Unknown.

EL ROBLAR
Eric Goode—of the turtle sanctuary and Tiger King—bought the former Oaks at Ojai spa (before that, it was El Roblar hotel) with Warner Ebbink (Little Dom’s Seafood) and Ramin Shamshiri. They’re renovating the property with the goal of reopening as El Roblar. Brandon Boudet, Ebbink’s partner/chef at Little Dom’s, will be the chef at the hotel’s restaurants. Opening forecast: By year end.

THE INN AT MATTEI’S TAVERN
The landmark Los Olivos property is being run by Auberge Resorts, with a café called Felix Feed & Coffee; a “California ranch-inspired restaurant” called the Tavern; and “a small-but-mighty tap bar and smokehouse” called Gin’s Tap Bar. “Paying homage to Gin, the longtime chef of the original Mattei’s who was of Chinese descent, the smoker smolders, lending incredible zing to the novel menu that juxtaposes traditional ranch smoking techniques with the flavors of Shanghai.” Opening forecast: Early 2022.

GOLETA BEACH RESTAURANT
Applications have been submitted to the county for the former Beachside Bar Cafe space at Goleta Beach. Opening forecast: Unknown.

FOOD-AND-BEVERAGE COMPLEX AT STATE AND GUTIERREZ
The former Casa Blanca and Fit Buddha parts of the Andalucia Building at State and E. Gutierrez are being turned into a complex with a bar; a kitchen; spaces on the floor plan labeled “food vendors, “bakery/coffee/dessert,” and “wine”; 3,400 square feet of seating area; a “lounge”; an outdoor “event area”; a 900-square-foot “display space”; and trellised outdoor seating. On the plans submitted to the city, the owner is listed as Bryan Maroun, who was most recently the general manager of Sunstone Winery; a liquor-license application has yet to show up in the state’s online database. Opening forecast: Unknown, but construction appears to be underway.

Know of an establishment that’s not on this list? Email [email protected] or text 917-209-6473. And subscribe to Siteline’s email newsletter so you’ll never miss a post.

Heard 102 Yanonali is becoming another brewery.

I couldn’t find anything to confirm that, but the building was just bought (for $10.35 million) by MBB Santa Barbara LLC, which appears to be run by Michael Bollag.

Isn’t Michael Bollag the one that owns the entire mountain above Hendry’s Beach off Las Positas?

Talking to a friend that lives in San Roque and the news is that a couple that are in the food business purchased the property where Mackenzie market was located. Rumor is they paid close to 5 million dollars and they plan to open a restaurant with lots of outdoor seating.
I am shocked that there seems to be so many restaurants opening up in Santa Barbara in the near future. That location is perfect for an outdoor restaurant. Full bar.? Let’s hope so.