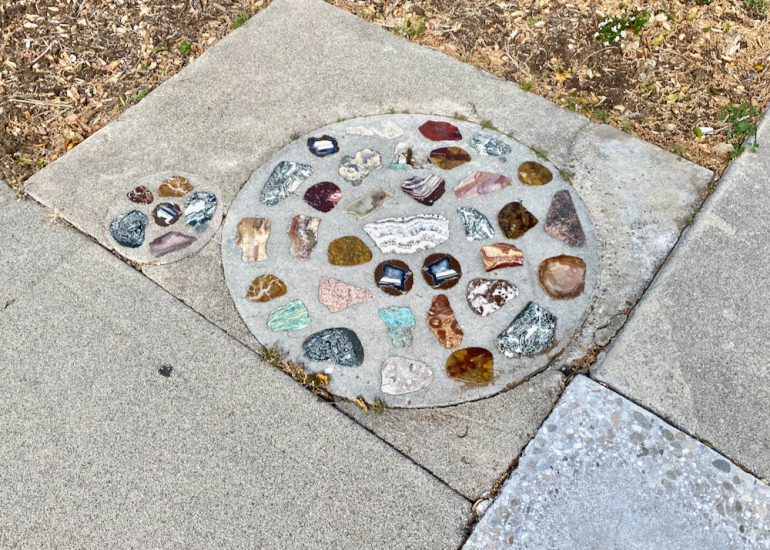 Update: Congratulations to Jenna for correctly identifying this as the northwest corner of State Street and W. Padre Street, near the First Congregational Church of Santa Barbara. 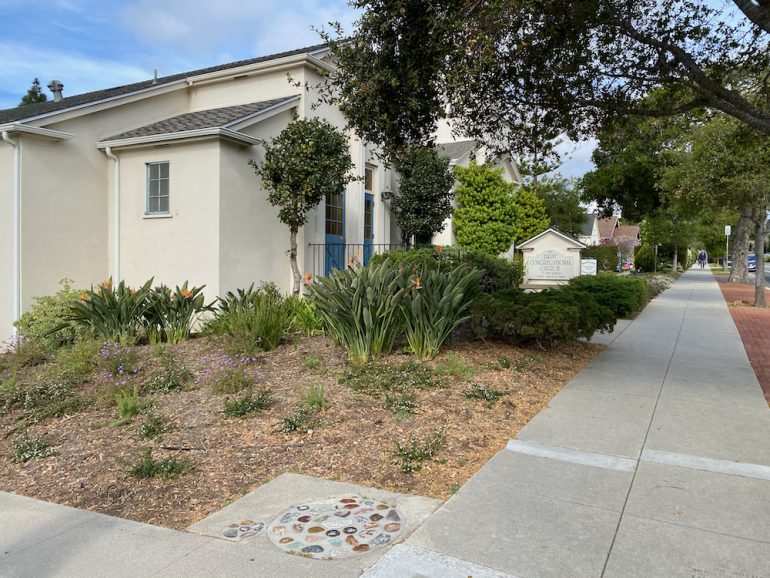 Corner of State and Padre by the church!