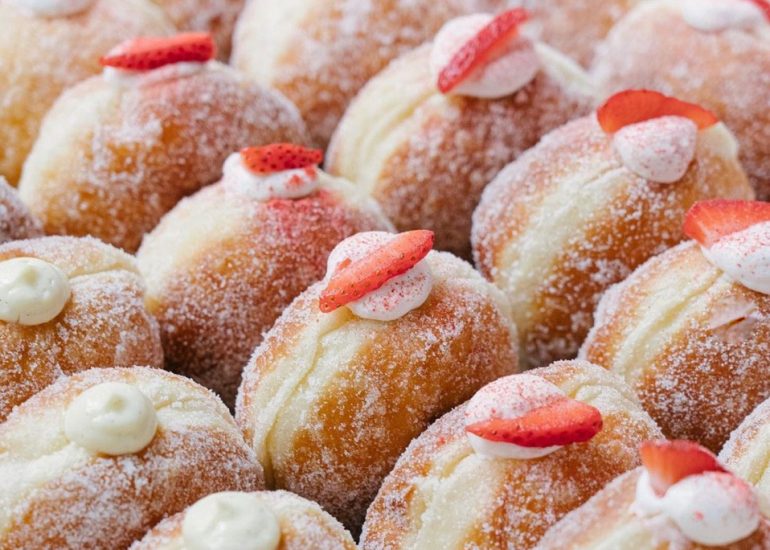 ••• Kin Bakeshop, née Mor Doughnuts, is popping up at Your Choice restaurant (3404 State Street) this Saturday, starting at 10 a.m. and going till it sells out. The offerings appear to be devoted to Kin’s new brioche donuts, and there’s a limit of three per customer. (According to its website, there’ll be another pop-up next Saturday, too.) 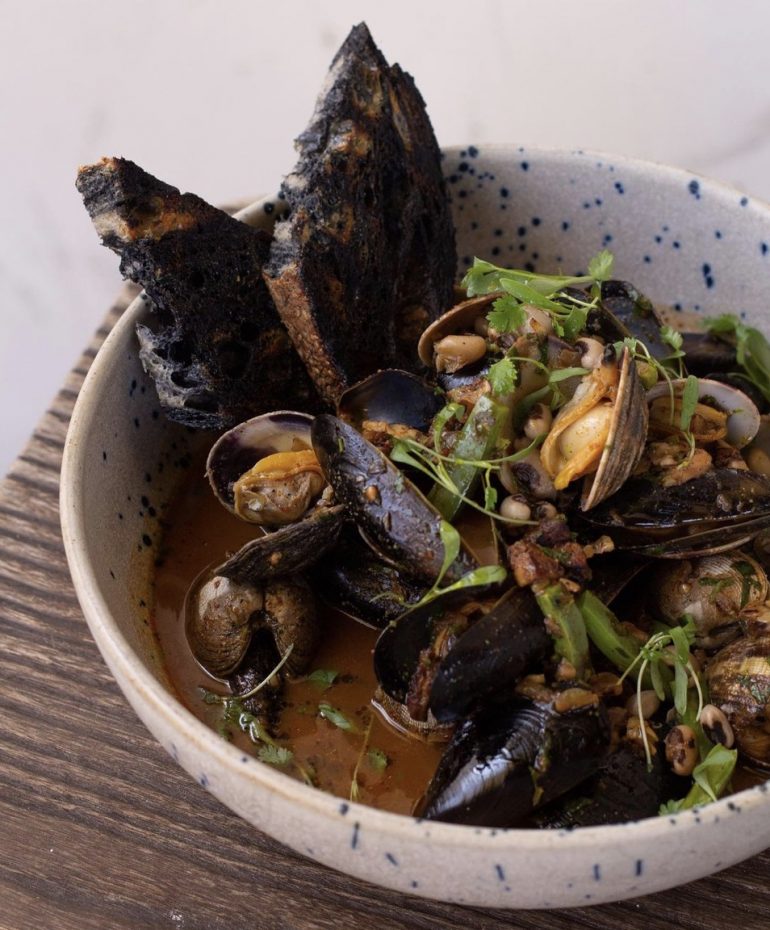 ••• The Independent visits the Corazón Cocina outpost at the Project, where the food has become more ambitious since the restaurant reopened in July. Also of note, some info about sister establishment Corazón Guisados: “Opening soon on East Vioctoria Street will be [chef-owner Ramon Velazquez’s] new Corazón Guisados, serving the single-pot stews preferred by the working class in large cities around Mexico.” And the restaurant “will also serve tamales and churros con chocolate.” Pictured above: Clams and chorizo at the Project.

••• John Palminteri reports that the Santa Barbara Harbor & Seafood Festival scheduled for October 16 has been canceled.

••• A recipe for the Field + Fort’s shakshuka, but with no amounts, so good luck. —Edible Santa Barbara

••• I finally made it to the Good Plow in Carpinteria, where the fried oyster mushrooms were a highlight.