Update: Congratulations to Vince Giovannoni for correctly identifying this as Casa del Herrero. 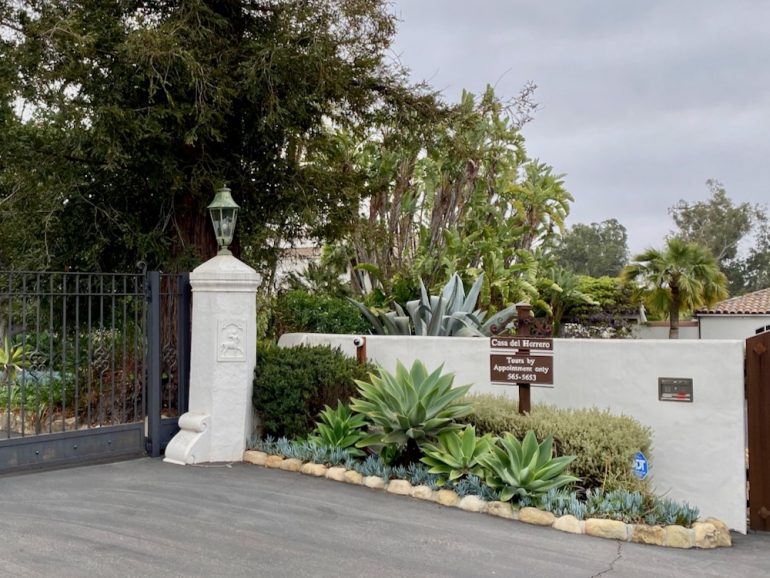 On Cabrillo Blvd by the Garden St parking lot near the Visitor Center.

No, but thanks for guessing!