Update: Congratulations to Karl for identifying this as Presidio Avenue, off E. De La Guerra Street. 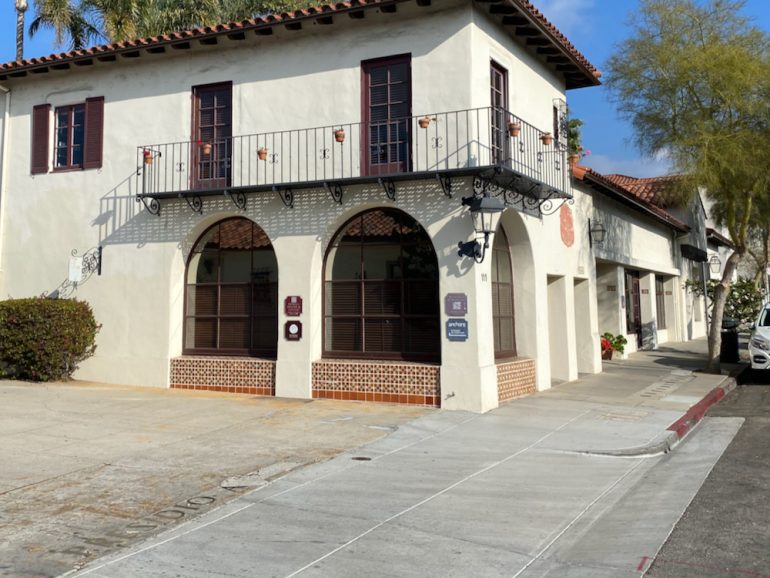 Cayucos Is an awesome little town. Good luck to its new motel! — Elle

I hope I am not the only person who sees on one hand you are bashing the boat, but jumping up and down at new… — christine!

who has the nerve to attack guests on a cruise ship stopping for the day? A short sighted nincompoop who never drives across town for… — christine!

And there will be a third one on the other side of the 101, where Cabrillo intersects with Los Patos Way. — Erik Torkells

Dueling roundabouts for such a small confluence of streets/onramp seems like overkill, no? — Jonnt

It looks like Restoration Hardware goes away, reduce a reason to attract tourists. Then reduce a bar that draws all the foreigners to downtown. Then… — SBLogic