••• Chefs Peter Lee and Felicia Medina, formerly of Loquita, were planning to open a fine-dining restaurant on State Street last month. Now they’re switching to fast-casual—which involves looking for a new space—and, while things settle down, they’re selling pop-up dinners every Tuesday. This week’s Secret Bao dinner ($45 for two) includes Korean-style corn on the cob, ribeye bulgogi bao buns, stir-fried bok choy, and pineapple upside-down cake. It’s sold out, but you can follow them on Instagram to hear about next week’s menu.

••• Speaking of which, Loquita has reopened (and Lee and Medina are temporarily helping out). Which is great! Perhaps Tyger Tyger could be next, since, it lends itself to takeout? UPDATE: Soon after I posted, parent company Acme Hospitality emailed to say that The Lark is next, and now open for takeout Thursday through Sunday, 4-8 p.m. 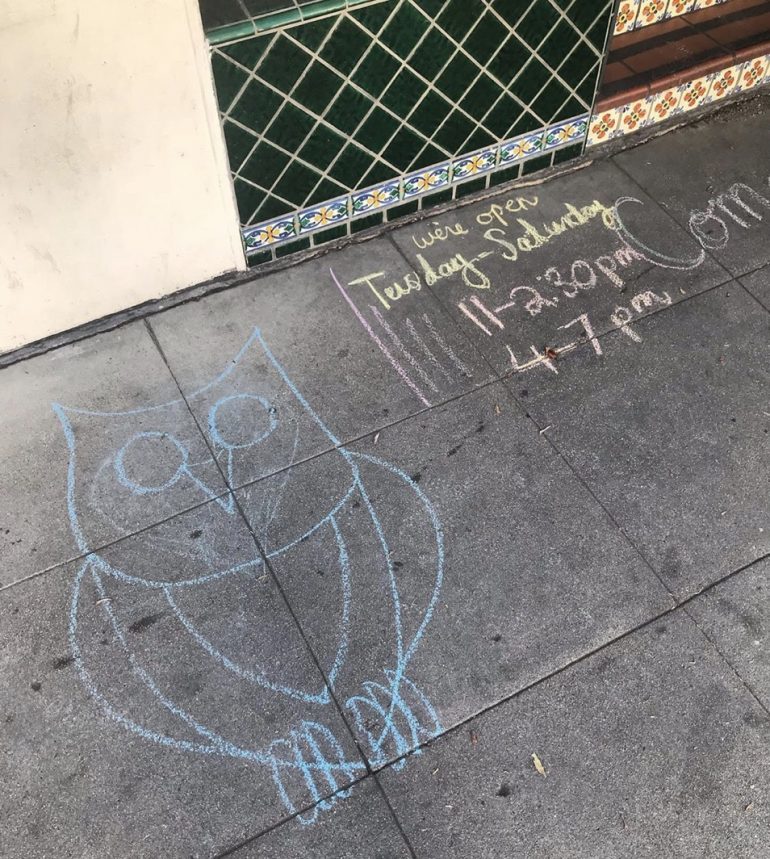 ••• And so has the outpost of Jeannine’s on Coast Village Road. “The restaurant, with locations in Montecito, Santa Barbara and Goleta, is starting with Montecito and hoping to slowly open all three.” —Noozhawk

••• Noozhawk profiles the Organic Soup Kitchen: “The nonprofit organization stays true to its high-quality meals with nutritional and medicinal value while expanding its home deliveries.”