••• I learned a few things during a recent meal at Caruso’s, the Rosewood Miramar Beach’s fine-dining restaurant. (The food and service have improved since it opened, if you haven’t been in a while.) First, there’s now a tasting menu, besides the four-course set menu, and it’s not online. Second, you don’t have to have a reservation at Caruso’s to have a drink in its gorgeous lounge area (above)—worth bearing in mind when the Beach Bar upstairs is crowded. Third, and most exciting, the resort’s forthcoming sushi restaurant, over by the bocce court, could open as soon as mid-August. The menu will be à la carte and omakase, and more traditional than at Sushi Bar over on Coast Village Road.

••• Validation Ale, the brewpub coming to the corner of Yanonali and Anacapa in the Funk Zone, debuted its website, which includes the food menu (which will expand over time). It’s aiming to open in the next couple of weeks.

••• The latest email from Get Hooked said that Deux Bakery is getting out of the wholesale bread business, so I called Deux to make sure the retail shop will remain open, and they said yes. (The seafood CSA is switching to Oat Bakery.)

••• Barbareño announced that it has a cookbook coming out soon; you can preorder it now. While I’ve enjoyed meals there over the years, the menu has remained pretty constant. Maybe the book will include dishes we haven’t seen at the restaurant?

••• Broad Street Oyster Co.‘s new space (into where Modern Times used to be) has opened early. The menu is indeed much larger—it even has a few non-potato vegetables—and the outdoor space is a treat. This is food that wants to be eaten outside! 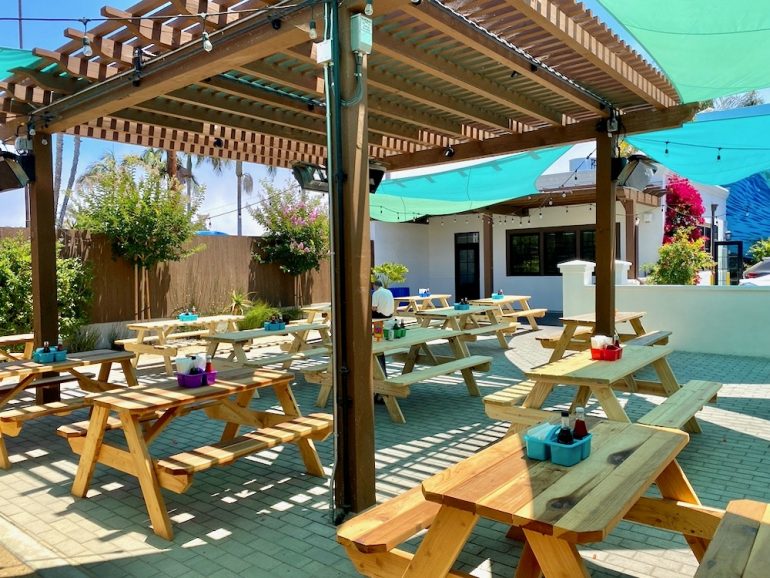 ••• The recent roundup of forthcoming restaurants included some news that I think is worth highlighting, in case it got lost:

Amy Rose, born and raised in Santa Barbara (and whose father once owned Harry’s Plaza Café), is unifying the former Chomp on the Rocks and current Salty at the Beach spaces in the Maritime Museum building at the harbor under one name: Anchor Rose. Downstairs will be a lounge, while upstairs will be the restaurant proper. If you’re looking at the building from the water, the upper right deck will be called Port, and it’ll be on the fancier side; the upper left deck will be the more laid-back Starboard. As you might have guessed by now, the decor will lean toward the nautical, the better to fit with the museum’s mission. Food is American with touches of Spain and South America, including ceviches and paella. (The menu was recently posted online.) Salty at the Beach will get renamed Anchor Rose as of July 1, and the hope is that downstairs will be ready in August. 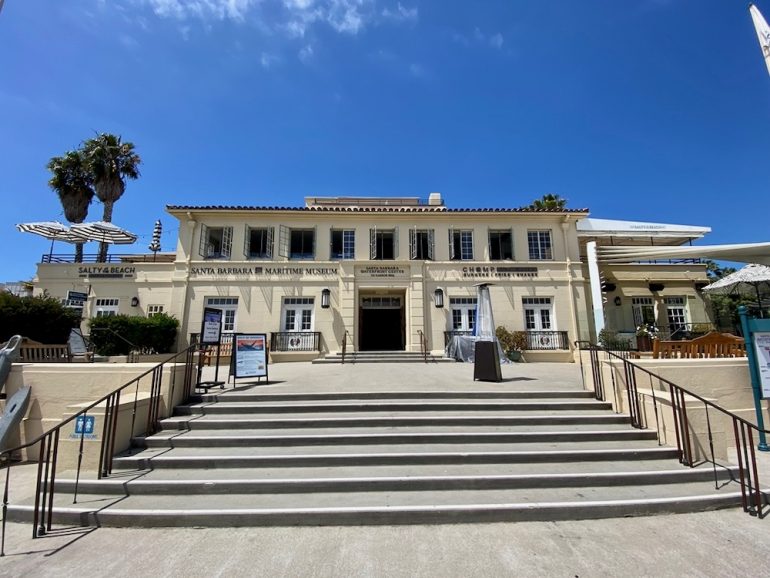 Later this year, developer SIMA intends to open a new restaurant called The Victor in front of the Santa Ynez Inn.

As had been rumored, Chris Chiarappa (Mesa Burger, Lighthouse Coffee, etc.) is indeed combining two spaces art Noleta’s Turnpike Center (first photo below). He’s partnering with Ramon Velazquez on a restaurant, with a full liquor license, they’ve tentatively named Corazón Cantina. Look for it in late 2022 or early 2023. And Chiarappa also confirmed that he’s opening a restaurant in the former Outback Steakhouse building at 5690 Calle Real in Goleta (second photo below). It will be Finney’s-esque, as reported elsewhere, but perhaps a bit more family-friendly. He’s shooting for the second quarter of 2023.