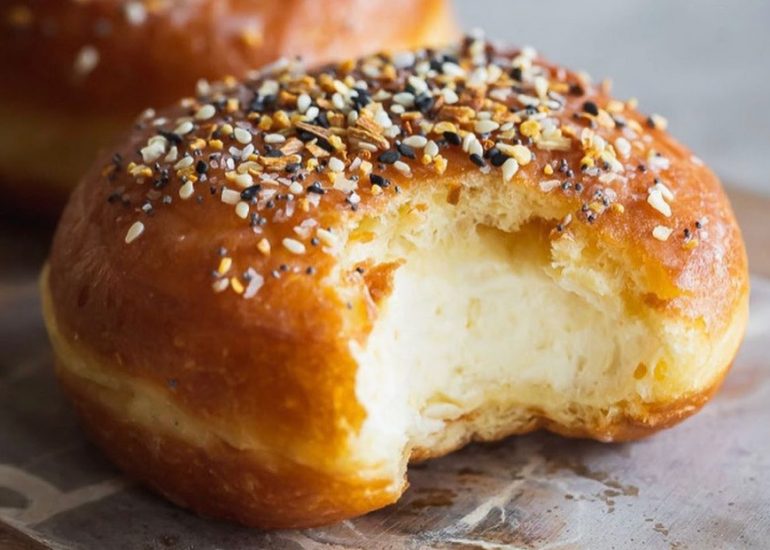 ••• Chick-fil-A’s Santa Barbara outpost has been closed for a week, making me wonder whether the closure could be permanent. The restaurant’s web page still says it’s “temporarily closed due to temporarily closed,” with no other explanation there or on social media, and the outgoing voicemail message stating that the move is “due to an abundance of caution” and “till further notice” is gone—the phone just rings and rings. I’ll swing by today and see if I can dig up anything. UPDATE: The sign on the door (below) has no new information. Among the ranty comments on an Edhat post was this tidbit: “The rumor I heard several months back was that two more locations are planned; Milpas and Calle Real in Goleta.” 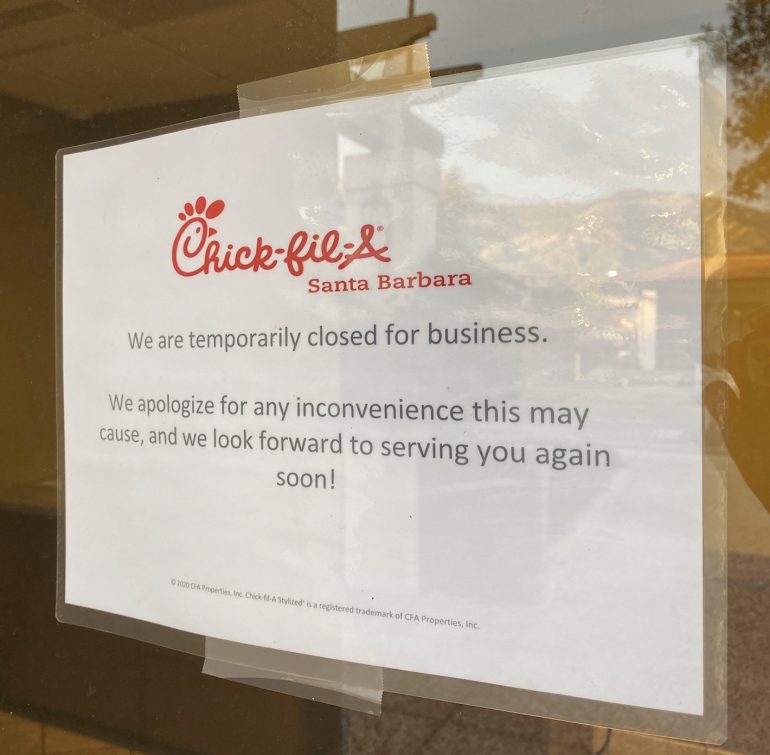 ••• Despite word in early November that Tyger Tyger might reopen, the restaurant now looks like nothing will happen there till indoor dining has resumed (although if ever a space was set up for takeout…).

••• Taking a page from the Bell’s pandemic playbook, Pico in Los Alamos is getting into the burger game with its Burger Bar. Details TBA.

••• K. sent in a question that warrants crowdsourcing: “Do you happen to have any ideas for an awesome rehearsal dinner location that’s affordable but beautiful in Santa Barbara?” The event is in June, so we’re all hoping indoor dining will be an option. Still, outdoor spaces came to mind first: the former Petros on State Street (not sure what’s up with it now), Rincon Beach Bar on Santa Claus Lane, Arnoldi’s (if you’re up for a bit of kitsch), Oliver’s, La Paloma Café, the courtyard at the Somerset/Smithy space on Anapamu (if it’s even rentable)…. If you have ideas, feel free to comment or email [email protected] and I’ll forward them.

••• Restaurant Guy posted what sure reads like a press release:

Coast Range, a Central Coast steakhouse and seafood restaurant including a full cocktail bar as well as daytime cafe and pastry program, will open in 2021 bringing new life and acclaimed chefs to the former Mandarin Touch space in historic downtown Solvang. […]

Coast Range will consist of three parts, and first to open will be the Vaquero Bar offering a wide selection of cocktails, local wine and craft beer. An elevated yet casual bar food menu will be available on the outdoor dining patio. The dinner-only steakhouse and seafood restaurant will highlight farms, ranches and seafood from the surrounding Central Coast including product from the owner’s Santa Ynez ranch. The daytime Cafe and Deli will feature [pastry chef Lincoln] Carson’s award-winning pastries, coffee, and casual lunch to enjoy on the restaurant’s patio or as a picnic to take to a local winery.

The chef is Anthony Carron and Rajat Parr is handling the wine.

••• From Full of Life Flatbread in Los Alamos: “These are our heartstrings. They were crafted by Carmen Abelleira, they have hung in our bar for 17 years and now we offer them to you in our onlline store.” 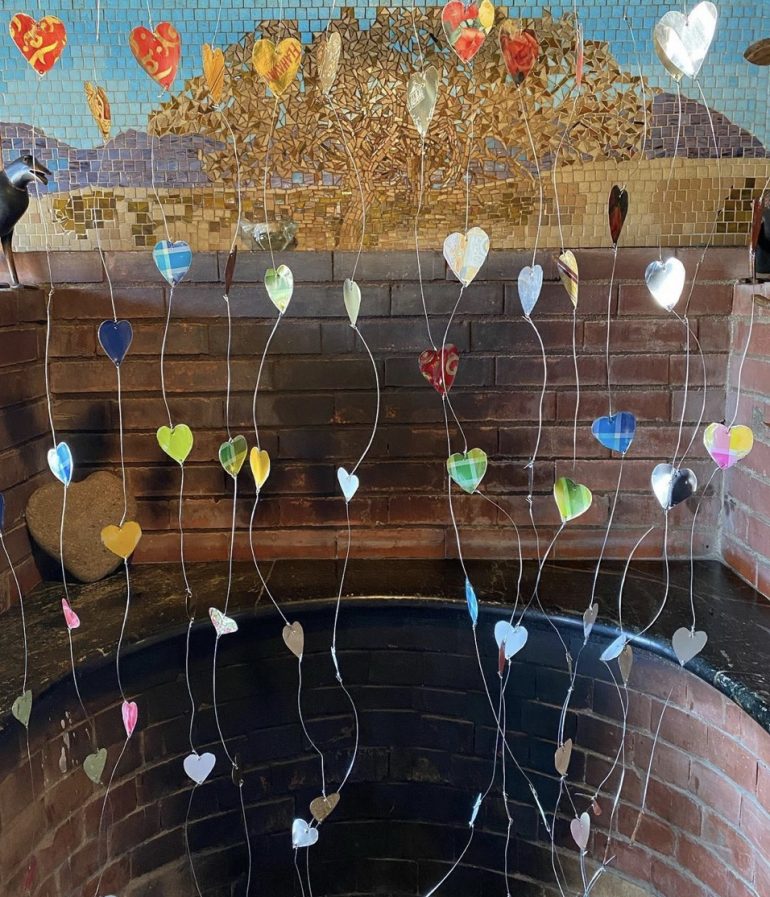