••• Westside pizza joint/vinyl bar Revolver opened yesterday. We tried four of the pizzas on Wednesday night, and they were legitimately excellent—even after the 15-minute drive home, and taking into account my extremely high standards for pizza. Definitely worth checking out, but bear in mind that there isn’t much seating. P.S. Terrific shirts, too.

••• Dori Koehler has created a GoFundMe to replace the cow atop Bossie’s Kitchen, which was destroyed the other night. I donated to it, because I think details like the cow are a big part of what make Santa Barbara so distinctive.

••• I’m generally irked by the F45 Training fitness studio, because its loud music makes me not want to sit outside Dune Coffee Roasters as much as I used to and its patrons often stand around outside Dune with no masks on. This morning, I went to Dune anyway—the café was selling tasty breakfast burritos as a pop-up event—and I was glad I did, because an F45er made my day. After complaining that F45’s cook-at-home recipes use foreign measurements, she wailed, “I mean, what the hell is an ounce?”

••• Meanwhile the Dune on State Street has a fabulous new parklet, thanks to architect CJM::LA and Allen Construction. 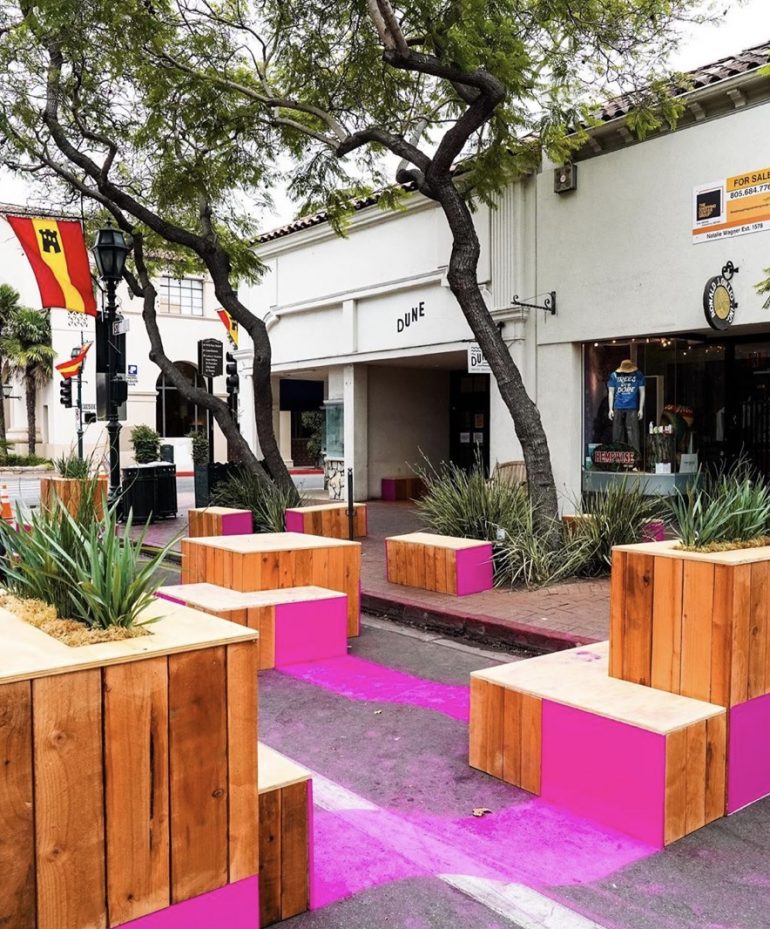 ••• And Satellite’s parklet is pretty nice, too. Imagine State Street made permanently car-free, and more restaurants getting creative like this….

••• Restaurant Guy says that “word on the street” is that the Coffee Bean and Tea Leaf in Goleta has reopened. I called and confirmed that it is.

••• Bettina sous chef Lindsay Koenig how has a full menu for her Triple Chip line of treats, available by delivery or pickup. I can vouch for the peach pie….

This is just the news source I’ve been looking for! Thank you! Keep it up. These are the things I care about.