••• I wondered a while back about Marcus, the storefront being built out at 1155 Coast Village Road. A clothing rack and polka-dotted stairs are now visible through the window, so I think we can deduce that it’ll be a fashion boutique—not surprising for Coast Village Road, but possibly asking for trouble from Neiman Marcus. (Marcus is also the name of Goldman Sachs’s retail branch, but the logo is different.)

••• The Santa Barbara International Film Festival (January 15-25) announced its 2020 lineup. One highlight is sure to be the free screening of Parasite followed by a Q&A with director Bong Joon-Ho (date TBA).

••• A most interesting item on the Montecito Board of Architectural Review‘s January 9 agenda: “Request of Jennifer Siemens, agent for the owners, Ocean Vistas, LLC, to consider Case No. 19BAR-00000-00224 for conceptual review of a conversion of a 5,024 square foot de-commissioned water tank to a single family dwelling of approximately 3,055, an attached garage of approximately 2,495 square feet and a partially undergrounded basement of approximately 781 square feet, with 1,714 square feet to be underground. The following structures currently exist on the parcel: a 5,024 decommissioned water tank. The proposed project will require approximately no cut and approximately 200 cubic yards of fill. The property is a .47 acre parcel zoned PU and shown as Assessor’s Parcel Number 011-070-002, located at 0 Mountain Drive in the Montecito area, First Supervisorial District.” Can anyone tell me where 0 Mountain Drive might be? (If it’s not a placeholder address.) I can’t make heads or tails of the county assessor’s website. UPDATE: That is indeed a placeholder address; it’s above 1510 E. Mountain Drive. More on the project in a later post…. 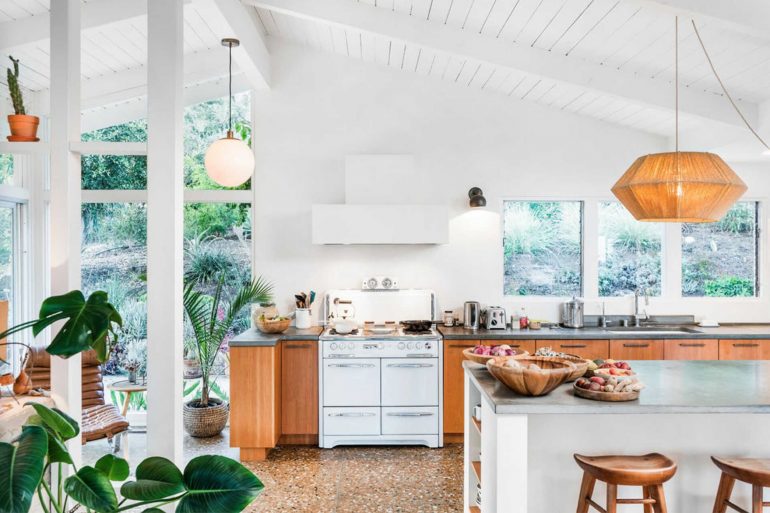 ••• Add this to the list of things I didn’t know: Your created remains can be stored at the Santa Barbara Mission: “The Historic Mausoleum is situated in the center of the cemetery at Old Mission Santa Barbara. Since 1893, this simple structure has served as a final resting place for Franciscan friars and a number of prominent citizens who were part of the early history of Santa Barbara. An extensive restoration of the building was completed in 2011, which included the addition of a columbarium with niche spaces for inurnments of cremated remains. Clad in beautiful, elegant marble and surrounded by handcrafted details from local artisans, these niches are now available to all people of faith and good will. Our goal is to reconnect the community to our living cemetery and its grand history.” Prices range from $6,500 (for a niche that fits two urns) to $44,000 (for one of the slots in the cross on the San Damiano Wall, pictured below), and interest-free financing is available. (Suddenly, that $30,000 “ocean-view” plot at the Santa Barbara Cemetery doesn’t seem like such a bad deal.) 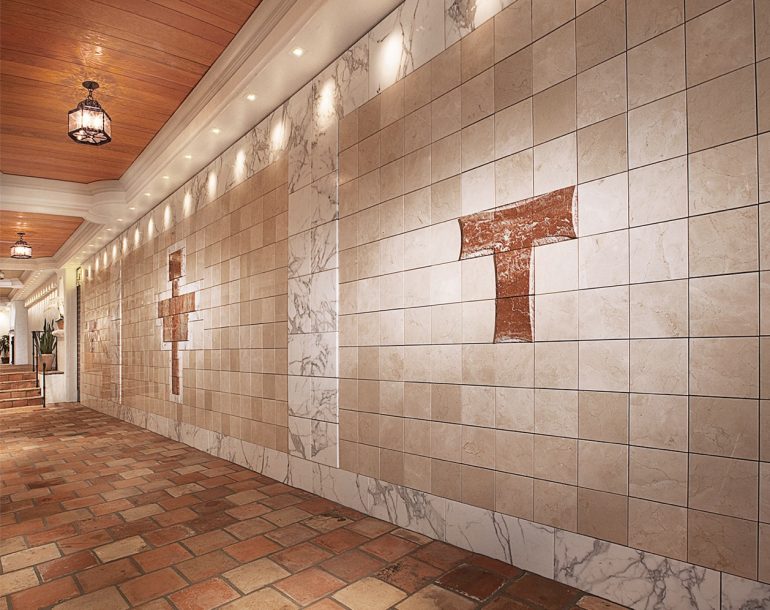