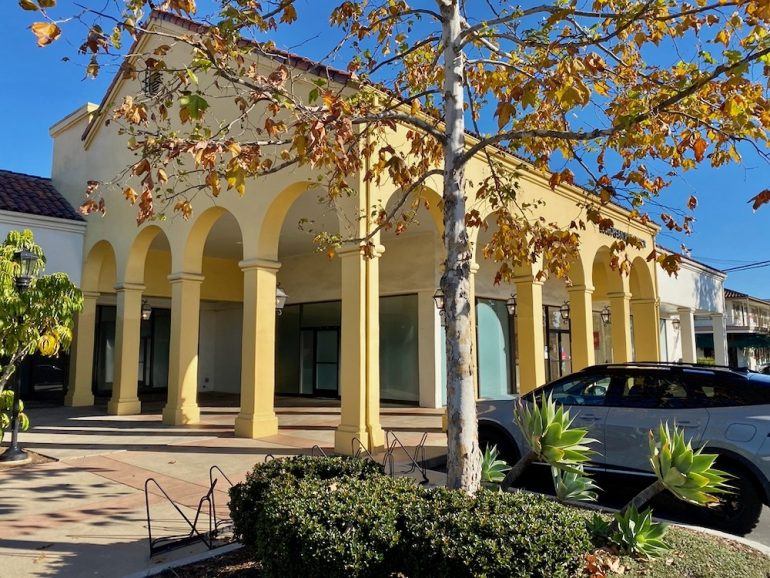 ••• J. heard that Little Alex’s, which got the boot from the Montecito Country Mart last fall, is taking the former Fresco Cafe space in the Five Points Shopping Center (State and S. La Cumbre). I haven’t been able to make contact with anyone from Little Alex’s, but an employee at a nearby business had heard the same thing—and also that it’s aiming to open in February. P.S. That strip of storefronts at Five Points has more vacancies than tenants right now, so maybe we’ll hear of more new tenants soon…. UPDATE: Thanks to Eric for pointing out a page on the Regency Centers website with a floor plan that shows Little Alex’s is indeed moving in, along with Mattress Firm and Restore Hyper Wellness & Cryo. 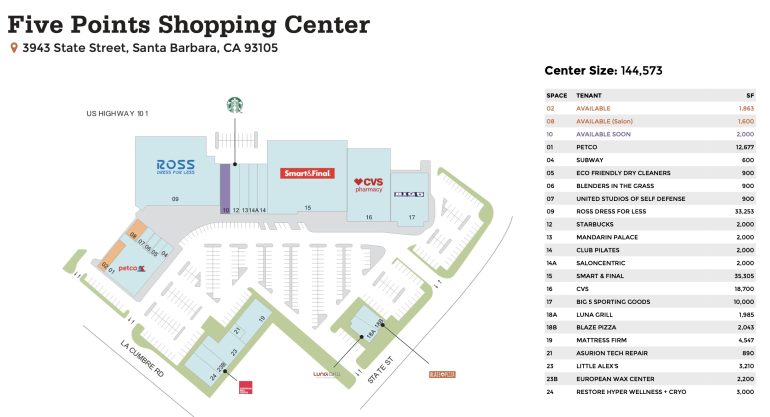 ••• “The City of Santa Barbara has agreed to pay $225,000 to settle the controversial dispute over the Flightline Restaurant at the Santa Barbara Airport. […] the city has and is working on an Airport Master Plan that involves a wholesale redesign of the area for its fixed-based operators, which include Signature Flight Support and Atlantic.” —Noozhawk

••• Tip #1 from P.: The folks behind SB Sweets in Paseo Nuevo have opened Elena’s Kitchen in the former Kai Sushi space at 738 State Street (De La Guerra/Ortega). All the Instagram bio says is “somos un restaurante familiar donde cocinamos con amor y con el mejor sazón mexicano,” which Google translates as “we are a family restaurant where we cook with love and with the best Mexican seasoning.” UPDATE: Elena’s Kitchen posted that it will be closed till further notice.

••• Tip #2 from P.: Construction is underway at the former Tamira space on State Street, next to L’Antica Pizzeria da Michele. Once a storefront is built out as a restaurant, it tends to keep on being one, but not always. The building was purchased in June by an LLC registered by Dr. Rodica Grasu of Tarzana.

••• More details have emerged regarding Peasants Deli’s plan for an arcade: it’s located in a separate storefront, but only accessible via the restaurant; there will be 15 or so old-school pinball and arcade games, most from the 90s; and it’ll quietly open sometime next month (including buyouts for parties). And there will now be outdoor seating for Peasants Deli along the two storefronts.

••• Zoey asked for an update on Lilac Patisserie’s plan to open an outpost in the former Mesa Burger location on Coast Village Road. Owner Gillian Muralles says that negotiations are still in progress, so there’s no way to tell when it might be ready.

••• The Black Sheep SB Brasserie opens this Friday. Here’s a first look at the menus: 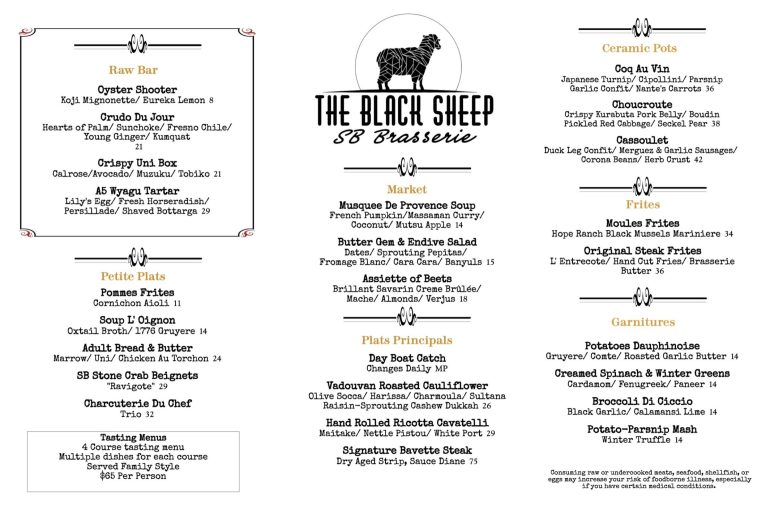 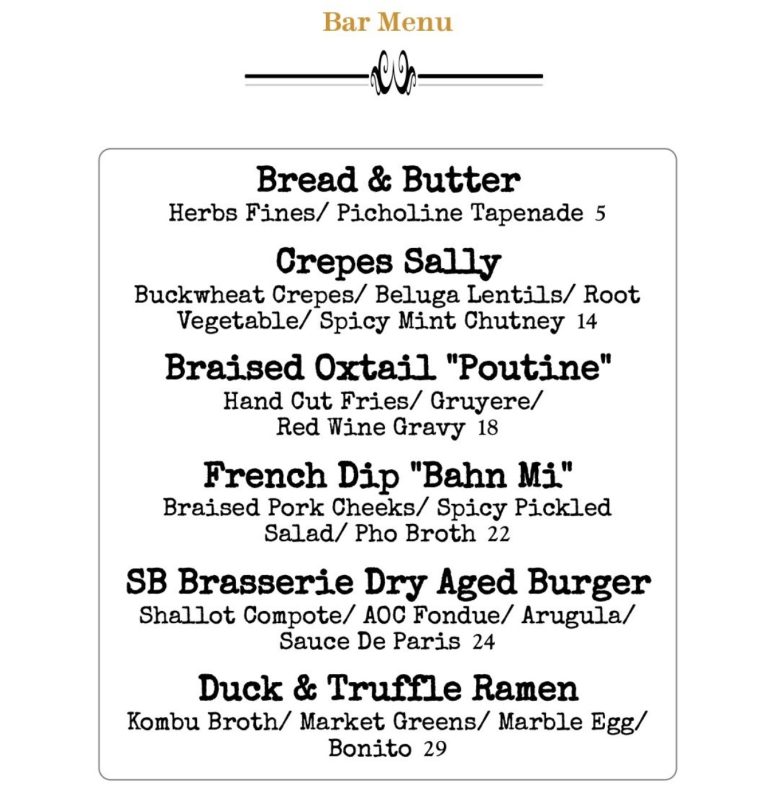 For the life of me… I have been trying to figure out the never occupied #2 spot at 5 Points. It’s behind PetCo. Wondering what business this windowless storefront could be become a bit of a game. Perhaps proof that I should just read a book or find a hobby… BUT seriously, what is the point of space #2.

Many years ago it was a restaurant. It stood vacant for a few years with the patio for outdoor seating, then the patio and any windows was all boarded up. I’ve been wondering for years why it isn’t being used.

It’ll be nice to have Little Alex’s back. I loved their Chili Colorado!

I’m hoping you’ll write about why Cava closed in montecitos lower village and nothing has replaced it? You may have written about this and I missed it.
Thank you
Guillermo

Oh my god. I wish you were kidding about the Anapamu/Milpas location. What awful news! 😩 — BW