Built in 1993 on three acres, 4464 Via Alegre ($4.5 million) looks as if a Brutalist caught Santa Fe fever, with WTF moments in every other photo. But it’s also big—6,977 square feet—and the pool could be fabulous.

A splendid 1938 Hedgerow hacienda with a former artist’s studio as the living room, 215 Miramar Avenue ($6.25 million) benefits from a sprawling layout with delightful little nooks throughout. It was listed for $5.5 million in 2017, with no upgrades since—and the bathrooms could use updating—but in this overheated market it should go in a flash at asking or higher.

Whoever paid $4.5 million for 1333 School House Road ($5.25 million) two months ago changed his or her mind, because the house is back for a flip attempt at $750,000 more. It doesn’t appear to have changed at all. I bet it goes into escrow within a week.

An agent told me once that Birnam Wood is especially prone to trends: when it’s hot, it’s hot, and it’s certainly hot now. Perhaps a gated community has extra appeal in turbulent times. The recently renovated 525 Las Fuentes Drive ($5.295 million) certainly comes off as comfortable—although, like a mug of hot milk, it’s also a bit bland. 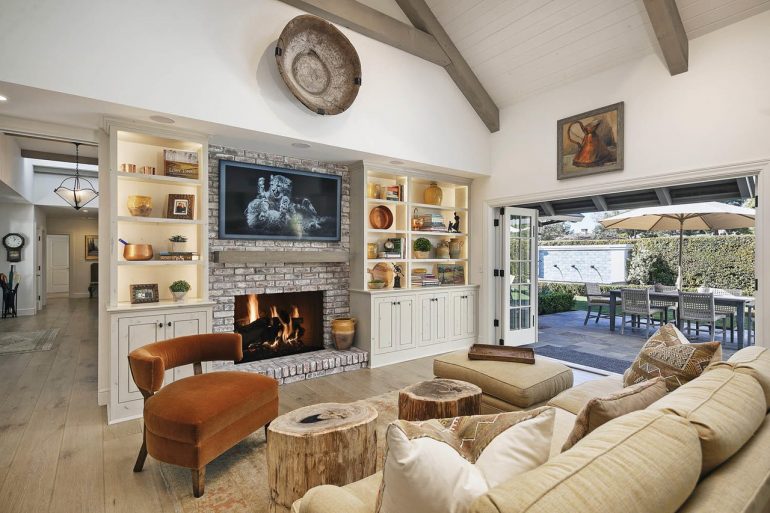 A small house that needs to be totally redone, possibly from scratch, 229 Vista Del Mar Drive ($1.395 million) in Campanil punches above its weight when the views are factored in. It went into escrow fast.

Do the gorgeous views from 193 E. Mountain Drive ($3.995 million) make up for the awkward exterior and dated finishes?