••• “Highway 101 [is] going to be very different between Santa Barbara and Ventura, with temporary bypass lane. One northbound lane will temporarily be used for southbound traffic on four mile stretch of the highway, to allow repaving project to proceed. […] It’s expected the bypass lane will be in place from April 22 until next January. When work is completed on the southbound lanes, a similar temporary bypass will be installed on the northbound side of the 101.” —KCLU

••• The buyers who paid $52 million for Rob Lowe’s former estate on Picacho Lane are Maroon 5 singer Adam Levine and model Behati Prinsloo. It’s a big step up from the last property they bought here—and then flipped three months later for a sweet profit. —Dirt

••• The Summer Solstice parade will be on Santa Barbara Street instead of State Street. —KEYT

••• “The Santa Barbara Independent Redistricting Commission has chosen a district map that will be recommended to the city.” —Santa Barbara News-Press

••• Neighbors of the 30-room “keyless” hotel coming to 812 Garden Street (at De La Guerra) are worried about effects on their quality of life, but the area is zoned for hotels. —Noozhawk

••• “Three appeals were filed regarding the Carpinteria Planning Commission’s decision on the Rincon Trail Project—a 2,800-foot bike and pedestrian trail connecting the city to Rincon Beach Park—leading the Carpinteria City Council to conditionally accept the appeals, reversing the decision and sending city staff back to the drawing board to come up with another alternative. […] The council agreed to bring back ‘Alternative 4,’ which would preserve the gliders’ airspace but could still be reworked to address the concerns of bicyclists and pedestrians spilling out onto a parking lot at Rincon.” —Independent

••• Dr. Mahmood Loul has taken over the dentistry practice of Dr. Ronald Dinning in the Las Aves complex, which is only notable because “A very important member of the team is Zull, Dr. Loul’s Weimaraner, who is trained as an emotional support animal. ‘About half my patients ask to have him on their laps during their procedures,’ he explained.” —Montecito Journal (photo courtesy Dr. Loul) 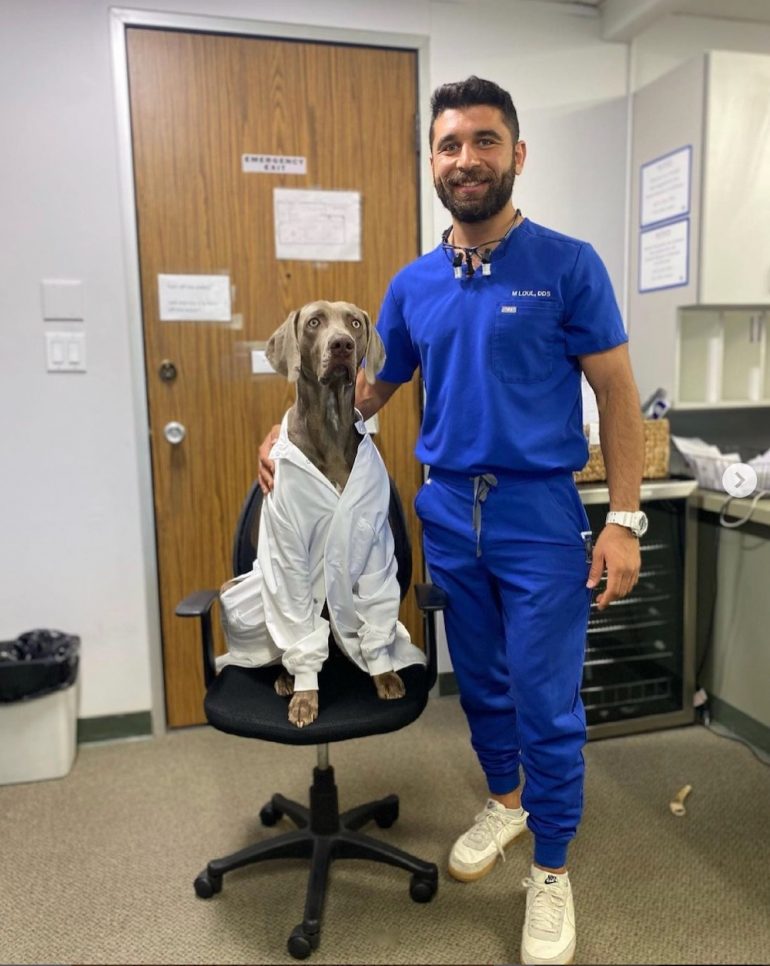 Garden Street might be zoned for hotels, but do they have to be so incredibly ugly? Where is the Planning Committee’s backbone when we need them?