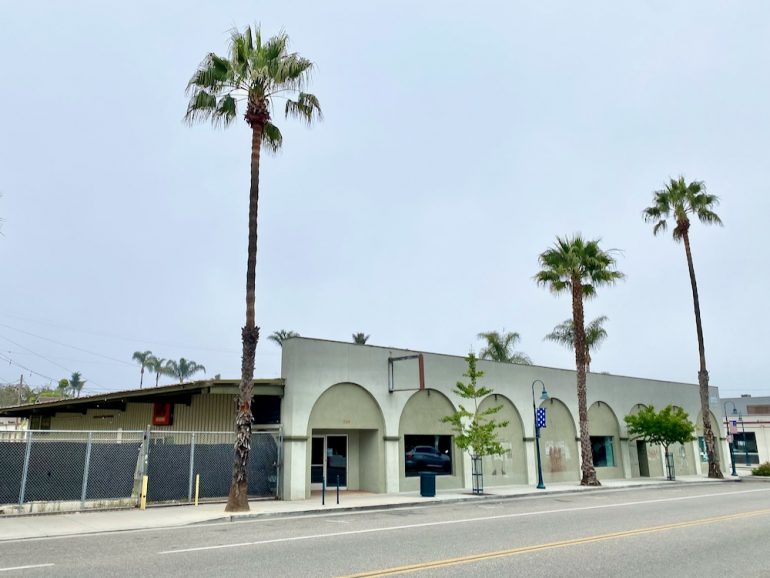 Carpinteria’s renaissance continues with the exciting project coming into focus at 700 Linden Avenue, where the full block formed by Linden, 7th and 8th streets, and Cactus Lane is being turned into a multi-tenant hive of restaurants, shops, and services. The project is completely permitted; groundbreaking will occur this fall (after the Avocado Festival), and if all goes well, it’ll open a year later. 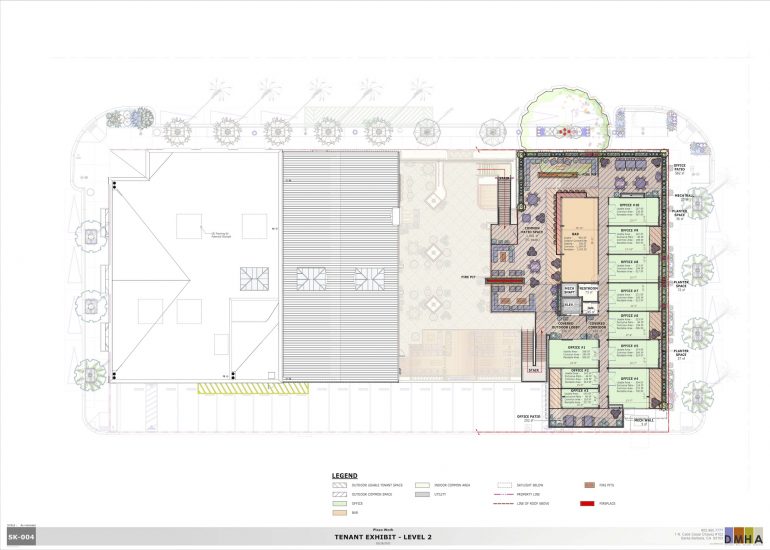 So who has signed on? Old Town Coffee is taking the corner space for its third outpost; the hardest-working restaurateur in town, Ramón Velazquez (Corazón Cocina and many forthcoming projects), has nabbed one of the other spots; and Summerland Salon & Spa has chosen the complex for its second location. Upstairs, meanwhile, Alvaro Rojas (Milk & Honey, Alcazar) and Nadia Ajlouni (The Blue Owl) are partnering on a rooftop bar with ocean views. And Cooper is still on the hunt for “anyone with a good business plan,” adding that she’s especially keen to bring in yoga, Pilates, or other fitness studio. (She can be reached at ([email protected].)

“We really want to make it a part of the community, to create a place for Carp to gather,” she says. To that end, there’s a large central plaza that will function as an outdoor living room with music, art, and other events.

Here’s a video rendering that offers the best sense of the place, inside and out, and a bunch of stills if you’re not in the mood for video. 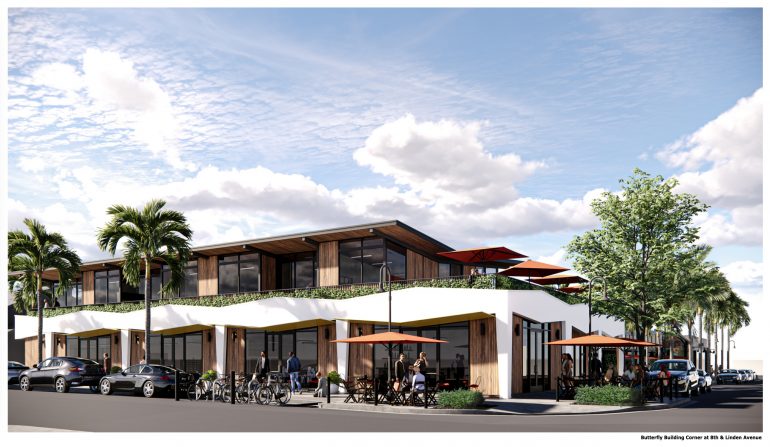 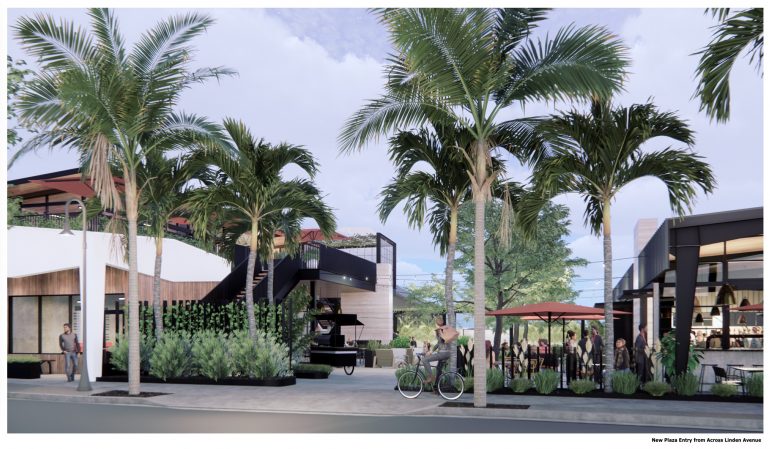 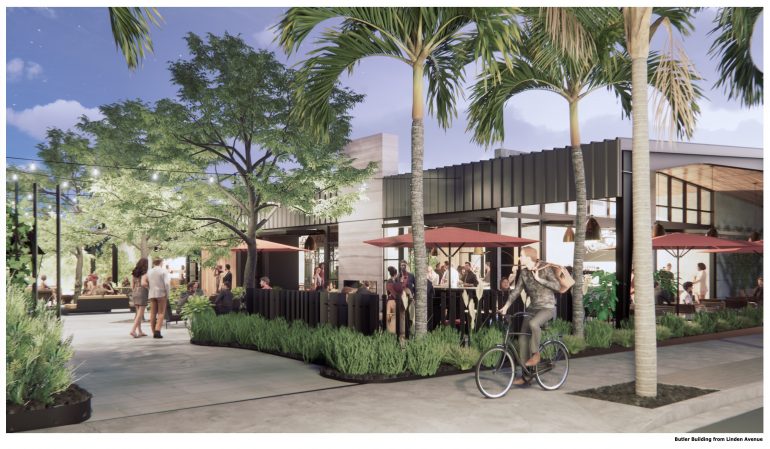 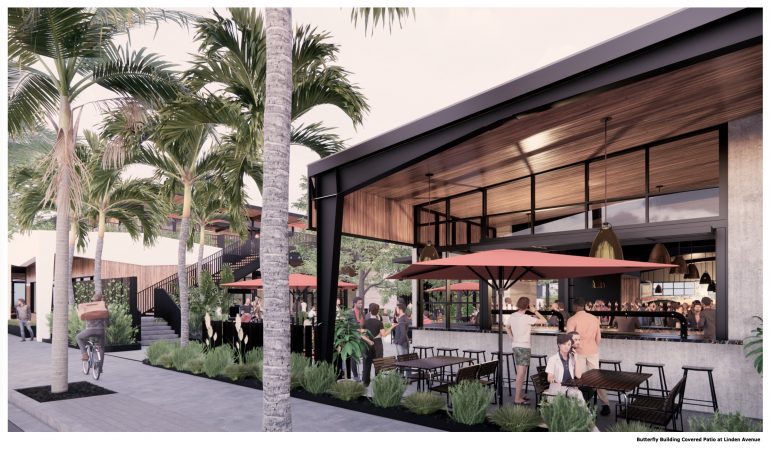 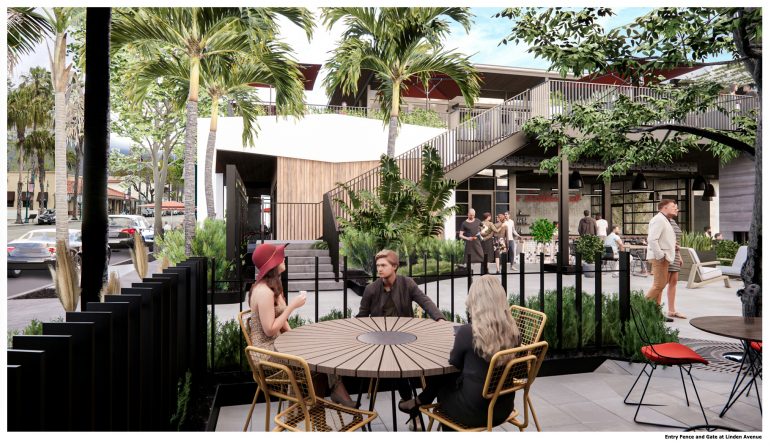 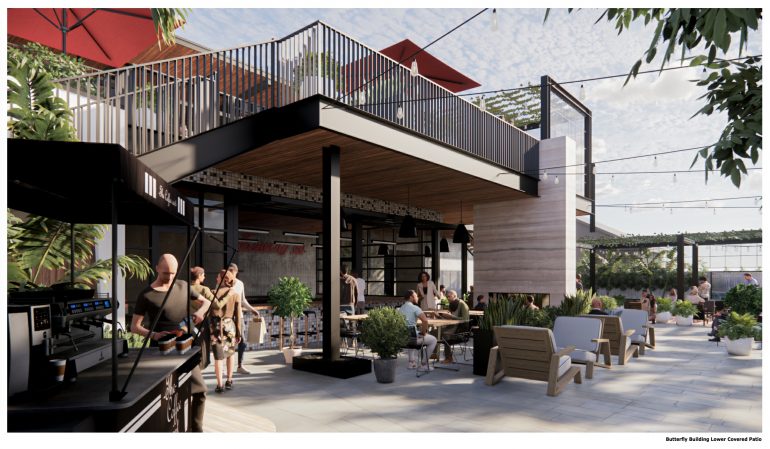 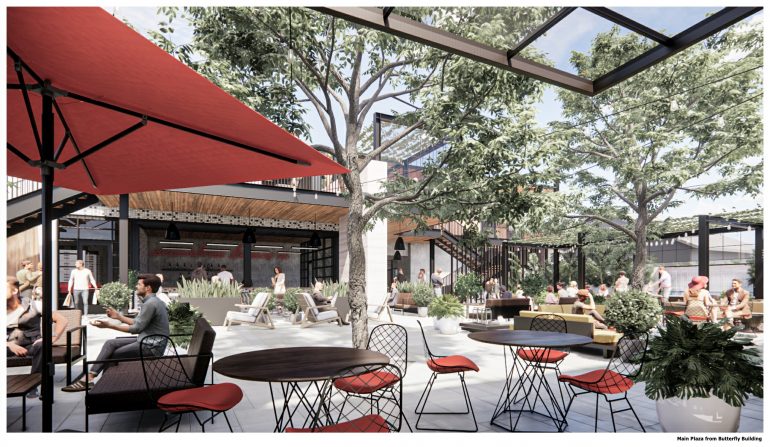 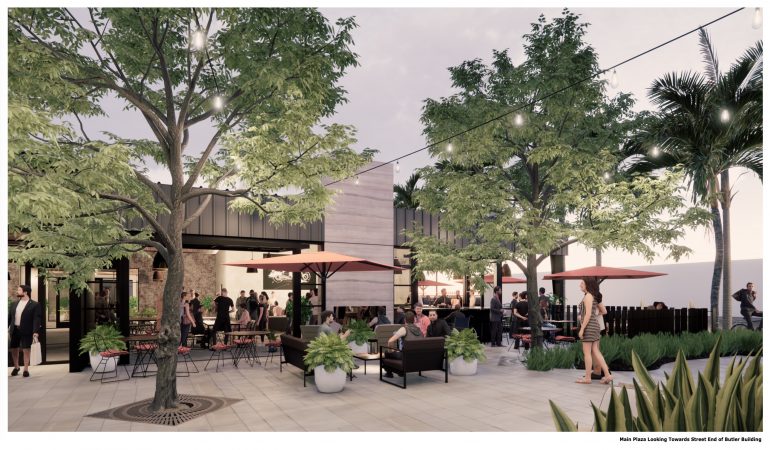 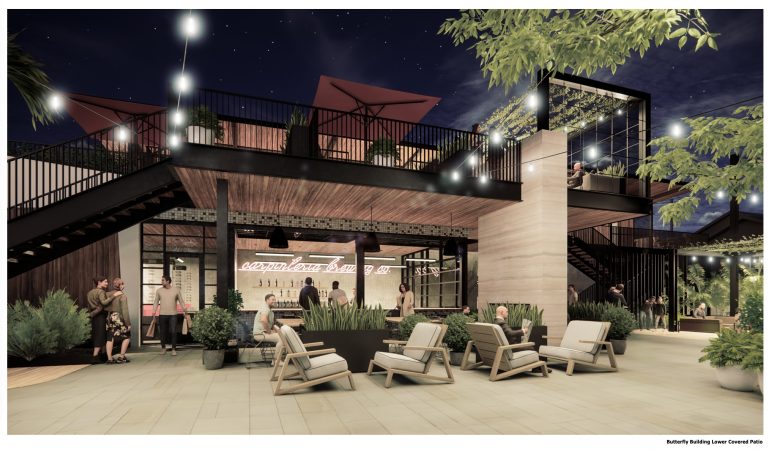 More Carpinteria news:
••• The Palms Building Is Being Turned Back into a Hotel
↓↓↓ 99-Room Farm Resort Proposed for the Carpinteria Bluffs
••• Carpinterians Will Vote on the Surfliner Inn

I’m so disappointed in the architecture choices here and the visual direction of so many projects in the works right now. Culver City ca. 2015. The project overall sounds fantastic, but why does it have to look so bad? Can’t we develop and adhere to a vernacular architecture that doesn’t make us look like a clone of everywhere else? Our area is so unique. Carp has a ton of charm. Let’s keep it that way.

I couldn’t agree more. Not opposed to the space being utilized, but bummed by the lack of Carpinteria character. Just more of the same same same. Let the bachelorette parties descend!

Carp needs a serious make over and this project is a breath of fresh air. Thanks to this developer!

So much better than the empty carcass that sits there now. The second store open area will draw lots of people. As a life long Carpinterian, it’s a welcome improvement.

Don’t know how much time anyone’s been spending in Carp of late, but questions of “architecture choices” and “vernacular” seem at moot point, at best. Apart from a few, solid buildings that’ve lined Linden for many decades, much of the street is a hodge podge of the very same, craptastic “architecture” that’s plagued the rest of S.B. for the last, many years. And while this is more a reflection (and comment) on the ABR, which is ostensibly there to protect us from this sort of shite, the simple fact is that this project, whether in its current form or some semblance of it, will at least activate what is currently a pretty depressing block of Carp’s main drag. I say go for it.

Wow, who is responsible for such a mediocre line up of restaurants/coffee house? With Corazon diluting his brand opening restaurants within miles if not blocks from another one of his establishments. Does anyone else think this is a terrible business decision?
His food is good and I wish him luck, but he should seek professional advice .

Why not cool tile work & ocean colors vs. this beige/charcoal anywhere USA vibe? Only so many California beach towns in the world. Think of the Greek islands & Mexico’s beaches & how the colors & design elements have become emblematic of their unique place & time. Certainly there’s no lack of local talent to bring forward something more creative that leans in to what makes Carpinteria such a gem of the coast.

Are these designs part of the “Make Carpinteria L.A.” campaign? If so, great job.

These is a prime example of city council revenue hunting, and trying to grow up our little town for their own purposes. The people who have lived here for generations love Carpinteria for what it is, and the people moving here like it what it is—not this.

With all the new business park and development going on here, how do you think Carpinteria will handle it? There’s already too much traffic, even more with all the weekend campers.

I’m sure you despise the word “conservative”, but it’s conservative principles that built and shaped this place, and that’s why you like living here. But hey, if you like this kind of thing, just drive south towards Santa Monica, L.A., Camarillo, or north to Santa Barbara—live there instead, it’s right up your alley.

The city council does not dictate what a property owner can or can’t do with their private property. Please let everyone know how the city council brought this project up? This person owns the building and is presenting ideas for the space. This has nothing to do with the city. It’s the business owners choice.