••• “Three Proposals Under Consideration for [the former Beachside Bar-Cafe space] at Goleta Beach County Park […] Representatives are expected to present their ideas in mid-August, and the county hopes to have the new tenant open for business in April.” —Noozhawk 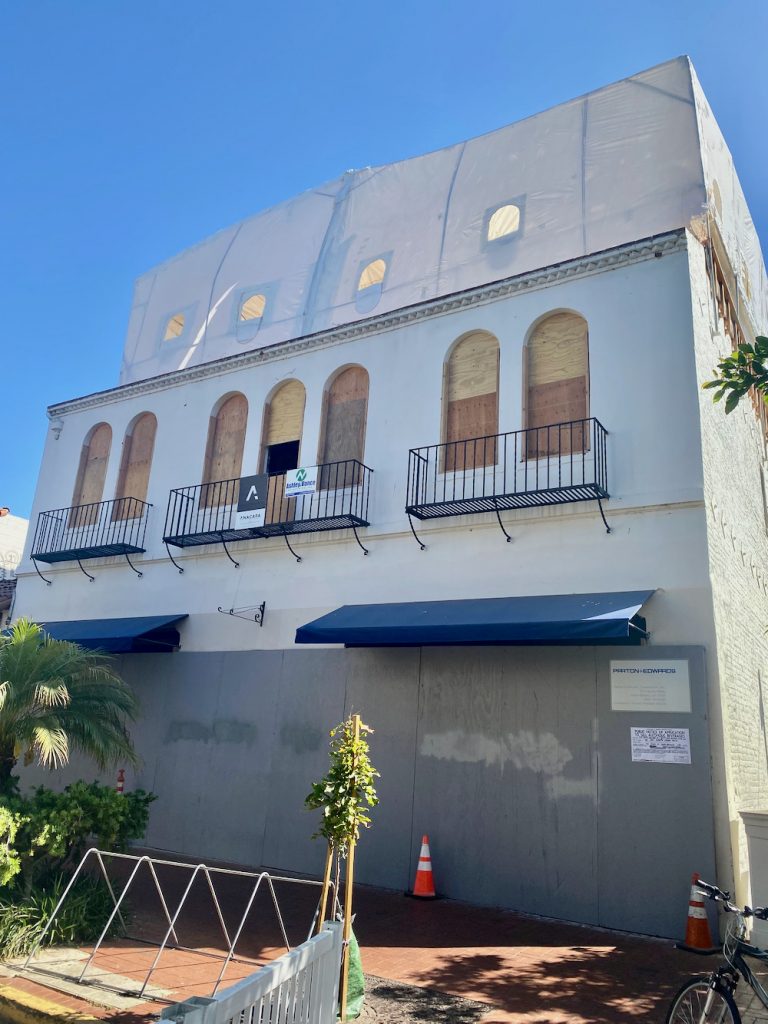 ••• The Drift hotel coming to 524 State Street (Cota/Haley) is a sister to Drift in San José del Cabo in Baja California; serving drinks and “a limited food menu,” it’s shooting to open next spring, reports Restaurant Guy. P.S. The company’s FAQ page says housekeeping is available “at an additional cost.” For me, having someone else make the bed is one of the prime joys of staying at a hotel.

••• Oreana Winery has also closed in the Funk Zone. —KEYT

••• The outpost of Fatte’s Pizza on De La Vina, by the Grocery Outlet, has opened. —Restaurant Guy

••• The State Street Promenade Market on Thursdays is looking to add food vendors to the mix.

••• While in Paso Robles recently, I checked out the new-ish Paso Market Walk. While I’m not generally a fan of food halls, this one is nicely executed, with some surprising vendors—vegan cheese, ramen—for Paso. (That said, I went to the Third Degree counter for a veggie burger, which was excellent.) All in all, the development seems like a bold gamble, given that it’s six blocks from the town square. P.S. While I’m handing out food advice for other areas, I highly recommend Mister Jiu’s in San Francisco—everything we ate was fantastic, and it’s the kind of food you can’t get around here.