••• The Santa Barbara High School Alumni Association announced that enough funds have been raised to build a new cow statue (the old one having collapsed two years ago). Less excitingly, however, “Bossie cannot return to the roof of [901 N. Milpas] due to liability, instead she will find a home near the Alumni garden, where she will watch future generations as they walk down the hill to graduation. Bossie will be on campus in mid-June.” I gave $50 way back when in the hope of seeing the cow back atop the building, not that it would be placed somewhere I’ll never see it, but that’s life. P.S. While looking up the building’s address, I was surprised to learn that McConnells Fine Ice Creams is no longer headquartered there—the company has moved to Oxnard. (Via Edible Santa Barbara). UPDATE: The director of product development at McConnell’s wrote in to say that he, the CEO, and a few other team members still work in the Santa Barbara building (in my defense, the contact page on the website clearly states the corporate office is in Oxnard). UPDATE: “We have offices in both locations, but the Oxnard Dairy is now our primary business address,” says the company’s media rep.

••• Also via Edible Santa Barbara: The French Festival in Oak Park has been canceled again this year.

••• I understand the importance of solar energy, but do the arrays that the city is putting up—including the one below at Santa Barbara High School—have to be so ugly? It looks like an Avis lot.

••• The agenda for this Friday’s meeting of the county Central Board of Architectural Review includes the conceptual review of the Santa Ynez Band of Chumash Indians plan to build a 31,250-square-foot commercial building on Numancia Street (more than twice the size of the museum under construction down the street). UPDATE: It’s an office building; see site plan and rendering below. 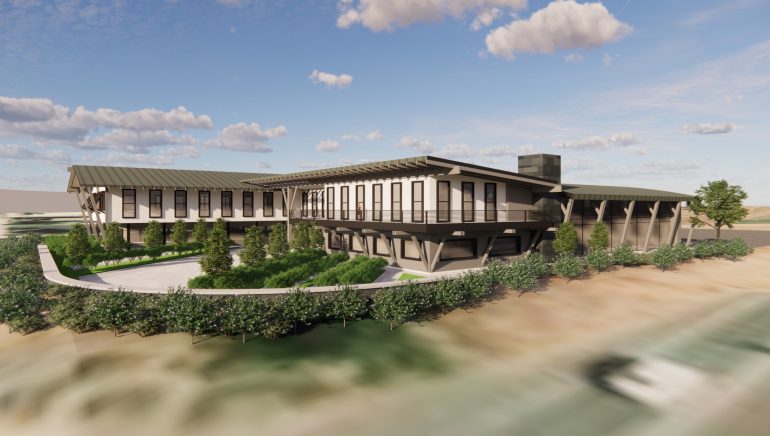 ••• The Santa Barbara International Film Festival announced its 2023 dates: February 8-18. All passes and ticket packages are 25 percent off.

••• The Randall Road Debris Basin, on East Valley Road in Montecito, had its final walk-through on Monday, so it should be done soon. At some point, there will be a trail of about 50 yards, with nice views at the top. I got excited when I read on the Bucket Brigade’s website that there will be a trail leading from parking at the basin all the way to the San Ysidro Trailhead, but right now that’s more of a goal than a plan.

••• Someone out there is not reading Siteline. 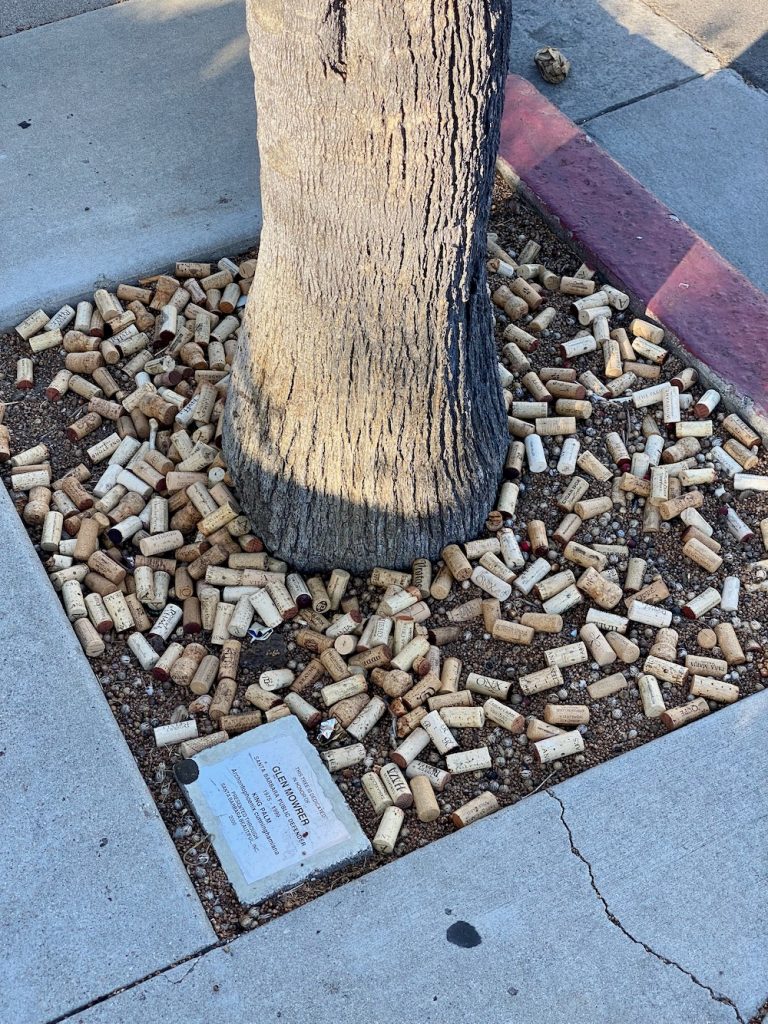 You want solar but you don’t like the look of solar arrays? If you want renewables you’ll need to significantly adjust your expectations on aesthetics.

Ugly is as ugly does? At least they hide the phone towers as trees 🌲

Not sure how this is a downgrade for the aesthetics of an expansive asphalt parking lot. A barren parking lot can’t look any worse than it already does.

I agree bill, the lot doesn’t look any worse than it did before solar. And since SB unified seems so underfunded that it can’t afford to paint and do basic upkeep on the SBHS buildings I’d guess that adding any sort of architectural detail to the basic solar carports was out of the question.