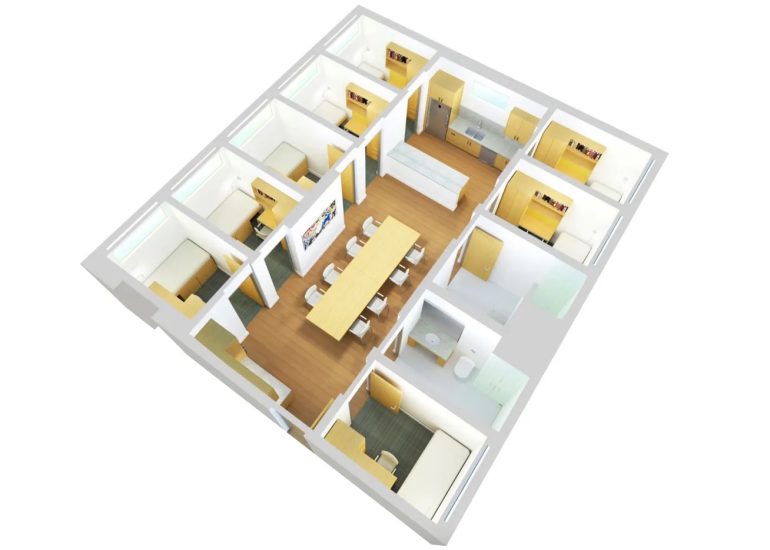 Just in time for Halloween, UCSB’s monstrous Munger Hall has gone viral, so you’re going to need an opinion about the project. Then again, it’s hard to imagine anyone—except the school administration and benefactor Charlie Munger—actually thinking the nearly windowless dorm is a good idea.

To recap: billionaire Charlie Munger donated $200 million toward construction of a new dorm for 4,500 students (yes, you read that number right), as long as the university agreed not to change his design. The size of the building—1.68 million square feet over 11 stories—would be enough to cause upset, but it gets worse. The students’ rooms are tiny cubbies, called “suites” in an extraordinary act of doublespeak, clustered around a common area—and 94 percent of the cubbies have no windows. Moreover, there’s one bathroom for every eight cubbies. And the building has only two doors. Munger is of the opinion that dismal living conditions will inspire students to spend more time together elsewhere.

All of that was fairly old news, but then this past week, architect Dennis McFadden resigned from his role consulting to UCSB’s Design Review Committee with a blistering attack on the project that was subsequently leaked. The Independent ran excerpts:

“An ample body of documented evidence shows that interior environments with access to natural light, air, and views to nature improve both the physical and mental wellbeing of occupants,” he wrote. “The Munger Hall design ignores this evidence and seems to take the position that it doesn’t matter.”

So far, McFadden continued, the university has not offered any research or data to justify the unprecedented departure from normal student housing standards, historical trends, and basic sustainability principles. “Rather,” he said, “as the ‘vision’ of a single donor, the building is a social and psychological experiment with an unknown impact on the lives and personal development of the undergraduates the university serves.”

Cue the altogether appropriate outrage: architecture critic Paul Goldberger called it “a grotesque, sick joke.” Someone started a petition. And Curbed ran a funny take that—before ending in a “Modest Proposal” style—notes how Munger Hall is not the 97-year-old dilettante’s first stab at architecture:

The non-architect’s other, smaller work includes a graduate residence at the University of Michigan, which also largely eschewed windows. Its plan also groups people into little colonies—but in this instance, each bedroom has its own bathroom. So, really, it’s more hospital than prison. It is also extremely ugly, and every aesthetic decision made there, from the showerheads to the countertops to the paint, is disgusting. The Munger Graduate Residence at Stanford is also comparatively luxurious—every apartment unit there has a bathroom “for each student.”

Desperate for housing, UCSB maintains that it has every intention of moving forward with the project, despite the fact that no sane parent would ever allow his or her child to live like a veal calf. Anyone care to venture a guess how long till the school backs off? 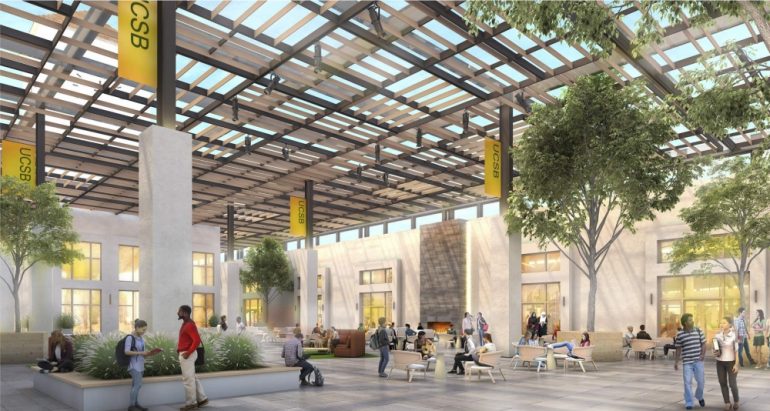