••• Santa Ynez is solidifying its reputation as the valley’s shopping epicenter: Santa Ynez General expanded into a second storefront; the original is now devoted to apparel for men and women, while the new, larger one (3558 Sagunto Street) has the home/lifestyle stuff.

••• And there’s another new shop in town: Devine Supply, with men’s and women’s clothing and home goods.

••• Everything at Dylan Star‘s Paseo Nuevo shop is 50% off through September.

••• Check out this parking enforcement vehicle patrolling Coast Village Road the other day. It had six cameras (that I could see) on it. I guess the days of marking tires with chalk are over.

••• The Lumineers play the Santa Barbara Bowl on September 22. Tickets go on sale this Friday. Here’s their “Salt and the Sea”; I posted a cover by Gregory Alan Isakov the other day, in honor of his November visit to the Lobero.

••• People are hiking in Los Padres National Forest even though it’s closed due to fire risk, which is a shame. Thanks to the Montecito Trails Foundation’s handy list of 18 other options, you really have no excuse:

••• For those of us who geek out on infrastructure: “The Santa Barbara Maritime Museum will present ‘Water Solutions: The Charles E. Meyer Desalination Plant,’ a free Zoom webinar with Malcolm Hamilton and Gaylen Fair on Thursday, September 16, at 7 p.m. They’ll discuss the City of Santa Barbara’s water supply and a history of the desalination plant from initial construction through to the recent reactivation of the plant.” Register here.

••• Congratulations to Jillian for correctly identifying the location of the recent Where in Santa Barbara…? It’s the El Presidio Building at 812 Anacapa Street, just south of the post office. 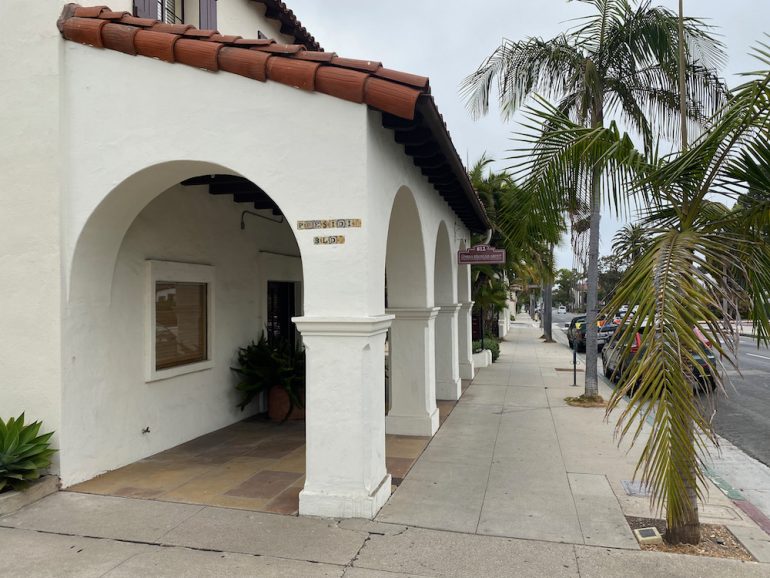