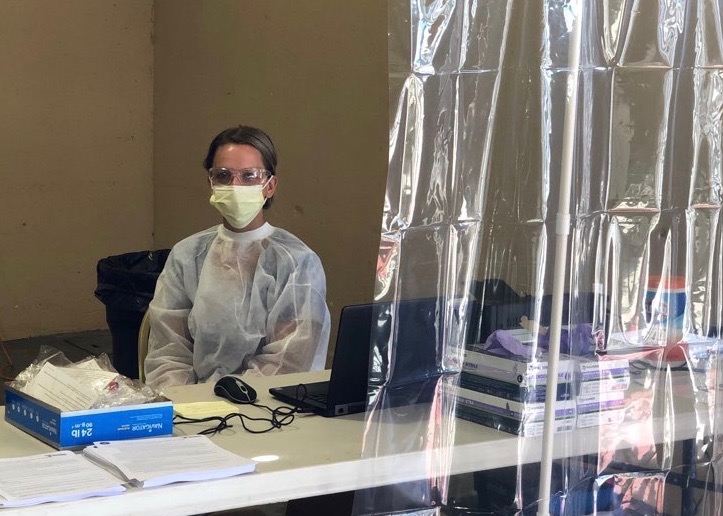 ••• “The state-run Covid-19 testing sites that opened in Santa Barbara County last week have tested more than 1,600 people, but results are taking much longer than expected. Those tests sent to Quest Diagnostics labs are taking five to seven days for results, not two or three days as the state said.” (The County sent out the above photo; it may not be of a state-run site, but I suspect the experience is similar.) —Noozhawk

••• There will be another flyover today; it should hit Santa Barbara around 2:50 p.m. I’m all for saluting front-line healthcare workers, but for my money, this serves more as another reminder of how overprepared we are for military intervention and underprepared we were for a pandemic. —KEYT

••• “Santa Barbara is working to help tenants who are struggling to make rent. […] On March 27 Governor Newsom issued a temporary hold on evictions and on May 31 it will expire. In Tuesday’s the city council meeting, the council voted unanimously to give tenants, who missed rent payments, six to twelve month after the temporary eviction moratorium order expires. They also approved to extend the city’s order to follow the governor’s order if he chooses to extend it.” —KEYT

••• In an interview with the Montecito Journal, Rick Caruso said his Rosewood Miramar Beach resort will tentatively reopen on May 21. The article is not online.

••• The Independent has a nice feature on Montecito resident Penny Bianchi’s efforts to re-landscape her property, which was devastated by the debris flow.