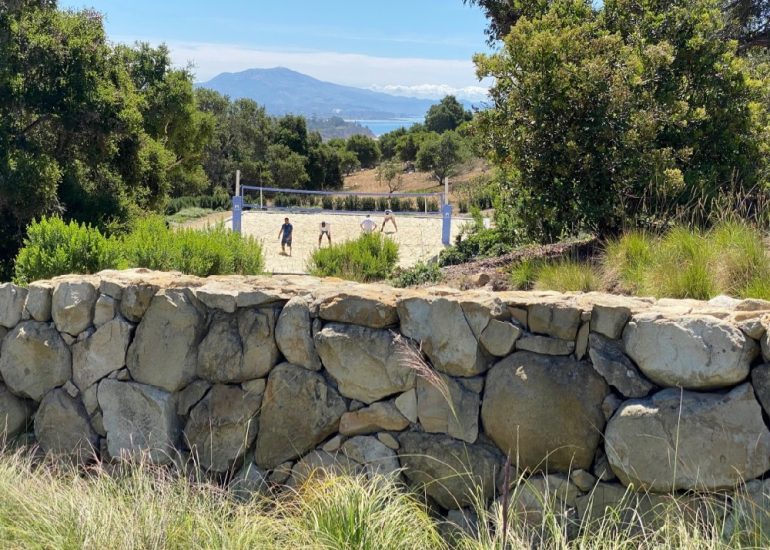 ••• I was biking around Summerland when I decided to visit the QAD campus on the bluff above Summerland. I knew the setting would be insane, but not that I’d also find the world’s prettiest volleyball court (above). It was built in honor of founding CEO Karl Lopker, who died in 2018. The way this sign about parking is worded made me wonder whether the court is open to the public. Nope: “The court was built for QAD employees, their families and tenants of QAD,” replied an employee to my inquiry. “We are allowing a select few youth volleyball organizations to use it with proper social distancing during this pandemic. It is not open to public use.”

••• Speaking of volleyball, at least some of the East Beach volleyball nets are back up, after having been dismantled during the shelter-in-place era.

••• Excellent news re: the Channel Islands: “Island Packers will provide service to Santa Cruz [below] and Santa Rosa Islands starting Monday, June 1. Transportation to Anacapa Islands begin on Friday, June 5. Island Packers is now accepting reservations for all scheduled excursions for Summer 2020.” And from the Santa Barbara Adventure Company: “After much preparation and planning, we are able to resume [kayak] tours at Prisoners Harbor on Santa Cruz Island. We have missed you, our community, and have been working hard to implement a Covid-Ready plan so that we can enjoy the great outdoors together again.” If you’ve never been, I highly recommend it. (Note: The fire on Santa Cruz Island is on a different side of the island.) 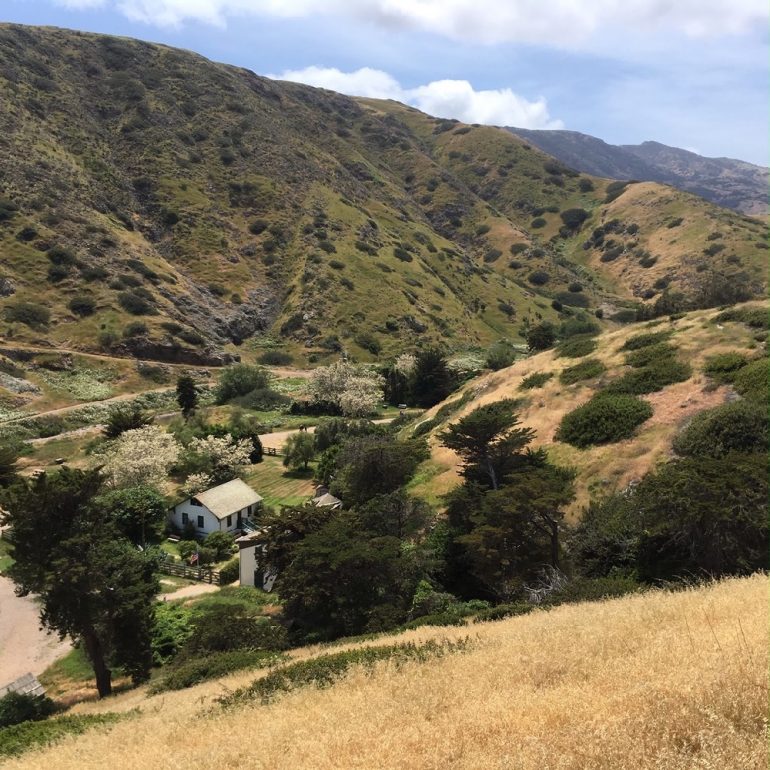 ••• Oprah Winfrey is converting a barn into a house at 380 Santa Rosa Lane, the 23.3-acre property named Seamair Farm that she bought in 2015 to add to her existing estate. From a 2016 Independent article about the purchase: “Reportedly, Winfrey was friends with Seamair owner Mary Dell Olin Pritzlaff—who passed away last July at the age of 85—and the family had hoped the media mogul would purchase the property and leave it intact.”