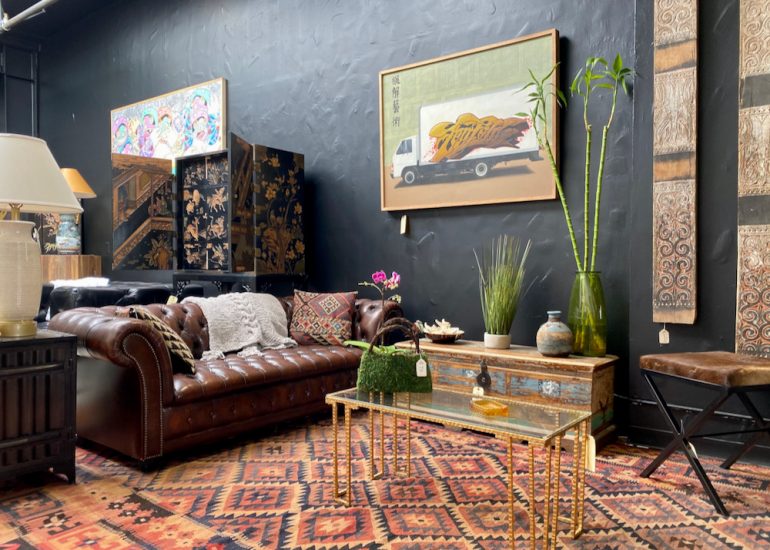 ••• The 747 Designs shop at 619A State Street (Ortega/Cota), with vintage and custom furniture and decorative objects, will close at the end of the month, and “everything is for sale at a heavy discount.” The above photo is from when the store opened in February 2021.

••• These Valentine’s Day decorations on Foothill Road made me do a double take.

Need a smile? Drive by the gate at 2709 Foothill Rd and Cupid Jeff will blast you with love. (across from Cheltenham)https://t.co/Gq2v5PqNS7 (via @Nextdoor ) #SantaBarbara #ValentinesDay #NeighborlyLove pic.twitter.com/AmBU07ZrBB

••• According to the February 10 agenda of the the Montecito Board of Architectural Review, the owner of 690 Picacho Lane—built in 2001 and purchased for $21.5 million in 2015—wants to tear down the 12,896-square-foot house (along with various outbuildings) and build a new 9.858-square-foot one (along with various outbuildings). The heart wants what it wants….

••• And on Wednesday’s Historic Landmarks Commission agenda: the Santa Barbara Museum of Art plans on installing six seven-foot-tall sunflowers “fabricated by local artists and painted by students from six local schools” to promote its Van Gogh–related exhibit. They’ll be on State Street from March to May. Update: While the project is timed to the SBMA show, it’s actually being organized by the Santa Barbara County Office of Arts and Culture, with the Santa Barbara Beautiful nonprofit as the main sponsor.

••• Sometimes I don’t get to see a house until after it has been listed (and featured in a Just Listed roundup). Two weeks ago, I wrote that 1027 Cima Linda Lane made a nearby house, also on the market, look like a good deal, but now that I’ve been there, I’m having second thoughts. 1027 Cima Linda feels far larger—and it has this ritzy elevator. 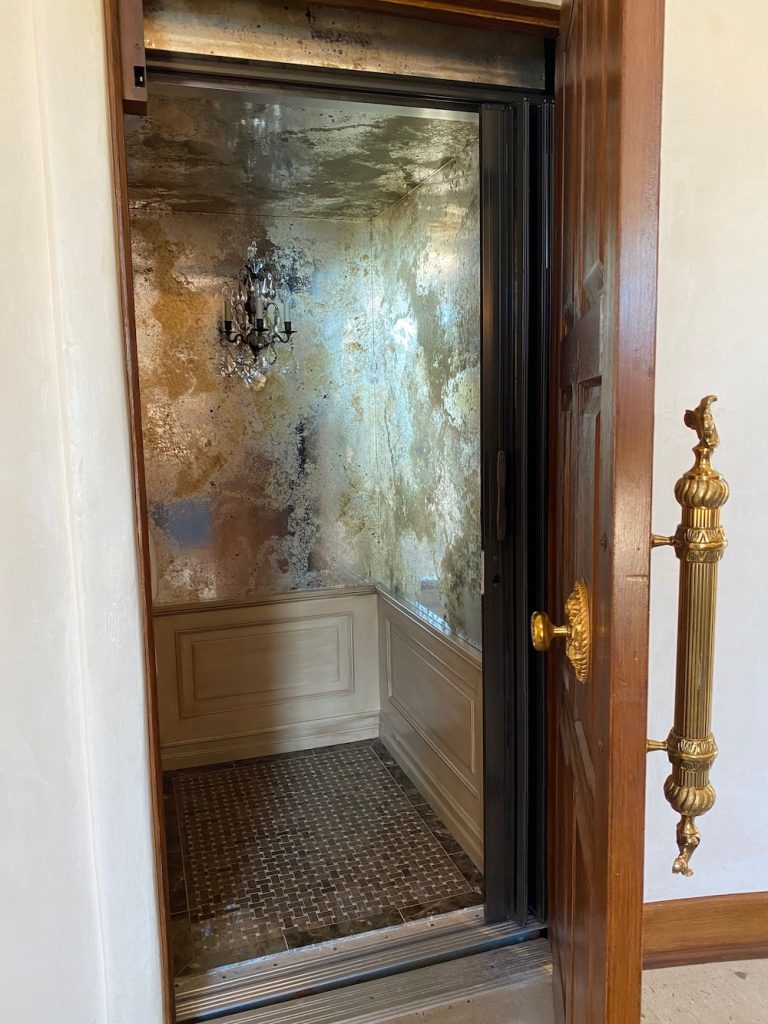 The “art installation” house on Foothill began during the beginning of the pandemic lockdown, I believe? Last summer they did a Solstice theme I recall seeing as I drove by to my volunteer duties at the Museum of Natural History butterfly pavilion. :-)