Much of the two-acre lot at 801 Via Tranquila ($8.499 million) in Hope Ranch is hillside, with the house alongside the slope; as a result, the main outdoor spaces are adjacent to the semi-circular driveway and wedged between the building and the hill. The 1987 house is nearly 5,000 square feet, but long and narrow, with an architecturally dated double-high living room. What the property has going for it is that it has been almost entirely redone. (The master bath got left behind.) Is turnkey still enough? Or will buyers begrudge the fact that the sellers paid $4.825 million eight months ago?

$4.25 million is a big price for 706 Rockwood Drive ($4.25 million), given that it wants updating throughout. In its favor: the .64-acre lot has a “backyard gate that leads directly to 25 acres of Sheffield Open Space,” and a room that makes me want to look for the purple banana till they put me in the truck.

The Riviera views at 17 Pueblo Vista Road ($4.295 million), off Las Alturas, are classic. The interiors are not as Mediterranean as one might fear, but the bedrooms look tight and the bathrooms could use a refresh.

I love the front of 245 N. Arboleda Road ($2.945 million), a 1949 house in Hope Ranch Annex bought two years ago for $1.835 million. And the interiors appear to have charm. What I don’t understand is what the listing refers to as “a guest cottage […] located towards the rear of the property.” Judging from the aerial shot, the building is nearly as big as the main house and right in the middle of the lot. 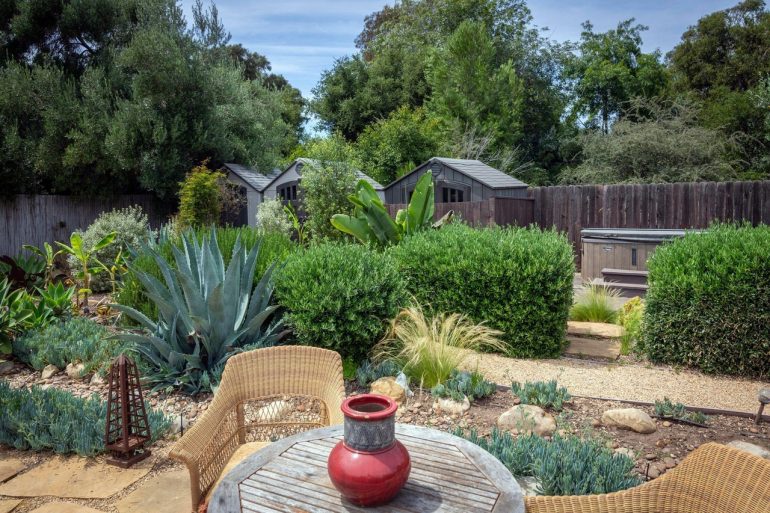 215 Santa Anita Road ($2.395 million) is one of those houses where the front looks more like the back. Love the stained glass window in the shower. 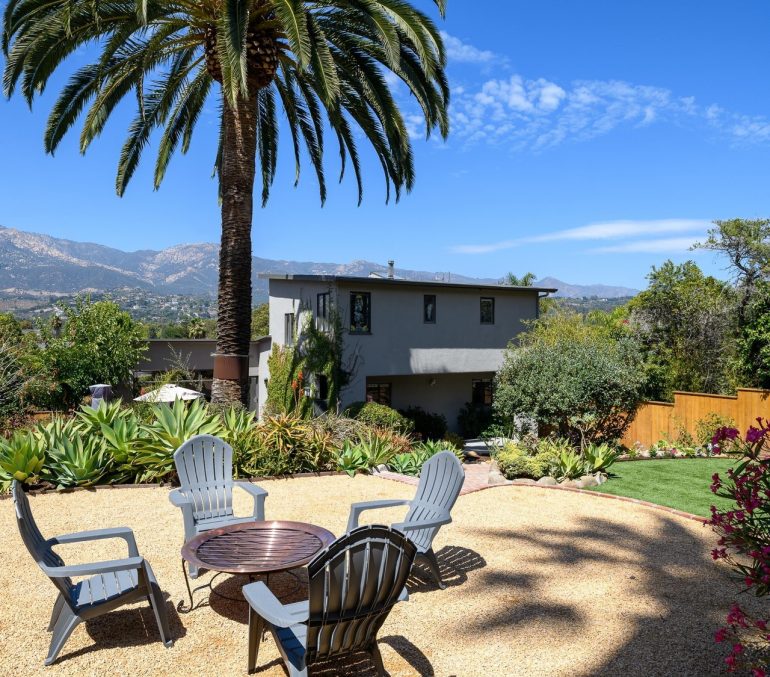 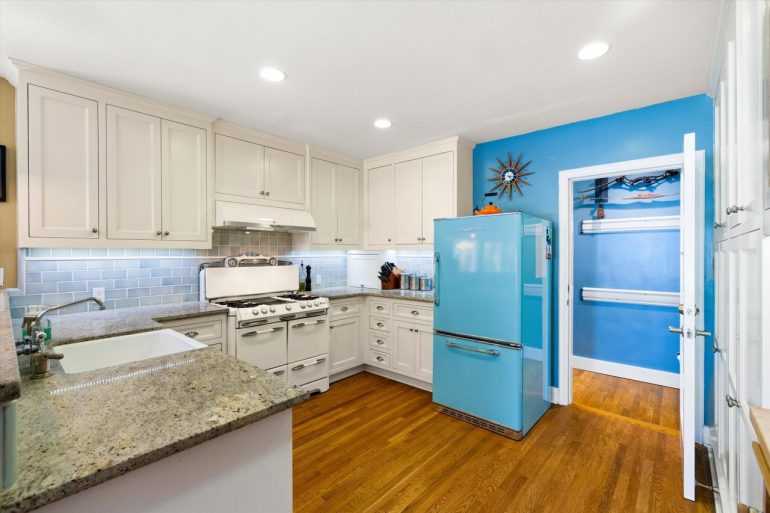 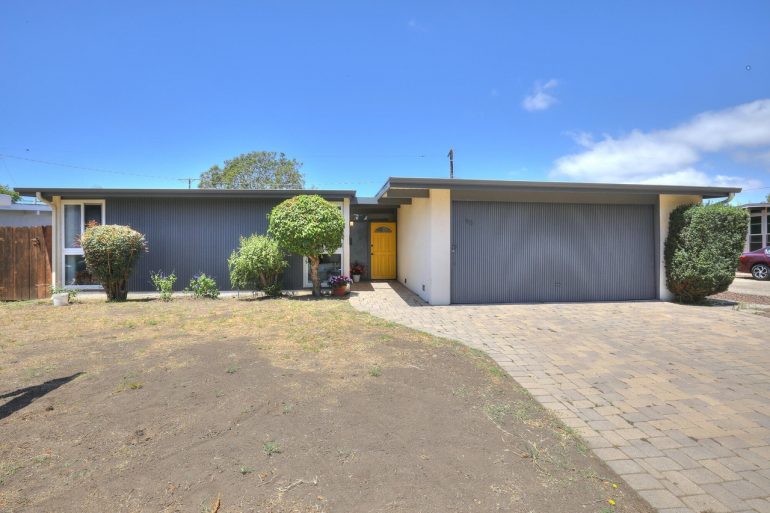 Nice write ups about local homes. I’ve been to that house in Hope Ranch (before it was redone and when it was owned by our friends). It isn’t narrow at all – everything about it feels big. Usable land feels large too. I don’t think I have ever seen the other houses you profiled on this page.