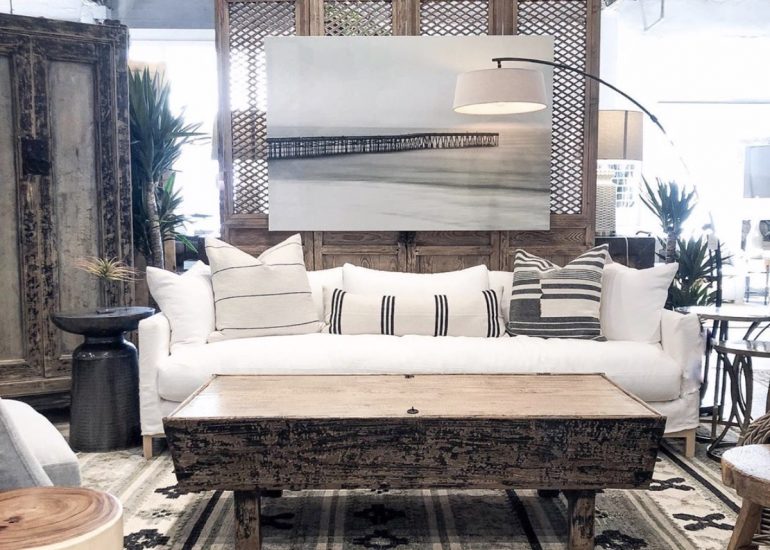 ••• “Habitat Home and Garden has opened at 400 State St. in Santa Barbara.” That’s the shop long under construction at the northeast corner of Guttierez. —Noozhawk

••• The results of the Independent‘s Best of Santa Barbara readers’ poll are in, and they’re as depressing as you might expect. (Rusty’s as the best pizza? Not even if you’ve never had pizza in your entire life.) Anyway, these things are really about who can get out the vote, so certain businesses—larger ones, more established ones, ones with broader appeal—will always have an upper hand.

••• “Mission Street will be closed Saturday through Wednesday from 7 a.m. to 5 p.m. while the city grinds down and resurfaces the pavement between Highway 101 and State Street. All cross streets from Chapala to State will close, but not all at the same time.” —Independent

••• “A wind-whipped vegetation fire blackened 443 acres and threatened more than 100 structures in the El Capitán Canyon area along the Gaviota coast Thursday evening before firefighters were able to gain the upper hand on the blaze.” —Noozhawk

••• “The California Governor’s Office of Emergency Services announced earthquake warning alerts will be publicly available starting Thursday. The warnings will be published by the shake alert system and pushed through a smartphone app. It is the same wireless notification system that issues amber alerts.” —KEYT

••• “The Santa Barbara City College Sports Pavilion will be demolished and replaced with a $40 million athletic complex. The State of California approved $31.9 million for the project and SBCC will contribute $8.1 million. The current Sports Pavilion does not include disability access and has a variety of repairs needed. […] LPA is in the preliminary stages of this project but the current timeline has it completed between 2022-2023.” —Edhat

••• “The city of Santa Barbara is rolling forward on a plan to require businesses to retrieve their abandoned shopping carts. […] The proposed ordinance would make it illegal to remove a shopping cart from the premises of a business, or to possess it after it has been removed. The proposed ordinance prohibits a shopping cart owners [sic] from allowing their carts to be abandoned or remain unattended on public or private property.” If the carts are being stolen, then isn’t this essentially blaming the victim? —Noozhawk