••• Santa Barbara artist DJ Javier recommended a bunch of local places to the L.A. Times; I’m not sure there’s much in the way of news in the article, except I hadn’t known about this excellent towel ($60) he designed for the Museum of Contemporary Art.

••• Commercial real estate agent Caitlin Hensel posted on Instagram that MyGym—”activities for babies and kids”—is opening at 2801 De La Vina (at Vernon Road), where Nick Rail Music is or was, and a wine store is coming to 4177 State Street (just west of Highway 154).

••• While reporting a freelance article on the local real estate situation—more on that when it comes out—I asked the Hope Ranch Park Homes Association how many construction permits it has issued in recent years. I didn’t end up using the stats in the article, but I thought folks might find them interesting, since so many fixers have been bought in the neighborhood lately. There have been 521 permits issued since the start of 2018:

••• In a recent email update, REACH, the “Regional Economic Action Coalition driving a movement to reshape the economy of the Central Coast of California,” explained that Paso Robles is angling to become a spaceport. (What could go wrong?)

PASO ROBLES: High-flying plans for a spaceport and tech corridor

New visions for the Paso Robles airport and surrounding area could turn the corridor into a significant driver of jobs and tax revenue.

A spaceport?!? We’re not talking rocket launches here but horizontal take-offs to the edge of spacewhere small satellites would be released into low-earth orbit. Just 12 such spaceports are currently licensed by the FAA—the closest is in Mojave—while rising demand indicates a need for more.

Why Paso? A former military airport, the facility offers several advantages: a 6,000-foot runway, lack of scheduled service, 300+ days of favorable weather, location in the center of the state near major highways, and proximity to the space mission and vertical launch capability at Vandenberg Space Force Base. Plus it already hosts Cal Poly satellite launches and testing.

What next? The city has started the FAA application process, which is expected to take about a year. The idea has already garnered interest from several companies and has the support of REACH, Cal Poly, Cuesta College, Congressman Carbajal, Sen. Laird, Assemblyman Cunningham and others. See the city presentation.

••• The September 10 meeting of the county’s South Board of Architectural Review includes the cannabis shop—it’s really time to stop calling them dispensaries—on Santa Claus Lane. I hadn’t seen the specific address before: 3823 Santa Claus Lane, which is where Porch (and later Folly) used to be. Also, the agenda says the space is a “4,750-square-foot main-floor building and 581 upper floor,” which is pretty big for a pot shop. 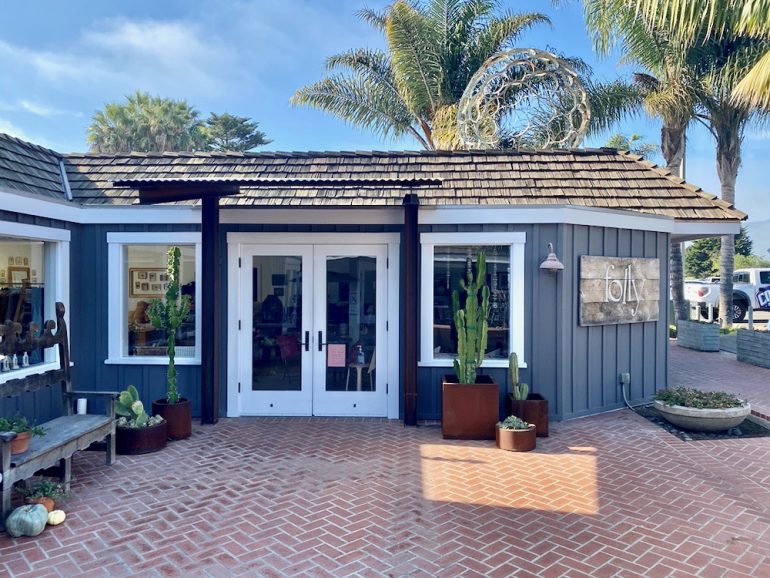 ••• Speaking of cannabis, this Carp-based freebie magazine was new to me.