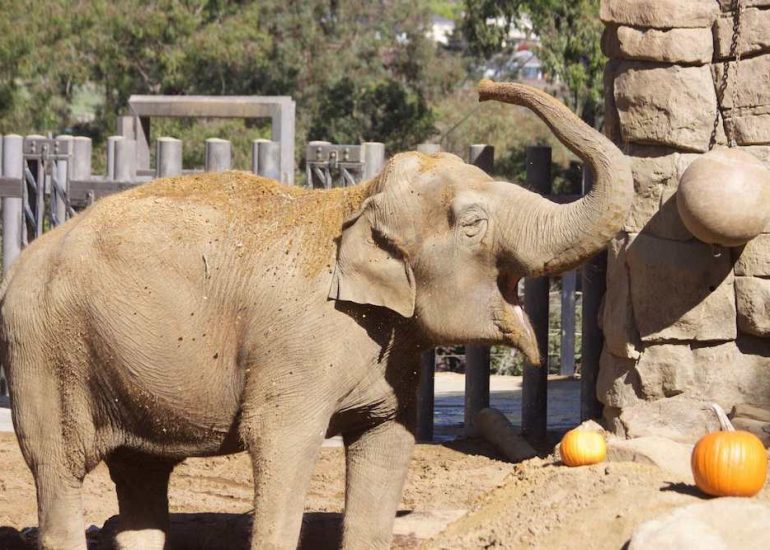 ••• “Little Mac, the Santa Barbara Zoo’s 48-year-old Asian elephant, was euthanized Wednesday night in her exhibit yard, surrounded by her keepers. She’d been receiving hospice care over the last week following a bout of colic in June that she never fully recovered from. […] Mac’s passing marks the end of the Santa Barbara Zoo’s elephant program. New exhibit size and care requirements adopted by the Association of Zoos and Aquariums―including bigger herds with breeding bulls―have rendered its facilities inadequate.” —Independent

••• “The Carpinteria City Council stopped short of formally changing its local rules for accessory dwelling units to match state law, but agreed Monday night to ‘harmonize’ with California’s requirements and get there over time.” —Noozhawk

•••”The five-year-old moratorium on new water hookups in the Goleta Valley will likely continue through 2020, even though the drought emergency is over, authorities say.” —Noozhawk

••• “The Santa Barbara City Council on Tuesday voted 6-1 to approve a duplex and studio project on Olive Street that includes three two-bedroom units, one studio apartment and four covered parking spaces. […] Architect Kirk Gradin won over the council for his client with a rapid-fire slideshow of other large and tall buildings in the neighborhood—including the house owned by one of the appellants.” —Noozhawk

••• “UC San Diego scientists sifting through nearly 200 years of Santa Barbara Channel sediment discovered an ‘explosion’ of plastic pollution after World War II, according to a study published in the journal Science Advances. Core samples dating back to 1834 revealed that the amount of microscopic plastics in the channel doubled about every 15 years since the 1940s. ‘Our love of plastic is actually being left behind in our fossil record,’ said lead biologist Jennifer Brandon in a press statement.” —Independent