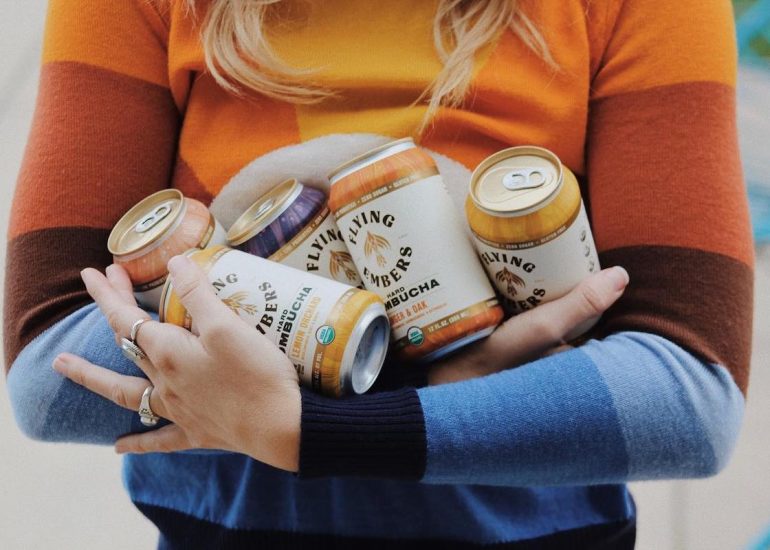 ••• A liquor-license application sign is up outside the Figueroa Mountain taproom in the Funk Zone (across from Helena Avenue Bakery). The applicant is Ventura-based Flying Embers, which makes hard kombucha in flavors like blueberry cassis and watermelon salt. While a liquor-license application usually signifies that the applicant is taking over the space, Flying Embers says it’s “doing a Co-Lab tasting room with Figueroa Mountain.” When pressed further, the rep said the two companies will be sharing the space. According to its website, Flying Embers “was founded in Ojai, California, by a team of passionate entrepreneurs driven to disrupt the alcohol beverage industry through the creation of a revolutionary platform of great tasting botanical brews with functional benefits. […] Rooted in ancient traditions, brewed with botanical adaptogens, and enlivened with innovative fermentation techniques we bring you the best-tasting sessionable alcohol beverages in the world.” (Sessionable means lower in alcohol, so you can drink more in one session.) The liquor-license sign mentions beer, as does the brand’s Facebook page, so maybe it’s next.

••• “Santa Barbara’s Black-Owned Restaurants and Food Purveyors […] Talking About Race with Entrepreneurs and Chefs from State Street to Lompoc.” —Independent

••• Oakberry Açaí Bowls has opened on State Street in Paseo Nuevo. It sells bowls and smoothies.

••• Mexican restaurant Romanti-Ezer at Ortega and Chapala has closed, but its food truck will continue to operate. —Noozhawk