••• “The tiny, single-square-mile community of Isla Vista now accounts for 4 percent of all of Santa Barbara County’s Covid-19 cases—that’s 397 cases that are responsible for keeping the county in the red tier longer than anticipated.” —Independent

••• KEYT interviews Max Abrams, the editor of UCSB’s Daily Nexus, who has been monitoring the lack of social distancing in Isla Vista. Above is one of his photos from earlier this fall.

••• With in-person voting starting today, “Santa Barbara County elections officials have already received 118,803 ballots; that’s out of a total of 236,000 registered voters countywide. Four years ago this time, county elections officials had received 68,000 mail-in ballots. Of the ballots turned in this year—either by mail or by drop-off box—63,438 came from registered Democrats, 28,223 from registered Republicans, 21,450 from voters with no party preference, and 5,692 from third-party voters.” —Independent

••• “The City of Santa Barbara won’t raise water rates this fiscal year. [But] water rates are set to go up a combined 15 percent over the course of three years, 2022-24.” —Noozhawk

••• “Mission Canyon Trail to Reopen on Weekends as Repair Work Continues During the Week […] Southern California Edison’s construction project in Mission Canyon above Santa Barbara expected to last through the fall.” —Noozhawk

••• People are encouraging Coffee with a Black Guy founder James Joyce III to run for mayor of Santa Barbara next year. —Newsmakers

••• “Congressman Salud Carbajal’s office announced today that it had secured a $13.5 million grant from the Federal Emergency Management Agency on behalf of the Santa Barbara County Flood Control District that will allow the county to purchase several properties along Randall Road in Montecito and begin construction on a new debris basin near San Ysidro Creek.” —Montecito Journal

••• “Westmont College’s purchase of the three-story office building at 26 W. Anapamu Street in downtown Santa Barbara could provide a much-needed spark for the city’s Central Business District [….] At least that’s the hope of Tom Parker, chief executive of the Parker Hutton Foundation—the philanthropic nonprofit that just sold the building to Westmont. […] The Westmont deal is one of several others Parker and the foundation are currently working on to get a stronger higher ed presence downtown.” —Independent 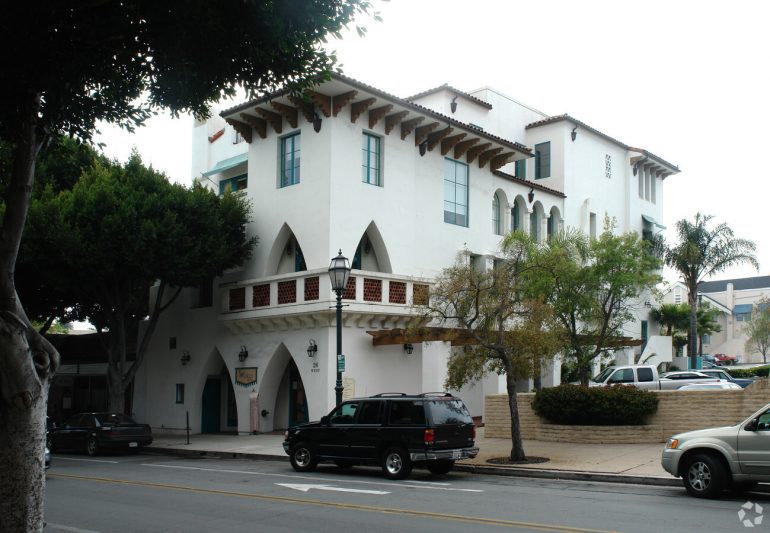