To reach 840 Toro Canyon Road ($5.95 million), you drive up Toro Canyon Road, then weave your way around the hillside on a narrow shared private drive. It’s a spectacular approach, although likely to turn off buyers looking to live in the area full-time. (The listing says the house is “moments from Montecito’s Upper Village,” but Google Maps says it’s more like 12 minutes.) Still, the views are fabulous, and if the Southwestern-style architecture is poured on a bit thick, the open-plan kitchen is more appealing than the photos indicate. (The curved staircase goes to a little observation room.) I do wish there was a pool. (Update: Photos removed at the listing agent’s request, but of course you can click the link to see them on Zillow.)

4477 Via Alegre ($14.4 million) is a new 5,588-square-foot house under construction in Hope Ranch, said to be ready for occupancy next month. There’s only one photo at this point, but I’m going to see the property this morning, so I’ll add some more thoughts later today. Update: The single-level house is an attractive update on an Old California hacienda—with the flow and outdoor areas you’d expect, but also with abundant light and contemporary finishes. I loved how the pool and guest house sit below the house, so they’re nearby but don’t dominate the view.

Here’s hoping someone restores 528 Brinkerhoff Avenue ($2.195 million), built in 1885, to its full glory. According to the listing, the five-bedroom, four-bathroom house “was used for residential and commercial uses over the years, including a personal residence, boarding house, health center, restaurant, and antique shop.” According to a 2016 article in the Independent, it was also home to “the Ten Lives Foundation, an orphanage for homeless cats.” 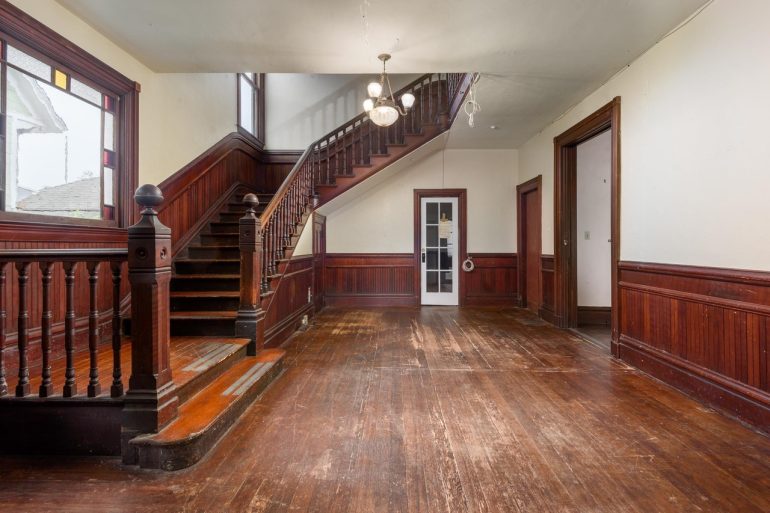 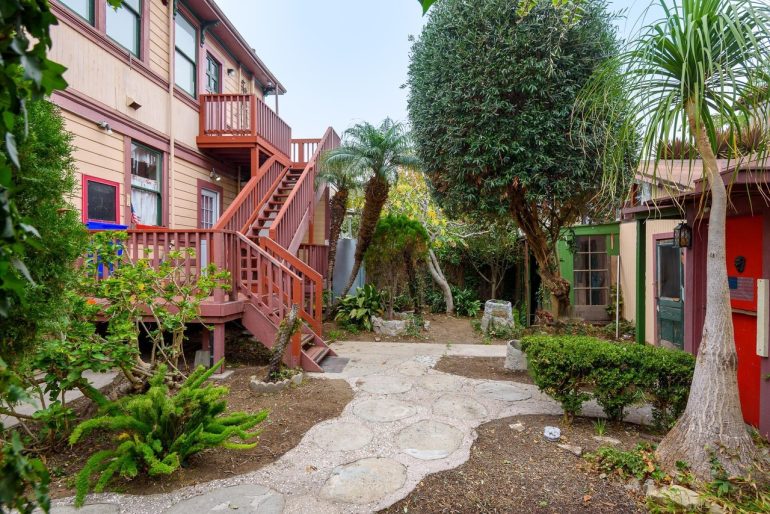 Speaking of fairy godmothers…. The 1921 house at 242 Ortega Ridge Road ($3.995 million) has character to burn, and as its next-door neighbor showed, there’s potential for something very special. The house sits right on the road, which is a drag, but the lot is an acre and ready to be transformed. 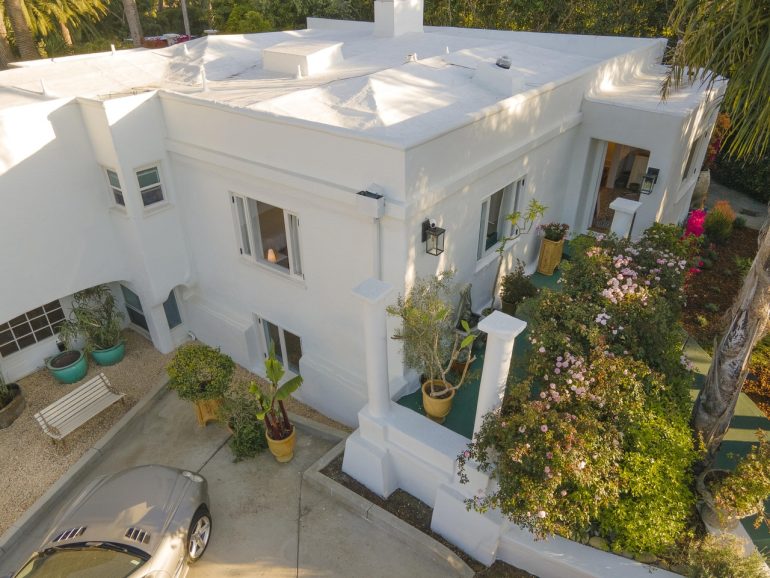 What a crazy world we live in when 1177 Mesa Road can ask—and probably get—$4.6 million, simply because there’s so much demand for the Coast Village area. Note that the house sits toward the back of the lot, so the usable yard is concentrated in front and covered in artificial grass. 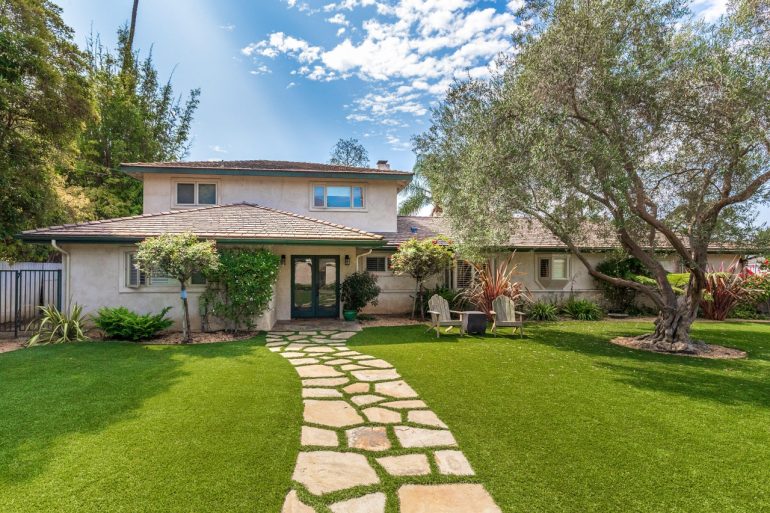 The 1962 house at 1110 Alameda Padre Serra ($3.195 million) has a higgledy-piggledy entrance, a wonky floor plan, and surfaces throughout that need updating, but holy pozole, look at the unobstructed, widescreen view through those floor-to-ceiling windows! 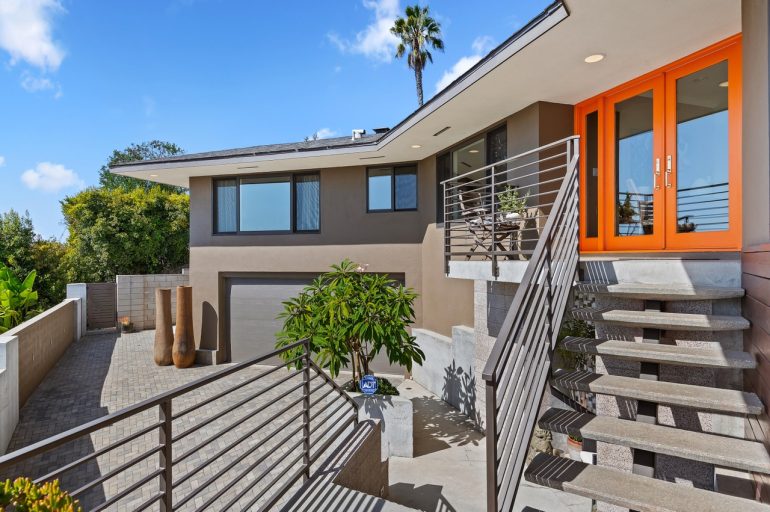 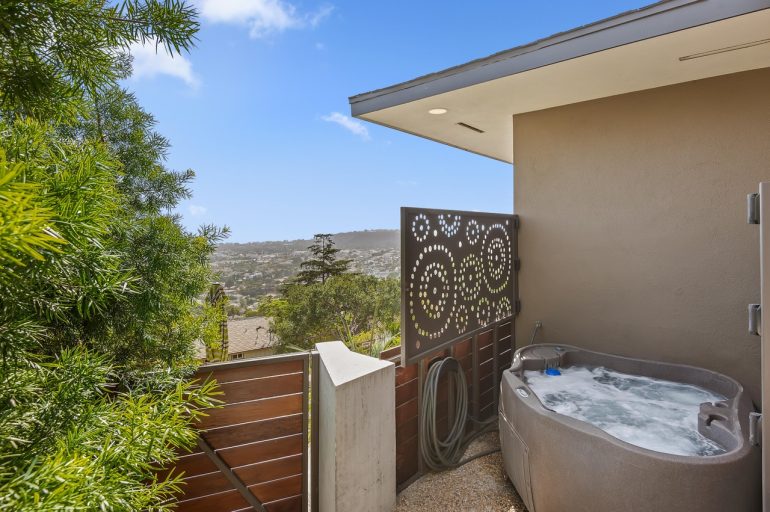 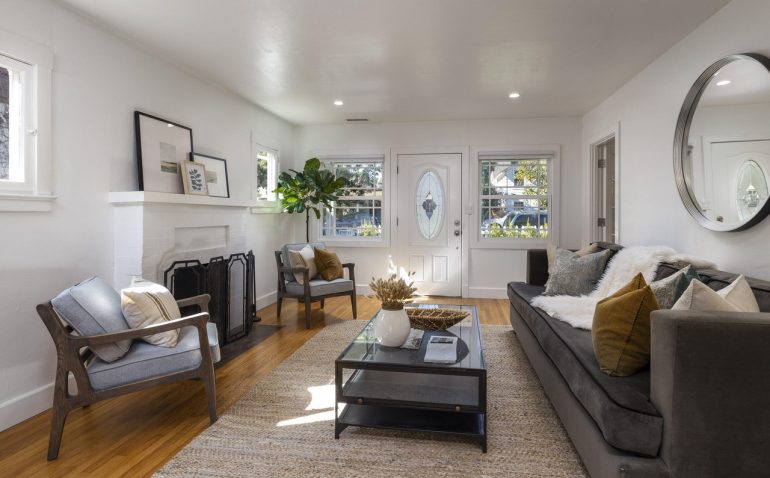 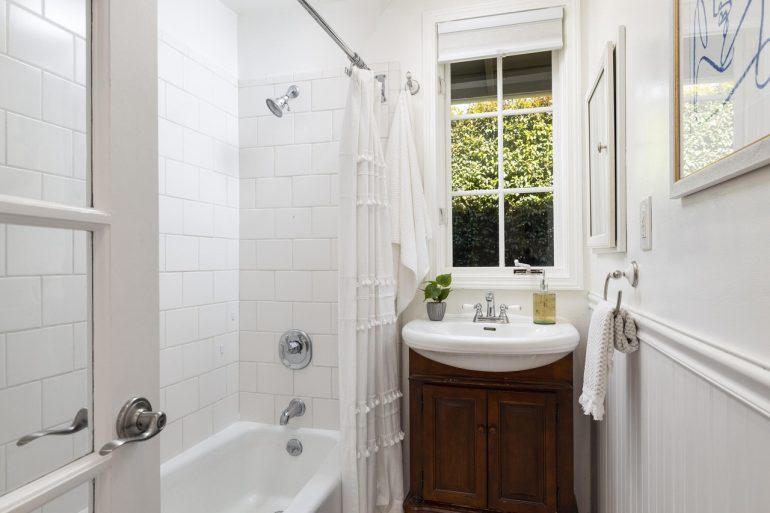