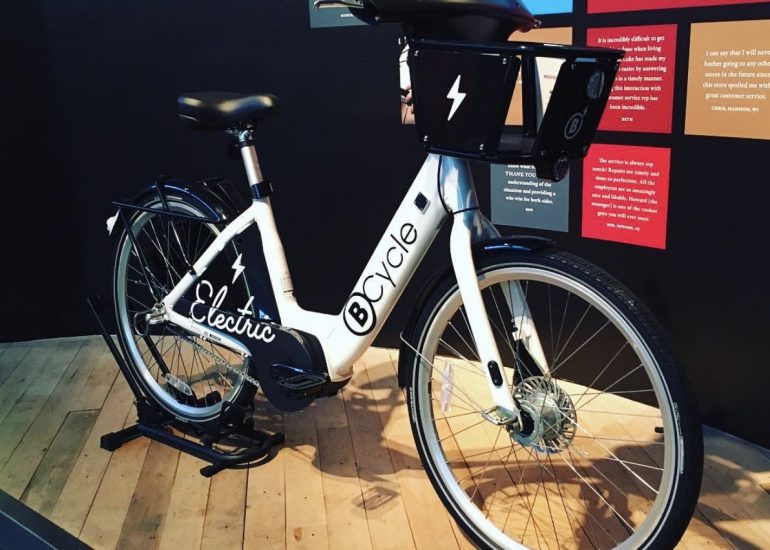 ••• “This May, about 250 Trek electric bikes will descend on downtown Santa Barbara, part of the city’s first bike-share program. The e-bikes, programmed to hit top speeds of 19 miles per hour with pedal assist, will cost riders $5 for the first half hour. […] Unlike ‘dockless’ bikeshare programs in cities like Seattle, where bikes tend to pile up, BCycle is proposing a docked system in which the docks look more like bike racks than corrals. The downside of a docked system is it can limit riders’ destinations to places with docks. In S.B., docks will be installed on city sidewalks, and benches will be removed to create space as needed.” —Independent

••• “After 11 years as the CEO of the Ganna Walska Lotusland Gardens, Gwen Stauffer announced that she would be stepping down from the position and retiring.” —Independent

••• “MarBorg […] will get more time to refine its proposal to build a new industrial building [at 2 S. Quarantina St.] near its headquarters. […] The company wants to build a 3,151-square-foot, single-story building for storage, along with a staging area for equipment and vehicles, a new trash enclosure, perimeter planters, and storm water basin. ” —Noozhawk

••• “Two years after state voters legalized the recreational cannabis industry, the county supervisors took their first steps to authorizing a merit-based selection process for the six storefront retail operations they opted to allow. […] The final selection for applicants should take place in the last quarter of next year. From then, it could be another 18 months before any of the new dispensaries are open for business, given the time required for permitting and construction.” —Independent

••• “Back with a new team, design and attitude, developer Ed St. George revived his 32-room hotel project on Tuesday, winning support from the Santa Barbara City Council. The council voted 6-0 to approve his project at 302 and 308 W. Montecito Street.” —Noozhawk

••• “Nearly two months after Governor Gavin Newsom signed a bill to eliminate local controls that might hinder the development of new granny flats ​— ​otherwise known as accessory dwelling units— ​the Santa Barbara City Council voted unanimously to enact an emergency ban on new granny-flat applications in parts of town where steep and narrow roads make mass evacuations challenging if not impossible. […] In this time, the council and city staff will attempt to craft local ordinances that comply with the state’s radical new hands-off doctrine when it comes to housing regulations, while also addressing the health-and-safety concerns. […] Whether it’s possible for the council to draft anything that meets the [state] Legislature’s newfound sense of urgency when it comes to California’s housing crisis remains to be seen.” —Independent