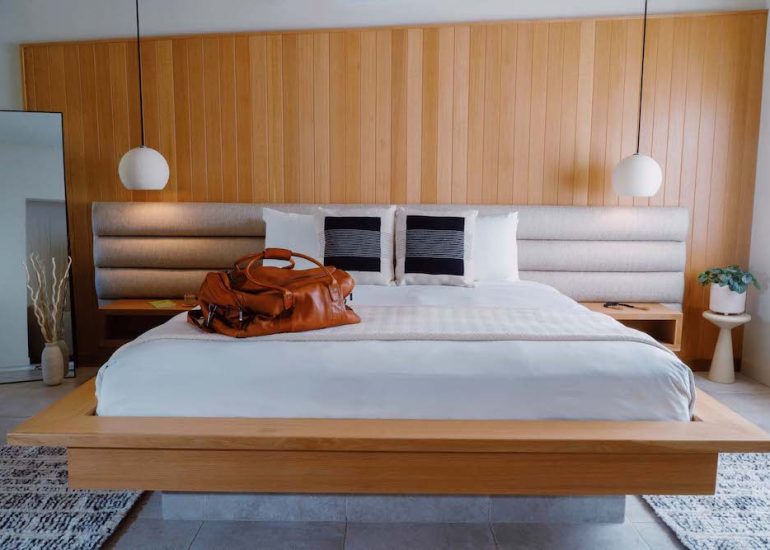 ••• Azure Sky, the Palm Springs hotel from Acme Hospitality (The Lark, Loquita, et al), is taking reservations starting May 9. Guests under 21 years old are not allowed.

••• The county released the results of its Point in Time count of homeless people.

••• “What Is America?”, the new show at SBCC’s Atkinson Gallery, includes works by Felix Gonzalez-Torres, Zoe Leonard, and Glenn Ligon. I’m not sure what Gonzalez-Torres’s strings of light have to do with the American Question, but who cares? They’re lovely.

••• This sticker on State Street reminded me of two things: 1) I haven’t seen the Santa Barbara Sentinel in a while, and the last one online is from September 2021, so I assume it has ceased publication again. 2) I don’t think the Montecito Journal ever followed through on its plan for another publication about architecture and home design called The Riv. When I Googled “The Riv,” I discovered that it’s also the name of a sex-toy store on Upper State. (Update: I added a photo of the shop.) P.S. What do you think “southern Santa Barbara” means? The Mesa? Or does it refer to the county? P.P.S. I hear The Riv—the publication, not the sex shop—launches in the next week or two. 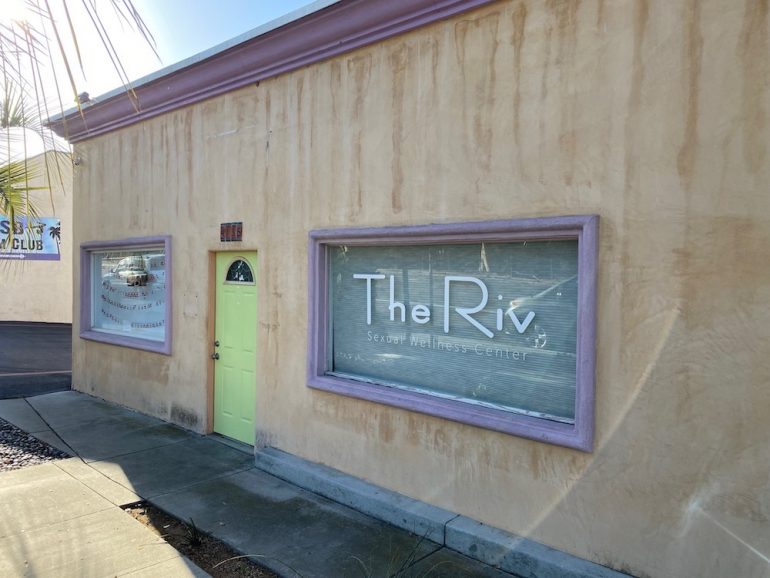 ••• Two more shows announced at the Santa Barbara Bowl: Lyle Lovett & His Large Band with Chris Isaak (June 19) and Jackson Browne (September 7). It’s getting hard not to notice how lily-white the Bowl’s lineup is.

••• The 14,000-square-foot “architecturally significant double historical residence designed by Wallace Neff and Thomas Church” at 4347 Marina Drive in Hope Ranch, which was on the market for $32 million, appears to have been foreclosed on.

••• From the City of Santa Barbara: “The Independent Redistricting Commission, which has been working with the public to adjust the lines of voting districts in accordance with population shifts, has voted to narrow down the map choices to a final four versions to consider for approval. The maps being considered and their demographic data can be found on the City’s website.” And here: 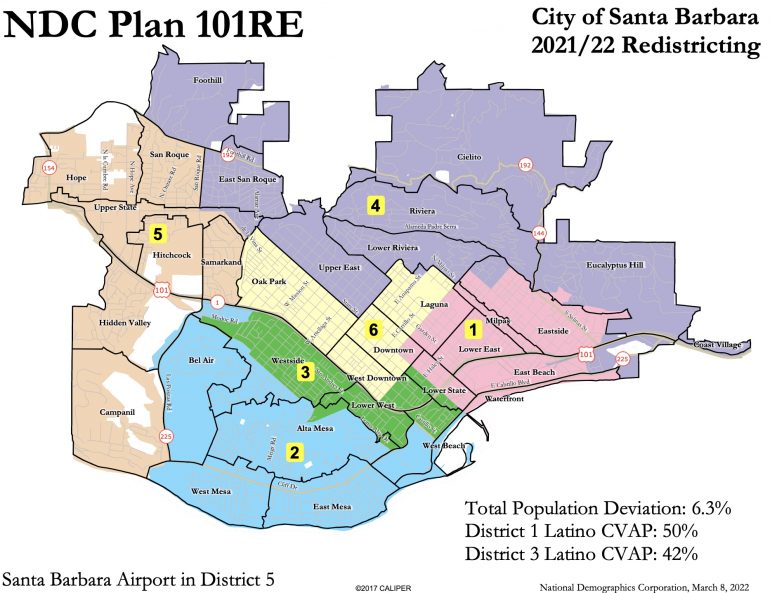 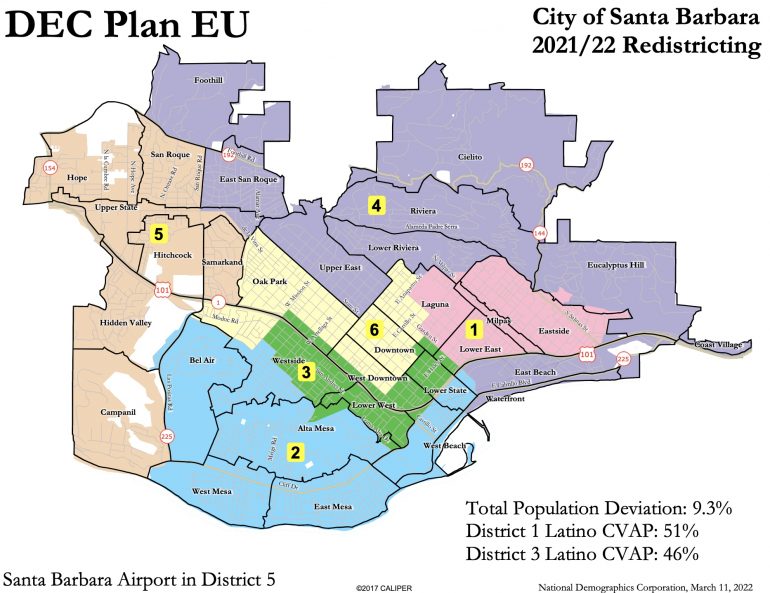 Santa Barbara Bowl has always been lily white! You want diversity – valet the car and hit up a Hispanic, Indonesian or Native performance at the Samala showroom.

I don’t understand how they could let that house go into foreclosure over a relatively small amount compared to its value. Why didn’t they just reduce the asking price for a quick sale?

It’s a shame about the bowl because they would have great success booking legacy or contemporary latin acts. J Balvin, Tucanes, etc. would do huge there.