••• The Outstanding in the Field dinner series is coming back to town on February 10 (chefs from the Dutchess) and February 11 (Bettina). Photo courtesy Bettina, which also cooked at Rancho el Rincon last year.

••• Funk Zone restaurant We Want the Funk posted a countdown clock on Instagram implying that it’s opening this weekend. When I reached out to confirm, I was told it’s still a maybe, pending final city inspections. UPDATE: WWTF now says that this weekend is looking very unlikely.

••• And L’antica Pizzeria da Michele says its final inspection is on the calendar, too, and if things move quickly, it could be open this weekend. For both it and We Want the Funk, keep an eye on their Instagram accounts (@wewanthefunksb and @damichelesantabarbara) for the latest—and if you go right when a restaurant opens, BYO patience.

••• Kin Bakeshop announced that its pop-ups at Your Choice restaurant have come to an end as it prepares to open its own space in Turnpike Center “in a few months.” Also, it has a Kickstarter going if you want to lend a hand.

••• The Here’s the Scoop ice cream shop on Coast Village Road has closed. According to the Montecito Journal, “it will reopen as a different concept. Rumor has it that the new concept will be a nostalgic pharmacy or drug store, complete with an ice cream counter.”

••• An Independent article about Acme Hospitality’s new Palm Springs hotel, Azure Sky, includes the news that the company is working on a restaurant in San Juan Capistrano.

••• UCSB student Julian Parks is also a sushi chef for hire: “I mainly work around my own interpretation of traditional Japanese sushi with a slight hint of French and Peruvian inspired flavors.” 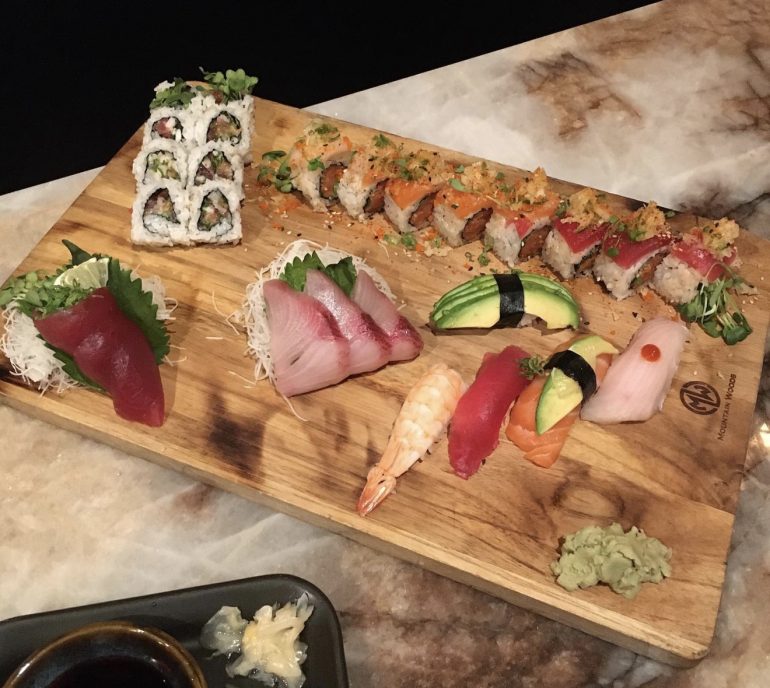 We had the worst experience at Outstanding in the Field; nothing outstanding about it! Such a shame as we were so excited!! :(

serving on a long ass table seems like such a nightmare, and it seems they always have it at a windy spot

Really sad to hear that Here’s the Scoop has closed. :-(

Started visiting Here’s the Scoop when it was downstairs. Was impressed it kept going there. Last most recent visit indicated that things were not great. Missing flavors and a few looked too glossy- indications of on display too long. Sad departure.

First impressions of Corazón Comedor: The first of many new endeavors from Corazón Cocina founder Ramon Velazquez specializes in hearty, homestyle food—tamales, quesadillas, and tacos—some of which is made by his mother. Menu and photos at SitelineSB.com ...