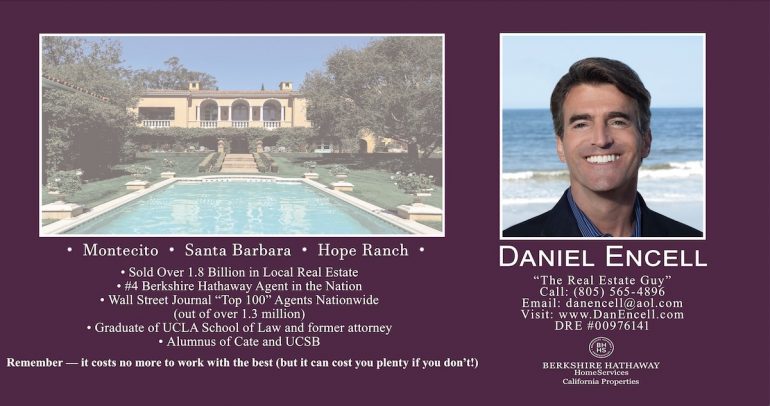 HOT PROPERTY
Notable sales from the past seven days: Golden Quadrangle mansion for $15.8 million; architectural exotica in Hope Ranch; Hedgerow development site for a big price; 1928 Carleton Winslow on Eucalyptus Hill; penthouse in Jeff Shelton’s El Andaluz Building; and more. See what sold—and for how much.

ODDS & ENDS
••• Santa Barbara Hives’s new shop is a keeper (above).
••• A visit to the cool Neal Feay aluminum fabricator.
••• The Presidio state park has reopened with improvements.
••• New needlepoint shop in Montecito.
••• Southbound 101 onramp in Summerland is slated to be completed by November 1.
••• A real steal in Ojai.
••• Jewelry pop-up at the Montecito Country Mart.
••• Slow news day at the News-Press.
→ Read the post.