FOOD STUFF
••• The Sportsman lights up on State Street.
••• Word on the street about the plan for the Mackenzie Market building.
••• Likely new owner for two Stearns Wharf restaurants.
••• A “dessert adventure” at Alessia Patisserie & Cafe.
••• Ray’s Liquor on the Westside has closed after 34 years.
••• The 7-Eleven on Milpas is reportedly in flux.
••• Things are looking grim at Juice N Things in Carpinteria.
••• Activity at a State Street restaurant space.
→ Read the post.

ODDS & ENDS
••• A visit to the Montecito Tea Gardens (above).
••• The Harlem Globetrotters are coming to town.
••• Two worthwhile jazz shows at the Lobero.
••• Alt-J and Portugal. The Man add a second show at the Santa Barbara Bowl.
••• The Kimpton Canary hotel will undergo a rolling renovation.
→ Read the post. 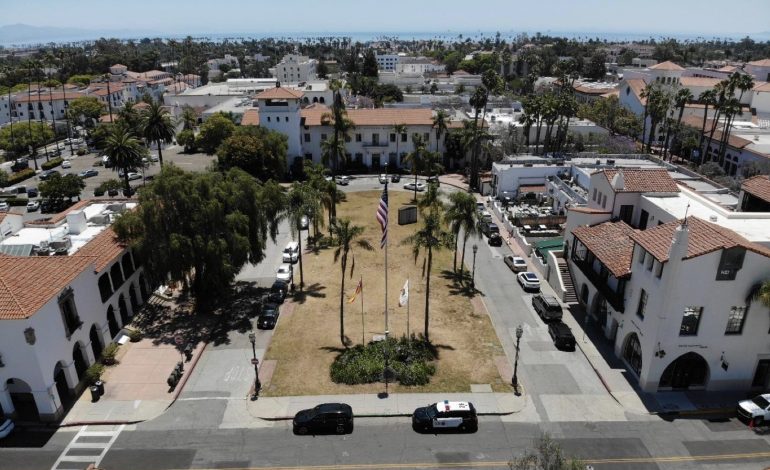 WHERE IN SANTA BARBARA…?
Know where this was shot? Prove it in the comments.