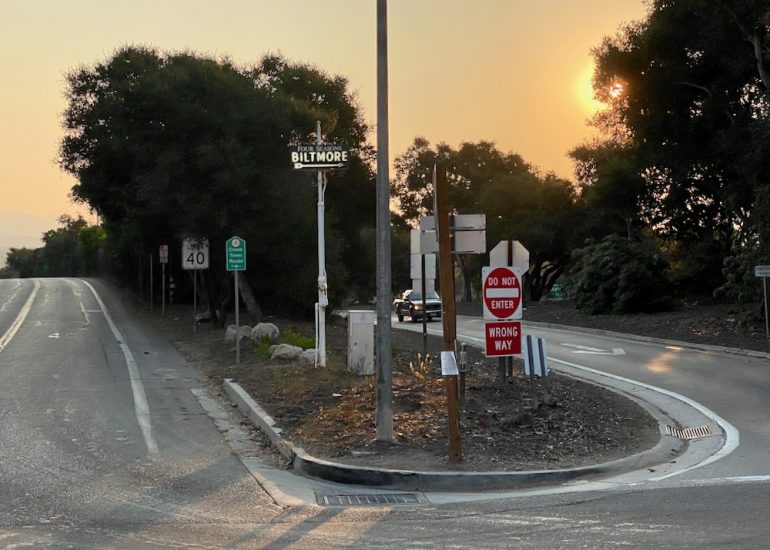 ••• Dan asked whether there are plans to save the wonderful old neon Biltmore sign at the end of the Olive Mill offramp, now that roundabout construction is about to start and the hotel has been dormant for years. “Yes, it will be relocated,” said Kirsten Ayars, spokesperson for the Highway 101 construction. “The location is being worked out.”

••• And a couple of readers have requested an update on Aloha Fun Center‘s plan for a roller rink and laser tag on the first floor of the former Macy’s store (State/Ortega) in Paseo Nuevo. The company hasn’t responded, but the “coming soon” signage has been taken down and the last Instagram post was in May. Paseo Nuevo had no comment. And while a listing agent for the building said he didn’t know one way or the other, according to Loopnet, the entire building, including the first floor, is available now. UPDATE: The manager of the Santa Barbara location told a reader that the rink is definitely not happening. 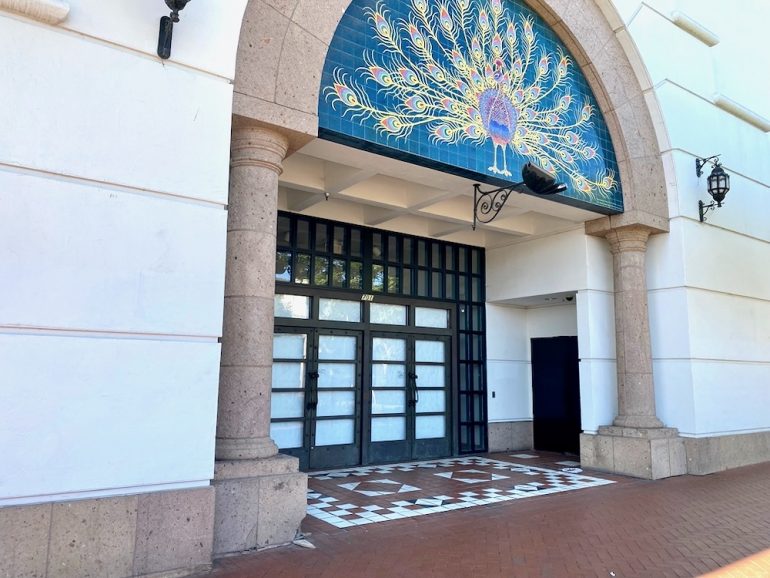 ••• The former Trattoria Mollie space at 1250 Coast Village Road finally has a new tenant: Montecito Fitness, a personal-training gym. It’s still getting built out, but it’s planning to open January 2. Here’s a rendering. 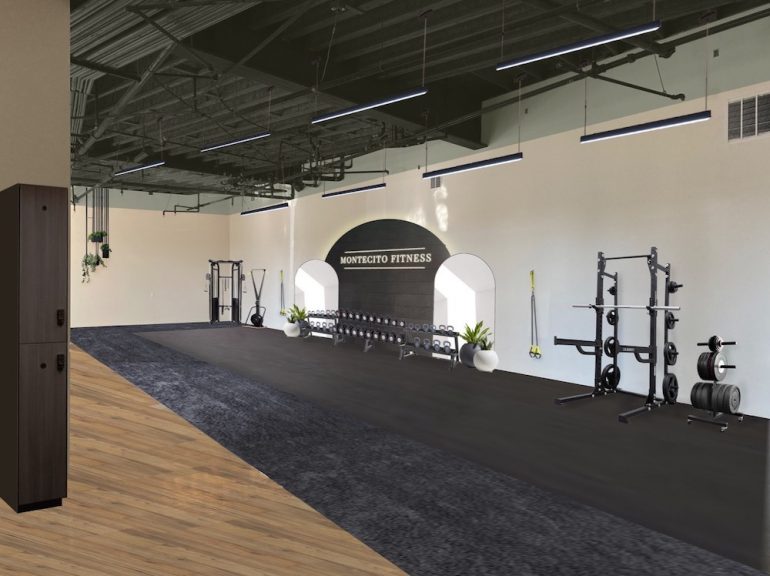 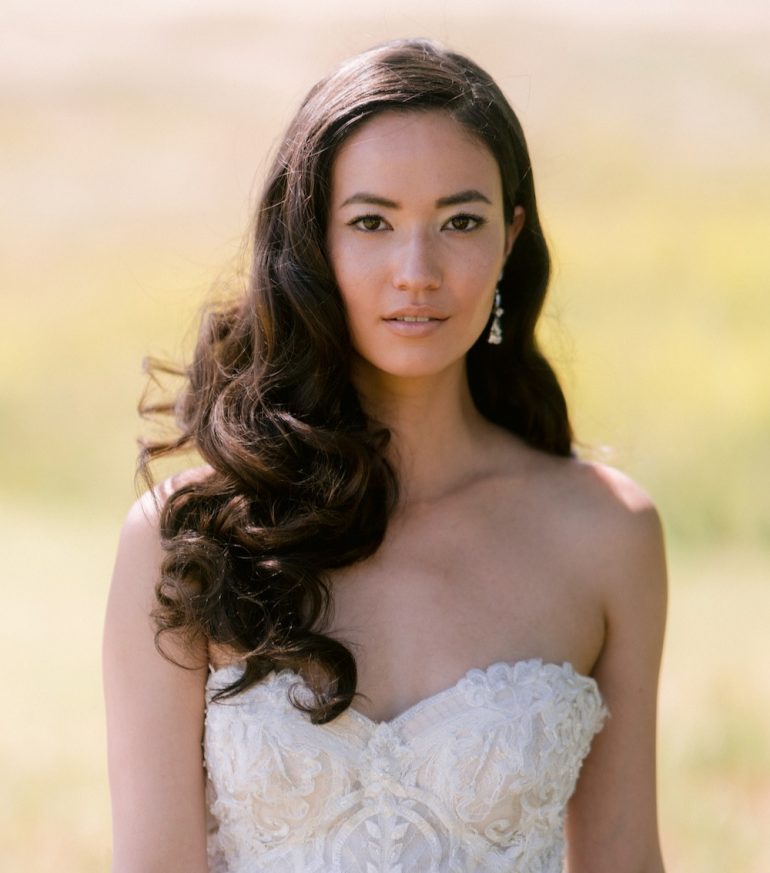 ••• A new hair extension and bridal accessory store called Cheveux Extensions by Mar is soft-opening tonight, with a grand opening planned for Valentine’s Day. “We are a sister company of Team Hair & Makeup (which has been around for 20 years in Santa Barbara servicing high end weddings all over the world!). Several years ago I saw a need for brides to have hair extensions that look natural and undetectable. We think of them as a push-up bra for your hair! Ha! So I developed a line which is made by hand in Ojai. We’ve been selling online and to our brides (we do 350-400 weddings a year) ever since. We’ve had such positive response that we decided to open a store at 1213 State St. suite M across from the Granada Theatre. In addition to our hair extensions we are also offering veils, bridal getting-ready robes, gifts for bridal parties, and of course, a line of wigs and hair extensions.”

••• Yet another hotel has changed hands: the Best Western Plus Pepper Tree Inn at 3840 State Street (across from La Cumbre Plaza) sold for $17.55 million to an LLC founded in Delaware. The hotel has been operating at diminished capacity for a while now. 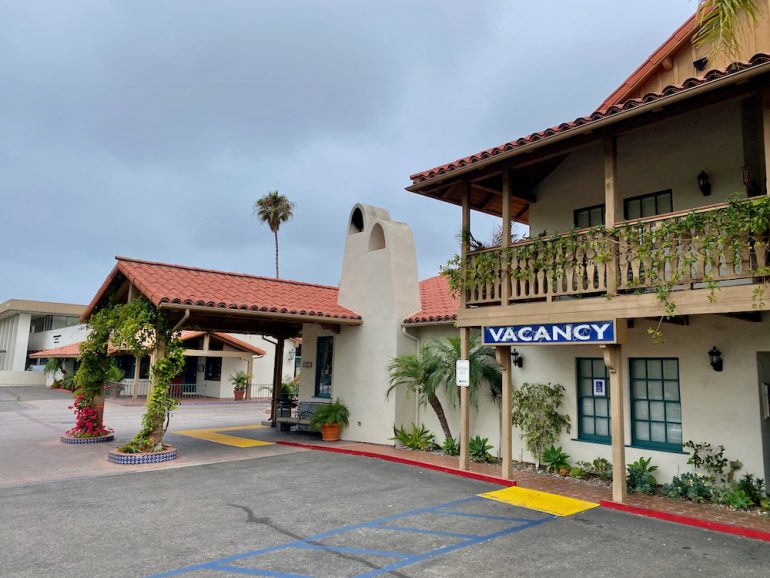 ••• A Travel Channel show called “Ghost Adventures” looked into 430 Hot Springs: “The house is surrounded by death and strange happenings—a home where some people walk in and immediately walk out, while others didn’t make it out alive. This mansion was once home to generations of Montecito’s wealthy individuals. Today it is a hospice and senior center, where some of the staff have tried to make contact with the spirits.” It’s also on Airbnb, if you’re seeking a thrill (via Edible Santa Barbara).

Thank you for the Biltmore sign reportage, Erik. This is terrific news for everyone!

For some, a haunted place to stay is a selling point. Not for me, however.

Is UCLA Health still planning to move in to 111 E. Victoria St?

I see no reason it wouldn’t be. Always remember, folks, that word of a lease being signed doesn’t mean the tenant will open anytime soon.

The new owners of Paseo said no to the rink. They also ousted a locally owned business to make room for some scammy face lotion business offering ti pay more. Macys will be used as a storage. The new Paseo owners are from out of town and do not care about what the city needs. They will try and make as much money as possible and then sell it in a few years once it’s full of unsuccessful and unwanted out of town businesses.

Are all the dishes on the left side of the first page of the menu pictured tacos? Sounds really delicious. — Christine_Z28

My family went a few days ago and loved it. Delicious. — Adam

San Ysidro Ranch is one of the most beautiful dinning experiences in California. We are locals and dine there often - always perfection. — Bruce

Thank you so much! Love all these shops so much! — Jen Huang Bogan

Domecil is such an amazing shop: they have high end artisan products which are so beautiful that I hang my blue and white striped basket… — Meridith Moore

Shopping online is boring! Shopping in person is fun! Go find great things for the people you care about at our many terrific independent stores, including Field Trip and Mācher. Shop Local Gift Guide, part 3: SitelineSB.com ...