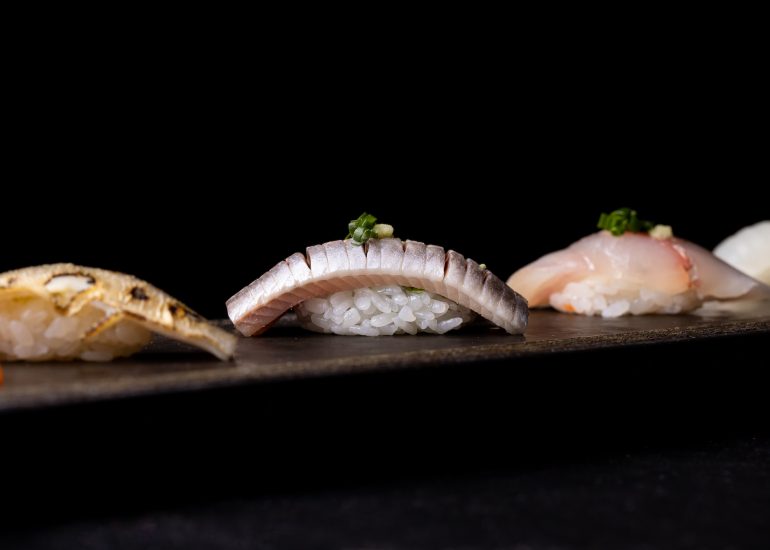 ••• The Rosewood Miramar Beach’s sushi restaurant, AMA Sushi, quietly opened last night. From the release: “The restaurant derives its name from the valiant women who swam the ocean to collect fresh seafood for their villages,” and it’s pronounced ah-mah, not A-M-A as in the American Medical Association. “The restaurant is helmed by executive chef Kentaro Ikuta who hails from Osaka where he refined his craft before moving to California, spending the last thirteen years at Michelin-starred omakase concepts. Chef Ikuta is joined by chef de cuisine Scott Yonamine, who was most recently in Tokyo at Musahi Sushi, and sushi chef Wendy Ramos from Southern California’s renowned Nobu Malibu. […] AMA Sushi can be experienced a la carte or as an omakase meal.” I couldn’t get my hands on the menu, but I did find out that the two-hour omakase option is $185 per person, excluding beverages (and presumably gratuity and tax), and there’s a sake pairing for $130. To put the price in some perspective, Caruso’s and Sushi Bar Montecito are each $145 per person. I’m not generally inclined to drop that kind of money on sushi, so if you go, let’s hear what you thought. A photo of the à la carte menu would be welcome, too. (Photos by Jakob Layman.)

••• Speaking of Japanese food, Mokutan, taking over the Choppa Poke storefront on State (De La Guerra/Ortega) has soft-opened; of special note is the kushi section. Not everything is available yet, and the restaurant is currently closed Mondays and Tuesdays. 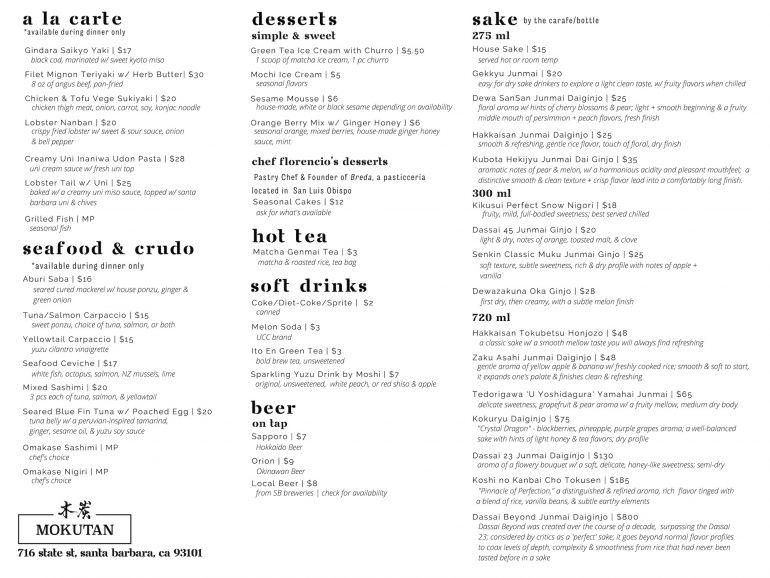 ••• And on the same block, Restaurant Guy says that Kai Sushi “has closed or gone on vacation.” Since the restaurant has been on the market, I’d bet on the former.

••• L’Antica Pizzeria da Michele—coming to the former Embermill space on State Street (Figueroa/Carrillo)—posted that it’s hiring, so here’s hoping for an imminent debut.