Villa Tragara, the Moorish-style estate at 848 Hot Springs Road in Montecito built by Kinka Usher, director of television commercials, has officially come on the market for $29 million. (That’s $6 million less than when it was first floated out in July.) According to a Wall Street Journal article at that time, Usher “was inspired by a childhood trip to Spain, where he was impressed by a Ferrari Dino sports car and the Alhambra” in Spain.

According to the WSJ, the house is very much Usher’s vision: he “spent two years and multi-millions building the house, sketching the designs himself.” As with most passion projects, there’s both a dedication to quality (Usher “imported almost all the floors from Europe, and spent around $400,000 building a large swimming pond on the grounds”) and a concern that the idiosyncratic choices narrow down the buyer pool. (The number of folks willing to pony up $29 million for a four-bedroom house—and that might include the attached guesthouse—has to be pretty small to start with.) But it sure is fun to look at!

The building itself is not like any other in the area…. 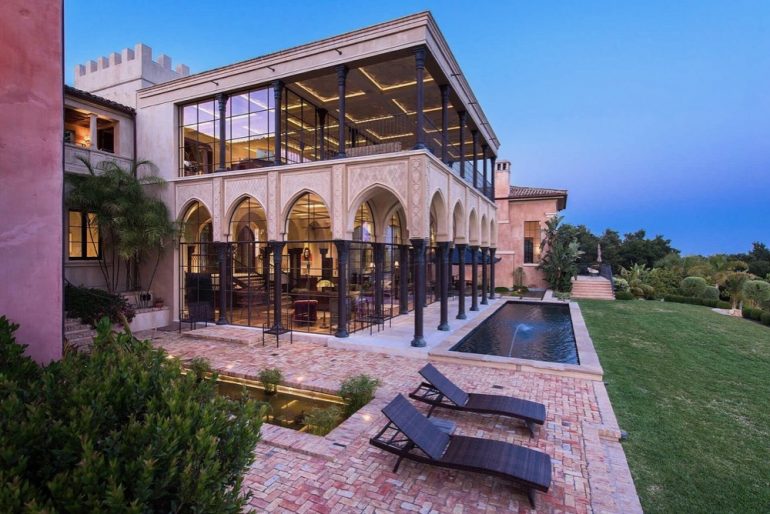 The interiors are as dramatic as you’d expect. One does wonder what Marxist revolutionary Che Guevara, whose portrait hangs in the house, would make of the place….

Here are the game room, home theater, and garage. If ever there was an opportunity to show Casablanca on the screen….

Even the hallways, staircases, and terraces are spectacular. 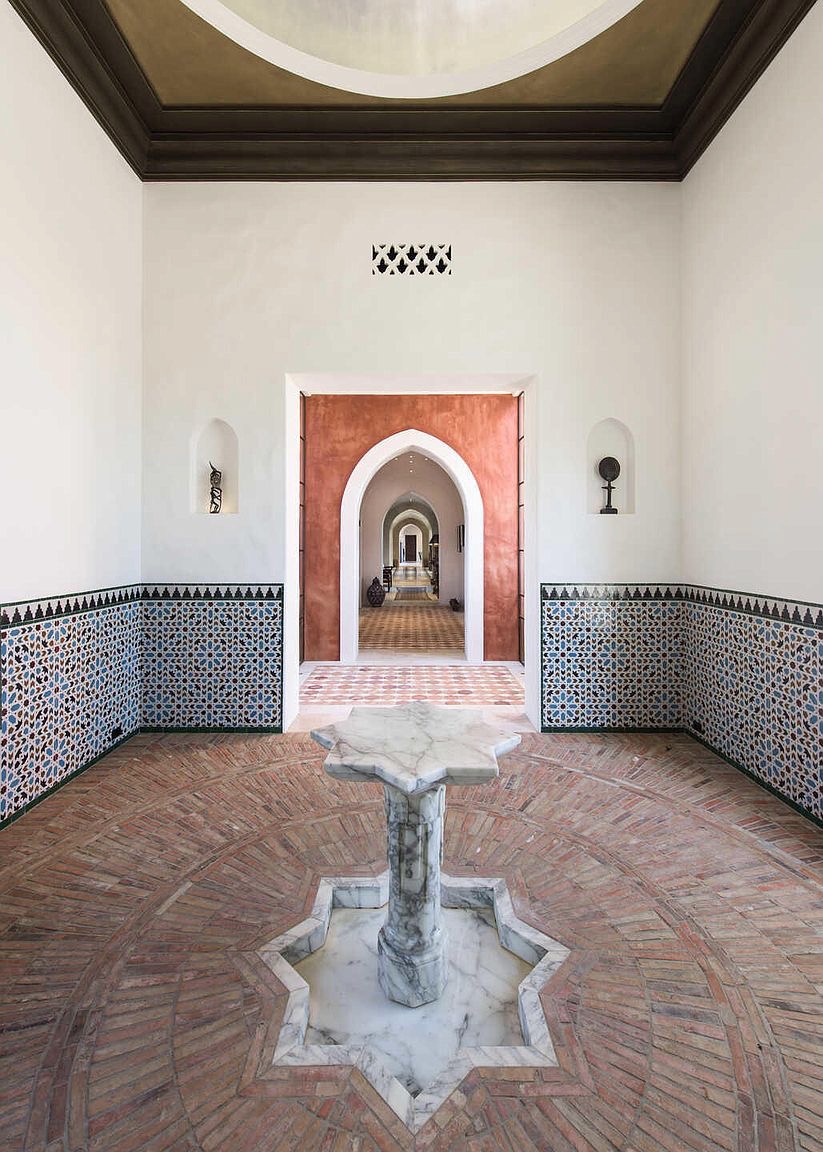 “The grounds have a koi pond with a Japanese-style pavilion, bocce and pickle ball courts, an olive orchard, a heated pool, a fire pit and a series of lawns large enough for hosting large parties and events,” says the WSJ. “There is also a 16-seat covered pergola for outdoor dining.”

As for Mr. Usher? “He is selling because he wants to spend more time in Europe, where he owns a villa in Capri.”

Contact Eric Haskell of the Agency for a showing. Be sure to tell him Siteline sent you.