Oceanfront for $3.3 million? Believe it: The 1950 house at 5 Santa Cruz Boulevard in the Mesa—in the above photo, it’s the one with the three big picture windows—has hit the market. The current owner paid $2.275 million two-and-a-half years ago; it doesn’t seem as if $1 million has been put into it, but some improvements have been made.

The house is small, just 1,400 square feet, with interiors that range from undistinguished to acceptable. The kitchen, in particular, is a standout. According to the listing, it has “custom walnut cabinetry, hand painted tile backsplash, quartz counters and Viking and SubZero appliances.” The floors throughout are “wood tile”; perhaps that’s preferable to real wood in an oceanfront climate?

If the ocean breeze gets to you, you can hang out on the ipe deck on the other side of the house.

Last but certainly not least, there have been substantial upgrades to the infrastructure—including a “new roof, new air conditioning, new electrical and new plumbing throughout.”

Stop by this Sunday, 1-4 p.m., for the open house. Or contact Kathleen Winter of Berkshire Hathaway for a showing. Either way, tell her Siteline sent you. 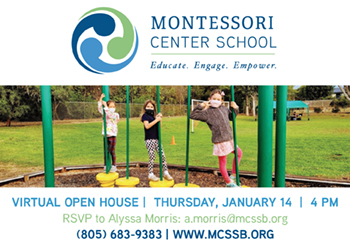 These rules are not enforceable. The Secretary of Interior ruled on this on 8/29/2019. Order number 3376. This dictates how the US Forest Service establishes… — DJT

I recently moved here from NYC. One of the main reasons I loved Santa Barbara , aside from the beach, was the Funk Zone with… — beth finkelstein

I feel like city council is going rogue here. I genuinely don’t believe most of our citizens support a total ban on all new natural… — BW