••• “Yes, Covid-19 cases are steadily increasing in Santa Barbara County, Supervisor Gregg Hart admitted Friday. […] Hospitalizations have consistently risen over the past month, data shows, and ICU patients peaked this week at 22 [….] However, Hart went on, overall active cases are actually on a decline―from 315 last Friday to 254 this Thursday―and Santa Barbara County’s hospitals are in no danger of being overwhelmed.” —Independent

••• “The Santa Barbara & Goleta Chamber of Commerce announced that they have decided to cancel the 2020 Goleta Fireworks Festival as the Covid-19 pandemic remains prevalent in the communities.” —KEYT

••• And the city of Santa Barbara sent out a reminder that it’s not holding a July 4 event: “There are no plans to stage or make accommodations for live music, food trucks, or other related public celebratory events for the Fourth of July holiday. This year, Cabrillo Boulevard and Lower State Street will remain open to vehicle traffic and no parade is planned.” And before you whip up Evites for your own party, bear in mind that “events and gatherings of 10 people or greater are currently not allowed indoors or outdoors.”

••• “Call if you can—text if you can’t” is the slogan for Santa Barbara County’s newest emergency service: Text-to-911. The program allows community members who are hearing and speech-impaired, or anyone who is in a situation where it is too dangerous to speak over the phone, to text the emergency number for help.” —KEYT

••• “Cottage Health Ready to Open the Doors to New Urgent Care Center in Goleta […] The Hollister Village facility, which will start serving patients Tuesday, is the first of 10 planned along the Central Coast from Camarillo to San Luis Obispo. […] The center will be staffed with certified nurse practitioners, radiology technicians and clinical concierges.” —Noozhawk

••• Developer Ed “St. George is now seeking City Council support for major changes he hopes to make to a four-story development plan approved—but not built—at 711 N. Milpas Street [at Ortega]. […] The project—on the site currently occupied by Capitol Hardware—would be considerably higher—by seven feet—than the development project approved by the council last year [….] It would also designate that 20 percent of its 82 rental units would be affordable. Under the current approved plans, none of the rental units are affordable. […] St. George’s proposal would also give preferential weight to applications by police officers and teachers.” Why draw the line there? Not firefighters? Nurses? Sanitation workers? Supermarket clerks? Anyway, the style would also be changed to Spanish instead of the boxy contemporary design (below) currently approved. 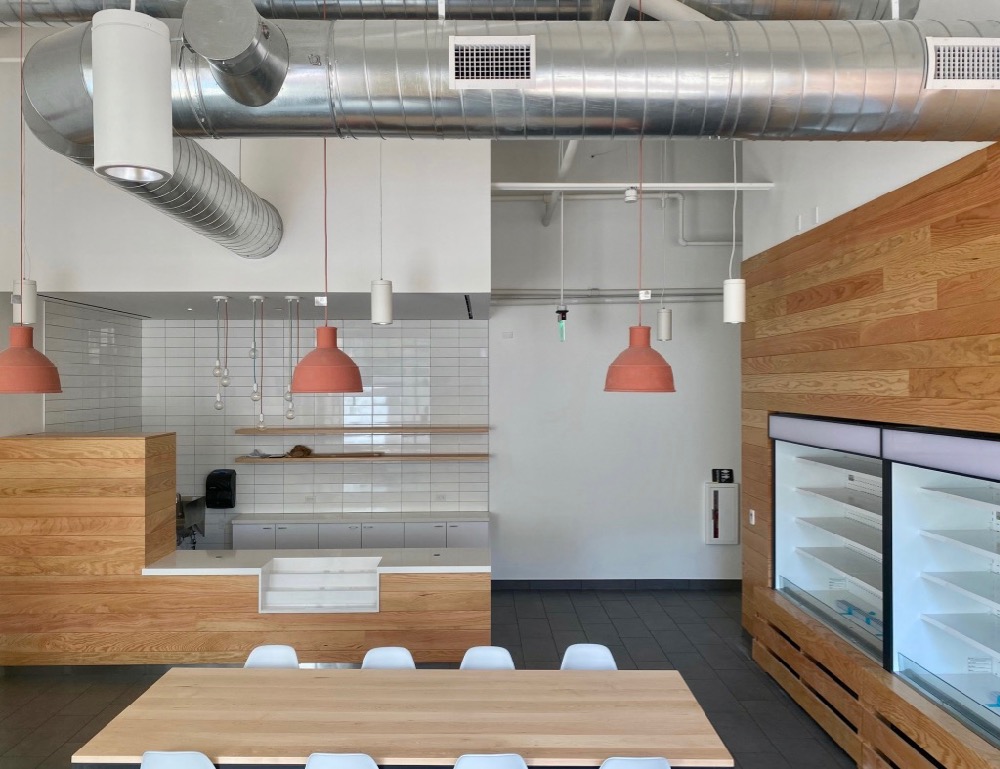